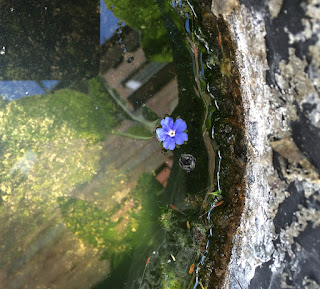 Backwards Through The Looking Glass "Through Darkness Into Light" LP (backwardsthroughthelookingglass.bandcamp.com)

Backwards Through The Light make astonishingly provocative soundscapes that are mysterious, deceptive and bold. Their latest release "Through Darkness Into Light" is divided into three parts that where edited down from twenty five hours of material. As the breathing drones move throughout the pieces, other sounds come into play at various times. Some make me think of what it be like if aliens were trying to communicate with humans through a spoken electronic code. At other times what sounds like long drawn out notes on a violin filter into the mix. The drones build and build, triggering ghost tones throughout your brain. All of it really creates a dream like state that's colorful and bright and would make an ideal soundtrack for a futuristic film. An absolutely beautiful yet haunting release that evokes a sense of travel and a quest to discover realms of the unknown. Highly recommended. 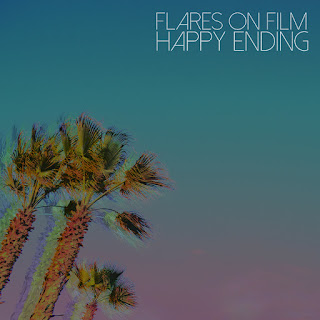 Based out of Bari Italy, Flares On Film channel a wide variety of experimental sounds and mix them with captivating beats, vibrant guitars and soothing bass lines that follow in the footsteps of bands like Air and Zero 7. Standout track "Slow" is a hypnotic synth driven masterpiece that locks into a highly appealing spaced out groove. There's an enigmatic quality that radiates throughout the track. The pulsating tones of "Silent Nails" push the envelope more as it moves with a liquid like flow while "Little Gale" is even more ambient, adding balance and intrigue to an already fabulous record. "Butterflies" offers an upbeat dance feel and a swinging blues based guitar part backed by a rolling bass line and siren like noises. Things come back down on "Coloured Cage" as it's layers of sound create a beautiful wash of atmospheric bliss. I fine effort that leaves me wanting more. 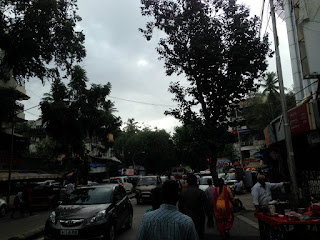 Ohio musician Sean Fenton creates an extraordinary collection of tones, drones and soundscapes on his latest E.P. "Pacific Loops". The tracks were all written and recorded in a very impromptu manner in Philadelphia, Hong Kong, Mumbai, and Brisbane and include guitar contributions from Fenton's friends Alex Lombardi, Jay Sibthorpe, and Daniel Lechmere. "Loop 1" makes me think of hundreds of bells all sounding out at once while a cold organ peacefully drones alongside them in a meditative like state. The flourishing tones captured in "Loop 2" make use of a flickering drum machine beat, and giant waves of sound that crash like ocean waves while "Loop 3" features a beautiful reverse guitar drone backed by what sounds like a reverb drenched steel drum. My favorite track "Loop 4" makes use of multiple manipulated voices, that makes for a mesmerizing collage that is second to none. "Loop 5" harnesses feedback and pianos to make a triumphant piece that is uplifting and insightful. A remarkable E.P. that captures what the spirit of ambient sound work is all about. 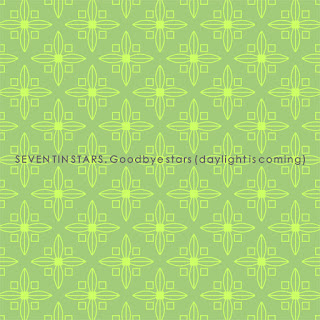 Gijón Spain's Seven Tin Stars latest album "Goodbye Stars (daylight is coming)" is full of delightful dream pop songs that are peaceful, catchy and warm. The textured drones of "Certainly Relief" flow like the opening credits of an abstract film and quickly give way to the uplifting spirits of "Skyline To Reorder" which offers shades of MBV and Cocteau Twins. "Japan Is An Island" moves with elegance and grace with it's jangling guitar twang and swaying bass line while the galloping drums and dark presence of "Celluloid" make it one of the records stand out tracks. The album is rounded out with the trance inducing ways of "Summer Of 42/Beach House" and hook filled "Heart And Thorn". There is a comforting presence that radiates throughout this record that's promising and pure, taking you on a pleasurable walk through 90's shoegaze and dream pop territories. 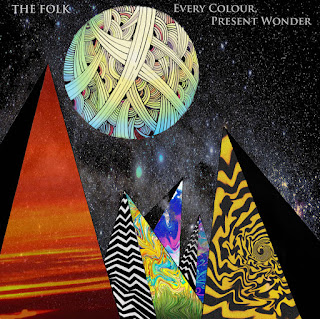 The Folk create a unique brand of psych pop, rock n roll on their new album "Every Colour, Present Wonder" that is truly in a league all their own. I am seriously floored by the bands approach and way of perfectly blending such a large array of influences into this incredible record. Opening number "Avery" kicks things off in a big way as the powerful voice of Sara Bortolon-Vettor sets the mood with a commanding presence that immediately draws you in. The soothing atmospheric force of the music is driven by a seductive bass line, pin point drumming and layers of euphoric guitars. The pace quickens and intensity levels rise throughout the vibrant sounds of "Fire In The Back Room". There's also a blast of indescribable guitar noise and reverb fueled tones that sound like they are straight out of the attic of a haunted house. "Edith" is full of swagger and sway like a cross between The Velvets and early Roxy Music. There's a trashy sounding sax solo that really adds a nice touch to it all. "Toadally Man" follows suit bringing a dash of Bowie like flair to the plate and "Our Lives Lie" is one of those amazing songs that you just can't stop listening to. It's hook filled melodies and catchy chorus is top notch across the board. "Promise Me" is loose and laid back but with a bit of a menacing tone while "I Was Not Awake" is more upbeat and energetic. The band venture into more 60's psych pop territory on "Honest Man" as it's acoustic guitar's and glistening keyboards bring out another side to the record all together while "Forgive Me" and "Snow Falls" are delightful indie pop pieces that shows off the bands superior writing abilities. Things wind down with the folk blues shuffle of "Save Us" which brings to mind the likes of early Marc Bolan and Queen. Overall "Every Colour, Present Wonder" is a phenomenal album that holds weight alongside classic bands of yesteryear and are light years ahead of most of their modern day rock n roll peers. 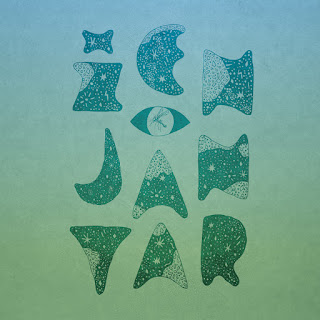 The Croatian four piece audio visual band known as Žen impress with their second album "Jantar". From the first notes of the fuzz drenched anthem "drencJa ću biti bor" you know your in for something special as the massive guitars and crushing drums punish your speakers with blistering intensity before diving into a sea of lulling soundscapes and liquid like experimentation. A collection of pulsating synths and an intoxicating drum and bass groove set the pace for the math rock feel of "Igra protona, elektrona i neutrona" while the intricate guitar based "Žal" is simply epic, with it's layers of beautifully abrasive sounds. "Slava Raškaj" gives a nod to "Disintegration" era Cure while incorporating their own brand of passion and flair to the mix. The band are not shy about adding new elements to things either like the vibrant percussion that opens the delicate feeling "Kraj početak". The enticing tone of "Slavenska bajka" really caps off the album well, as it's chanting vocals and mysterious mood solidifies the album as one of the most well defined releases of 2015.