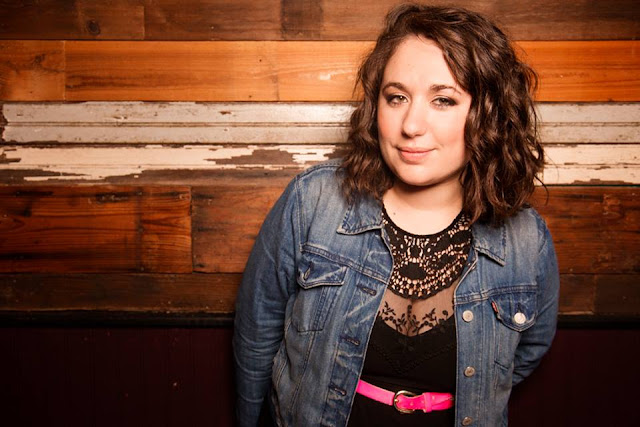 New York City comedian Liza Treyger has spent the past year traveling the country performing at events like The Bridgetown Comedy Festival and Just for Laughs Chicago while making appearances on shows like Chelsea Lately and MTV's Joking Off. She recently appeared on Comedy Central's The Half Hour and released her debut album Glitter Cheese. We sat down with Liza to talk about how she got into comedy, her love for New York and Chicago, strange comments from audience members and her plans for the end of the world.

CMM-When did you know you wanted to be a comedian and what comics did you enjoy the most growing up?

Liza-I didn't know stand up was an actual thing at all. I remember as a kid loving Kings of Comedy and Ellen DeGeneres HBO specials and watching them over and over. When Superbad came out I was like "I want to to write a movie that's this funny" and then a guy from High School invited me to this open mic night. I wasn't planning on performing, but then I thought hey I could do this and I loved it and I started doing it every night.

CMM-When did you first start performing and what's the weirdest place you've performed so far?

Liza-I started performing in March of 2009. So far I've performed at a wiener street fest in daylight just while people were walking around, a retirement home in the middle of the day, a hostel where people didn't speak English, an abandoned church where anarchist straight edge kids lived, the inside of a bridge, and South Bend, Indiana. 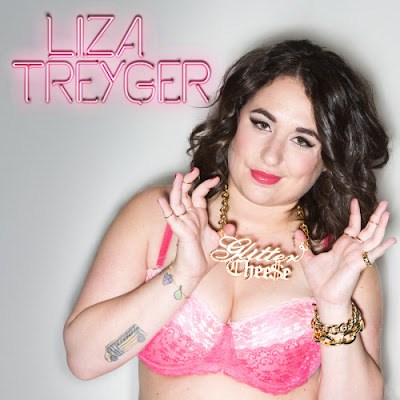 CMM-You recently appeared on Comedy Central's "The Half Hour" and released your debut album "Glitter Cheese". What was your reaction like when you got the news you where going to be doing the show.

Liza-I was at a show in Queens with one of my pals Choksi, when i got the call. I was super pumped. I wanted it pretty bad. Most things in my comedy life have been an accident or a pleasant cool surprise and this was the first time i really, really wanted something and was just so giddy and happy and proud to call my parents and tell them I achieved a goal. Then I was like all right lets get to work and figure out the best set possible and get everything super tight. I also went to my pal Shauna's house who's a stylist and we started talking outfits immediately.

CMM-What's the strangest comment an audience member has ever said to you after a performance?

Liza-I just hate when men talk to me after shows and I think they want to have sex with me but they just want to do stand up or are very new comics trying to get something from me. As far as strangest comments go I'd say it was from a friend of a friend from Chicago who was at a show randomly in NYC. During the intermission she asked when I'd be back in Chicago and I was like oh in a few weeks to record my album and her response was, " what's with all these comics recording albums, like who's even listening to these albums," and I just said well I hope somebody is and walked away.

CMM-So you grew up in Chicago but live in New York now. What do you find to be the biggest difference between the two cities?

Liza-NYC is just a lot bigger and there's so many bodegas open 24 hours and more weed delivery. Chicago straight up has better hot dogs. Oh and NYC has happy hours!!!! Chicago is cuter and calmer. I love them both so much. I was at a wedding once and a guy at my table said he hated Chicago and I was like what do you mean you hate it, how could you hate it and his response was well it's not NYC and it's like yeah duh, they're different cities you don't have to hate the other one.

CMM-You collaborate with fellow comedian Sabrina Jalees pretty often. If the two of you were a WWE tag team what would you be called?

CMM-Are there any unwritten rules of comedy that you abide by?

CMM-Fuck One, Marry One, Kill One. Your choices are Seth Rogen, Bill Maher and Mark Little?

CMM-If you knew the world was coming to an end tomorrow how would you spend your final hours?

Liza-That is something that puzzles me and I think about all the time. Obviously I would hang out with my family but I would want to party and have fun with my friends too. It's so hard to think about. I love my best friends so much but my Mom and Dad would be upset if I wasn't with them. I would want to see my niece and nephews but I would also want to do heroin and molly and have sex and dance. In my dreams I would rent out a Russian banquet hall but also order in American food and have a huge party for my family and friends and their families . Hopefully a band would agree to play for their final hours on the planet.

Posted by Custom Made Music at 1:08 AM