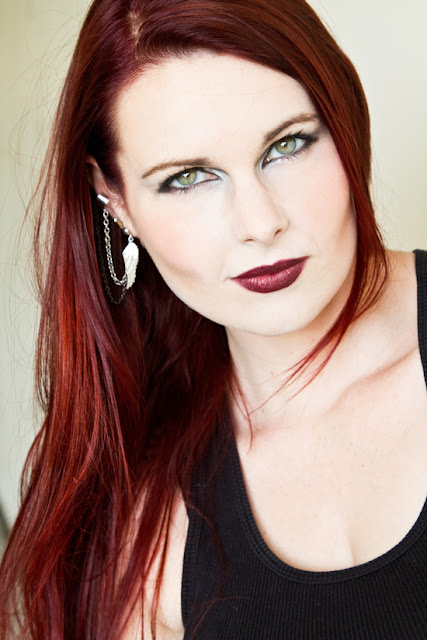 You may know Amber Brooke Wallace from her roles on television shows such as Eastbound & Down, One Tree Hill and The Vampire Diaries. However Amber has also been singing and writing songs since she was 13 years old. For several years she created music with her alternative rock group, Amber Brooke Band, touring the east coast and parts of California. She is currently working on a new record called "Cherry" which will be her first full length album under her solo artist name, A.B.Dubbs. Amber shares some of her favorite songs in this weeks edition of "Five For Friday" but first have a listen to the demo for her new song "Get This Back".

Fiona is one of my favorite artists - her voice has such soul and her lyrics display so much wisdom and vulnerability. This particular song has always been a favorite of mine. Most of the song is stripped down to almost nothing - the beats so tribal, the words rhythmically gliding along with the track. I use to listen to this song when I was angry, feeling sarcastic, and even at times when I was feeling empowered. What I take away from this song is less can be more. There can even be power in it.

I cannot get enough of this song. It is so damn catchy. No matter how many times I hear it I still haven't gotten sick of it - I can't really explain why. I love the beat, the melody, the lyrics - it is just a fun song. Nothing too complex - Just a really chill song. Puts me in a good mood every time. I want to write songs like that. Chill, grooving, and mood changing.

Steven Wilson is the lead singer of Porcupine Tree, a band my brother and I both fell in love with years ago - so it was no surprise when my brother gave me his solo CD, 'Insurgentes', that I completely loved it. This is the second track on that record. My favorite thing about this song are the guitar parts - how they unpredictably slide out of thin air with their haunting melodies and cool tones. Another super chill song - dark and gorgeous. This guy always thinks outside the box and it results in the coolest harmonies or uber dope instrumental parts. He has an amazing ear - tons can be learned from listening to his music.

DEFTONES - Be Quiet and Drive (Acoustic)

I love Deftones - they have such a sexy sound - another band that really puts you in a certain mood. This song has always been a favorite of mine, particularly this version. I dig how mellow it is but still provokes feeling. It's like stepping into a dream world when it plays - everything becomes unfocused and slightly dark. Beautiful song.

I discovered Elliphant only a few months ago, but ever since then I have been slightly obsessed. She writes super cool indie hip-hop/trip hop tunes that have sick beats and catchy melodies. I like how different she is, but a lot of different types of people dig her sound. I chose this song above this others for a couple of reasons, the first being that I love minor/major chords, and this song is full of them. The second reason I like this song is the lyrics are relate-able. The third reason is the bad ass dub step type post chorus. I don't love dub step - but I think it fits really well in this song, conveying a huge amount of pain. This artists is really fun - check out her other tunes.