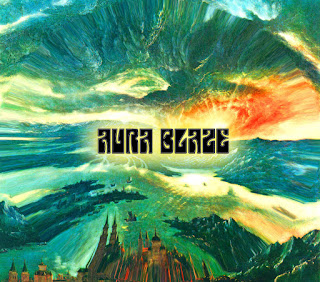 When an album starts with a track called "White Lotus Chakra Blossoms in Pranotthanic Euphoria" you probably have an idea that your in for a listening experience that's epic, psychedelic and powerful. That's exactly what you get on the self titled debut from New Jersey's Aura Blaze as the opening cut serves as a preview of the mysterious elements to come. The bright sounds of "Life Is A Lucid Dream" take you on a beautiful trip through the lands of psychedelic pop that channels the spirits of The Moody Blues and The Byrds while stand out track "It's A Ride" is a must for fans of George Harrison and ELO. Ambient piece "Resonance" makes for an excellent interlude into the upbeat feel of "Gold Sparkle Sun Design", while "A Glass of Tears Half Empty" delves into shoegaze and brit-pop territory. The powerful orchestral sound of "The Velveteen Valleys" is simply massive. The vocal performance draws you in while pulsating synths loom next to a wash of hypnotic strings and crushing percussion. The more classic rock oriented "Sub​-​Earthen Patchwork Torus" is highlighted by some tremendous "Gilmore like" guitar leads that sit well with it's seductive vocal approach and although the spoken word track "Third Path" may catch you completely off guard it's delivery and presentation are some of the most key aspects of the record. The flourishing tones of "Glorious Perspective from the Apex of the Kundalini Staircase" close out the album with rich waves of liquid like sounds, a delightful piano and what seems like a gigantic gathering of voices that lead you further and further into the realms of your subconscious. 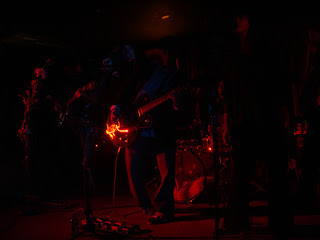 Originally released in 1998 and out of print since 2000 San Francisco Bay area indie pop outfit Hope Chest have made their album "Constellation Prize" available once again. The beautiful sounds of "Lipstick" start things off with a healthy dose of shimmering guitars and captivating vocals before being taken over by the dark ominous tone of "Loveless" which sounds like a lost song from the soundtrack of Gregg Araki's 1995 film The Doom Generation. The energetic feel of "Hopeful" stirs things up with a driving beat and reverb drenched guitars that push things in a slightly different direction while the eclectic sounds of "Good As Gold" fuses equal parts Cure and Cocteau Twins and might be my favorite song of the album however "Star Kiss" doesn't fall too far behind. Overall great to see this record is available again as it is sure to delight fans from the past and win over new listeners discovering it for the first time. 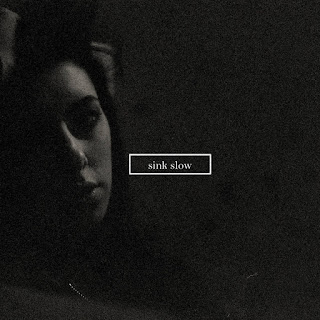 Very experimental debut release from Chicago based project Sink Slow. Opening track "3076" is a wash of intricate guitar textures and hypnotic loops that gel together well and set you up for the laid back and highly textured tone of "Go Home" which blurs the lines between hip hop, chill wave and noise. The cunning guitar sounds of "Don't Go" are moody and grey but also give off a glowing vibe that's inspiring and warm and brings to mind the likes of Radiohead and Clinic. There's a more psychedelic treatment to "Here Now, Gone Tomorrow" that really push things over the top. It's hook filled verses and breathtaking chorus surly make it one of my favorite tracks of 2015. Highly recommended debut that leaves me wanting more. 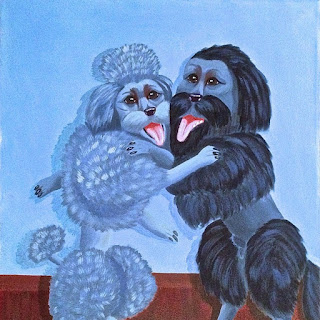 I love everything about this brand new E.P. from Venezuelan based indie rock unit Sudogwon. First off their sound fully embraces the spirit of DIY rock & roll with it's fuzz driven guitar riffs and charming lo-fi production. They also work with short to the point song structures that keep the record energetic and fresh. Stand out track "Robo" is a captivating blast of 90's alt-rock backed by a vibrant rhythm and catchy hook that reminds me a bit of Sloan, while "Meta Y Dinero [Los Blenders]" falls someplace between "Your Living All Over Me" era Dinosaur Jr and early MBV. The 3 chord punk approach of "Patio Trigal" and "María Tolete" round the release out well. Throw in some of the most outstanding cover art I've seen in some time and you've got one impressive release that's sure to bring listeners back for more. 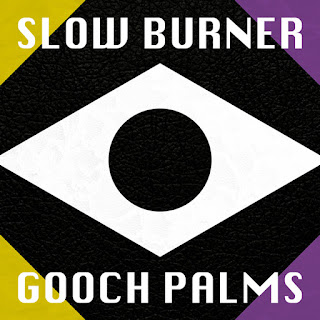 Australian garage rock duo The Gooch Palms latest single "Slow Burner" is a skull crushing masterpiece fueled by an infectious beat and dirge driven guitar riff that harnesses a newfound element of pop rock appeal. This self proclaimed "club banger" manages to merge the primal elements of Boston sludge heavyweights Grief and stripped down sounds of The Cramps, with a healthy dose of 80's pop icons like Gary Numan and Corey Hart. It all works together incredibly well and shows the bands dedication to continue to evolve. Be on the lookout for a new full length coming in 2016 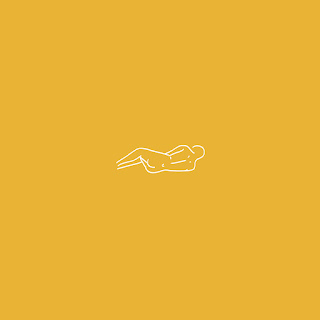 A brilliant debut E.P. from this atmospheric indie pop band out of Nottingham,England. Carried by the surf guitar sounds and dreamy vocal style of Johanna Lageryd "Too Far" kicks things off in grand fashion. The shuffling rhythm of "Jaws" keep things moving before dropping into a reverb drenched dive bomb I can only describe as a "Spector like daydream" that's both mysterious and beautiful. "Artvocado" features the galloping attack of drummer Matthew Breed while "What's Left for Us Girls" closes things out with an enticing collection of psychedelic elements that culminate into a towering wall of sound. Looking forward to hearing more from these promising U.K. upstarts.

Posted by Custom Made Music at 1:18 PM