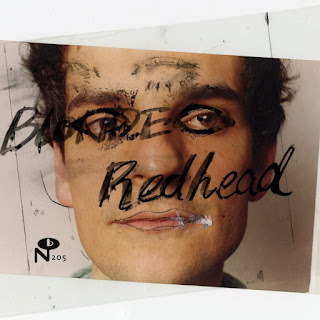 "Masculin Feminin" is the most recent release in Numero Group's re-issue series and it compiles Blonde Redhead's self titled debut and sophomore album "La Mia Vita Violenta" (both originally released on Steve Shelley’s Smells Like Records), with early singles, extant demos, and radio performances onto four albums. It's a phenomenal collection that also includes a book of unpublished photos documenting the bands formative years. This is the band in their rawest form and the blistering presence of classic tracks like "I Don't Want You" and "Astro Boy" never sounded better. This 37 track collection is sure to delight fans both new and old. 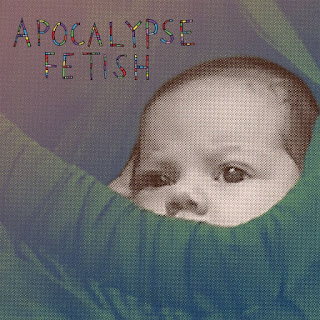 "The Breeze" is the first single from the brand new Lou Barlow (Dinosaur Jr., Sebadoh, the Folk Implosion) solo E.P. "Apocalypse Fetish". The song is incredibly comforting and warm and carries a presence that's rich in honesty. It's like getting a postcard out of the blue from an old friend that just wanted to say hi. Barlow says "I wasn’t able to fully draw the songs out until I recorded, once again, with Justin Pizzoferrato at Sonelab in Easthampton Massachusetts (May 2016.) I recorded my last full length record (Brace The Wave) there in 2015. I’m happy to consider this EP a follow up to that album, though, this time, every song is played on ukulele (strung with heavy strings and tuned much lower than a standard uke.) Actually, it sounds nothing like a ukulele. For all intents and purposes it is a 4-string acoustic guitar utilizing the strumming styles and lower toned soundscapes I’ve been pursuing since my first released ukulele recording: “Poledo” (on Dinosaur Jr’s 2nd LP You’re Living All Over Me.) Yes, I’ve been doing this for a long time. I’d be proud to have Apocalypse Fetish be my final record. Check it out". "Apocalypse Fetish" is available now as a limited edition 10" from Joyful Noise Recordings. 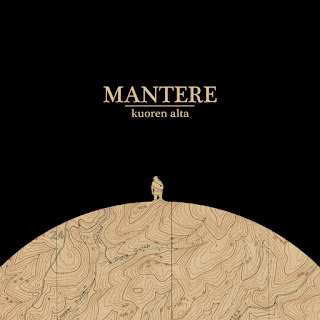 What a spectacular E.P. from this melodic indie rock unit out of Tampere, Finland. From the opening notes of "Mallis" you know you are in for something special. The song moves with elegance and grace and creates an ethereal world as vocalist Marko Neuman's captivating style shines brightly. The quick pace of "Itseni Uudestaan" keeps things moving with it's stellar musicianship and clever changes. Suddenly you are being completely run over by the back to back blasts of "Kuoren alta" and "Haive". These are two of the most primal songs I've heard in a long time as both harness a haunting presence that is hypnotic, cold and down right frightening. It's almost like a combination of Radiohead and Neurosis. The piano based structure of "Varjot" brings things to a close in grand fashion capping off an incredible record that's full of passion and originality. Highly recommended!!! 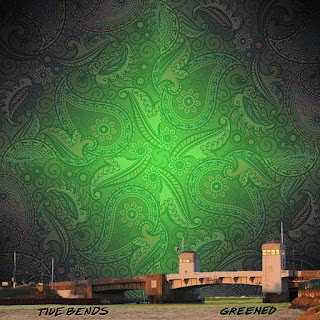 Neptune City, New Jersey based band Tide Bends showcase their melodic spaced out psych sound in fine form throughout their latest E.P. "GREENED". The driving riff of "Where Are My Friends" gets everything going with it's energetic feel and rich textured guitars that take the track into a mind bending type territory. "Told You I'm Fine" also captures a bit of 60's psychedelic flair but in a more alternative rock direction while "Over Soon" is a dirge driven blues based piece that's drenched with grit and fuzz. Things wind down with the laid back moody sounds of "Feather" which creates a cinematic landscape of atmospheric bliss that leaves you longing for more. A fine offering from beginning to end. 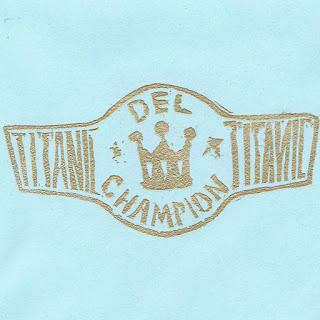 Led by Los Angels musician Jonathan Soucy, Titanic Titanic offer up a solid debut full of catchy alternative rock n roll songs. Stand out track "I Fell Down" features a driving beat alongside powerful intricate riffs, an infectious bass line and a vocal delivery full of swagger and sway. "Home" is a slice of indie rock magic that's awkward stance and quirky presence reminds me of Modest Modest Mouse matched with "Pinkerton" era Weezer and it meshes well with the eclectic spirit of "Square Face". The laid back groove of "The Saddest Thing" adds a slow melodic touch to the record that channels the lighter side of Queens Of The Stone Age while "Pant Sized" is an uptempo number that's fun to sing along to. Overall a very enjoyable record that fans of modern rock radio are sure to enjoy. 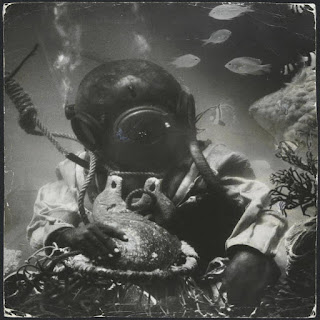 Wanweird is an old gaelic word meaning "misfortune; ill or unhappy fate.". It is also the moniker of London musician Natalie Bibby who provides all of the instrumentation and vocals on her first E.P. "Honey & Salt". The record is full of raw, angst ridden rock n roll songs that channel equal amounts of early 80's post punk and early 90's alternative rock. From the stripped down snarl of "I Was Surprised" to the dark and desperate slant of "Four Below" Bibby's delivery is on point. "Loser" makes good use of the "Quiet/Loud" dynamic and features an anthem like chorus that is rather remarkable while closing number "Wings Of Icarus" is more laid back and melodic and shows a nice bit of diversity that winds things up well. Simply put Bibby hits a home run on "Honey & Salt" and it's a record I think you should be enjoying right now!!!

Posted by Custom Made Music at 6:10 PM