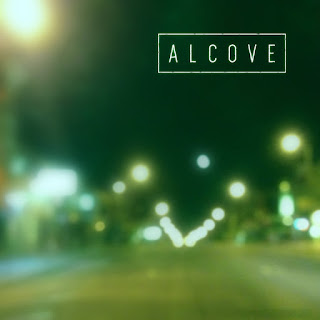 Bernards, New Jersey instrumental trio Alcove deliver a stellar E.P. full of intricate guitar work that's backed by a vibrant rhythm section who perform with top notch precision. Things get started with the powerful energy of ""Vancouver! Vancouver! This is it​!​" which is full of monster riffs and crushing percussion. It's a full on barn burner that never lets up. A slightly moodier feel looms at the beginning of "The Lodge" but the switch quickly flips into a wash of relentless math rock madness that makes me think of Voivod, Mahavishnu Orchestra and King Crimson but with a heavier overall feel. Closing number "Bled" is a bit more melodic and bright and features some highly welcomed distorted bass sounds that impress throughout the track. An incredible debut that shows off a high level of musicianship and execution from beginning to end. 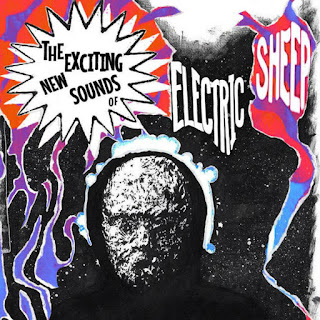 Dynamite new single from this Chicago based Garage/Psych unit. "Headscrew" is full of relentless energy and brings to mind classic bands like The Kinks,The Electric Prunes and The Strawberry Alarm Clock. It's tremolo driven guitar sound and rock n roll swagger are down right infectious and it's the kind of song that will have you singing along half way through the first listen. "For Lilith" is catchy as hell and has a bit more bounce to it. It's excellent arrangement and uplifting tempo keep you wanting more. These tracks would sound amazing on a 45. Do yourself a favor and check this band out. Can't wait to hear what they bring next!!!. 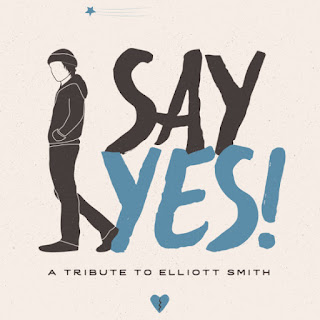 Dinosaur JR's J Mascis offers up a blistering rendition of Elliot Smith's "Waltz #2" which appears on the upcoming compilation, "Say Yes! A Tribute to Elliott Smith". While Mascis trademark fuzz tone and laid back vocal delivery shine brightly he essentially has written a totally new set of lyrics inspired by Smith's original words and it sounds absolutely brilliant as he fully reinterprets the track in his own way while paying homage to the genius of Smith. The compilation is set for release on October 15th and also includes contributions from Juliana Hatfield, Jesu/Sun Kil Moon, Amanda Palmer, Lou Barlow and more. 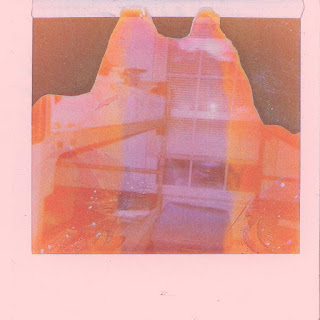 I Absolutely love this album from psychedelic,indie rock unit Peach Hat. Hailing from the ever so beautiful state of Maine, the band offer up 15 well crafted tracks that harness rich atmospheric textures and vibrant moods that bring to mind the likes of The Beatles,The Flaming Lips and Spacemen 3. The sitar based "In Your Head" and inspiring spirit of "I Don't Know" welcome you in to the bands world of vibrant sounds with open arms as the wavering direction of "Dreaming" makes for a nice wash of psych and shoegaze tones. "Retry" is full of lush organs and it's hypnotic vocal stance really puts the track over the top. Suddenly we reach a 6 part section known as "Into The Sea" which could be an E.P. all of it's own. It's like taking a temporary time warp to an alternate psychedelic underground world then returning to the previous place in time. These enticing numbers add even more flavor to the album esspecially parts IV and V which are full of spaced out grooves that feel like they could have come from a lost Issac Hayes record. The album winds down with the piano based folk flair of "Welcome To The USA" which is fitting ending to one of the coolest albums you'll hear all year. Get into it. 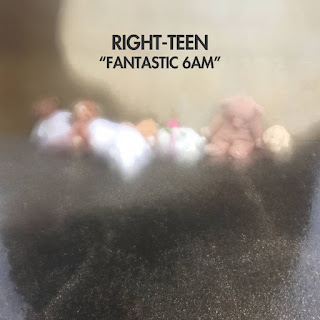 This is the type of record that radiates just how much fun and energy and passion went into the songs and recordings and what it's like when a musician throws out the rule book and just goes for it. This 10 song album was recorded in St. Louis between February of 2015 and March of 2016 mostly on 4 track cassette. Lead off number "Julia The Elder" has a feel good vibe that's backed by catchy melodies and a pulsating beat keeping the energy level on high, before giving way to the melancholy, almost psychedelic sounds of "Contest". The bright spirited "Donna Richardson" with it's reverb drenched production and lo-fi charm sits well next to other heartfelt numbers like "Stranger Past" and "Hartford Maine". As things come to a close the jangling surf guitar sounds on "Wild Child" add a nice touch to the mix as it's breezy mood leaves me wanting more. A remarkable record that's genuine, uplifting and pure. 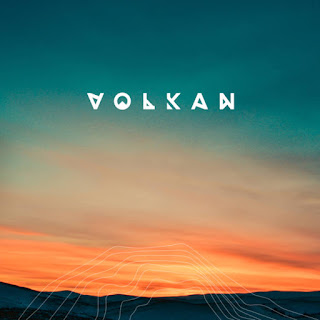 Setting the tone with a lush, mystical wave of synths Santiago, Chile's Volkan begin the intense musical journey that makes up their latest LP in beautiful fashion. As "B_El Comienzo" fades out the eerie guitars of "Amasincronía" paint a sonic landscape that moves with a cinematic elegance that's second to none while the multilayered "Halo del Ocaso" is simply breathtaking. The band delve into a touch of post punk territory on "SobreHundido" as there is a darker, dirge driven tone to it that sets things up well for the apocalyptic feel of "Oí el Silencio". This is the kind of album that should be listened to from beginning to end, without distraction so that one can take in all of it's cosmic energy in it's fullest form. A fine album indeed.

Posted by Custom Made Music at 3:41 PM