"Melodramatic Reverberation" an interview with Youngest Of Elders

Youngest Of Elders is the project of Concord California musician Jesse Gale. His latest E.P. "ASL" blends indie folk sounds with dream pop atmospherics to create rich organic songs full of beauty and power. We sat down with Jesse to talk about his first musical experiences, the making of the new E.P. and the music community in the bay area. "ASL" is available now at youngestofelders.bandcamp.com and will be out as a limited cassette later this month on CMM.

CMM-What was the first music you remember hearing as a child and what bands and artists made the biggest impression on you as a musician?

Jesse-I was raised on a lot of 80's hair metal, Eagles, Cat Stevens, and a lot of other bands my parents would listen to. I remember being in elementary school and hearing Nirvana for the first time and was totally blown away. Later hearing The Cure, Joy Division, The Smiths, Pedro the Lion, and My Bloody Valentine in my teens really inspired me to play in bands, and still inspire me to this day.

CMM-What instrument did you pick up first and when did you start writing songs and playing in bands?

Jesse-I first started playing piano when I was 8 or 9 years old, then got bored and wanted to learn guitar at age 12. I didn't start writing songs until I was 17 or 18 and started my first band Earth Itself with some friends in my senior year of high school.

CMM-How did Youngest Of Elders come about and how have things evolved since you started the project?

Jesse-The project started as a way for me to take all these songs I've had for the better part of a decade and finally finish them and make them sound how they're supposed to. The biggest change has been going from bedroom Garage Band demos to legitimate studio recordings, which makes me more and more excited to keep going.

CMM-What was the writing and recording process like for your new E.P. "ASL"?

Jesse-The three songs were written in 2008 and weren't finished until I went into the studio in 2015. The songs now sound completely different from the demos, since we cut and rearranged and wrote new parts and lyrics and cut synthesizers and replaced them with electric guitars. 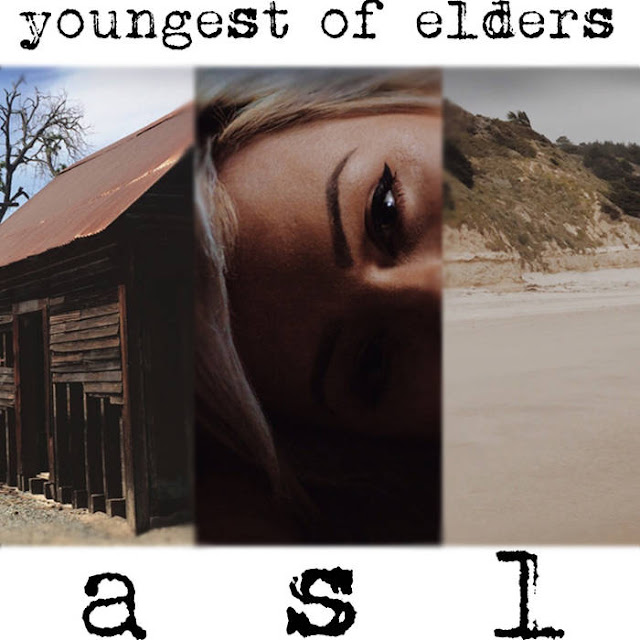 CMM-Any particular gear you used when making the record?

CMM-The Bay Area has a very long musical history. How would you describe the current DIY music scene there? Any favorite local bands or venues?

Jesse-The scene now is probably the best it's been in a long time. There's definitely a stronger sense of community and brotherhood out here, everyone plays together and goes to everyone's shows, buys merch, etc. A few people got together and started the Mountain Vibe Music Gathering festival that's in Wilseyville, CA every July, which is always a blast. Favorite locals right now are BullyWest, Overland, The Iron Heart, Mourning Mountains, Books on Fate, and Mama Foxxy & The Whiskey Gypsy Rebels. Favorite venues will always be Bottom of the Hill, Red Hat, Toot's Tavern, and The New Parish.

CMM-If you could do a film score for any director who would it be and why?

Jesse-Probably Joss Whedon, David Fincher or Alfred Hitchcock. All of those guys know how to bring tension and humor and raw emotion in unexplainable ways.

CMM-What does Youngest Of Elders have planned for 2016 and beyond?

Jesse-Next is a 7" vinyl release, more recording, hopefully another EP, and a full length is in the works. Also hoping to do a few small or long tours of the west coast and mid/southwest.

Posted by Custom Made Music at 1:50 PM