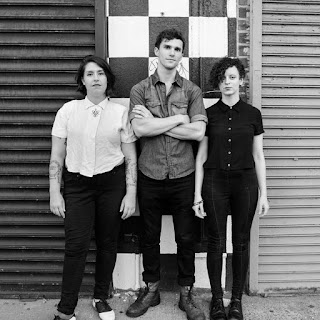 Brooklyn's A Deer A Horse play what they call "Urgent Rock N Roll", and that couldn't be more true when it comes to their recent single "Fighter" as the track is dark, catchy and down right menacing. Vocalist/guitarist Rebecca Satellite's top notch vocal delivery and blistering guitar leads are backed by stellar performances from bassist Angela Phillips and drummer Dylan Teggart. There is a feeling of confidence and swagger that transmits throughout the bands sound and speaks in a very powerful way. The recording production also captures the energy of their live show in grand fashion. By far one of my favorites of 2015. 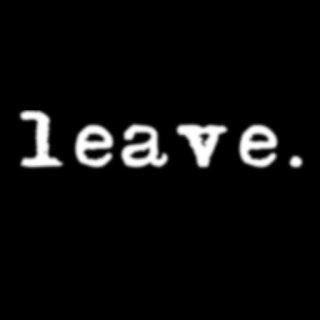 Beautiful debut from Polish dream pop outfit Leave that blends shimmering soundscapes with haunting riffs that are captivating and cold. "Down" features a looming vocal set next to some very intricate and atmospheric guitar sounds that are a bit futuristic at times. "Softly" is a shoegazers delight as it's enticing presence brings to mind classic bands like Ride and The Stone Roses. Things lean in more of an early MBV direction during "While" as the beats have a bit more swing to them and the riffs are a bit more raw. The reverb drenched sounds of "You" keep things moving at a steady pace while the eight minute long "Wait" closes out the E.P. in epic form with it's massive wave of sound and noise that are sure to satisfy your desire for new realms of shoegaze bliss. 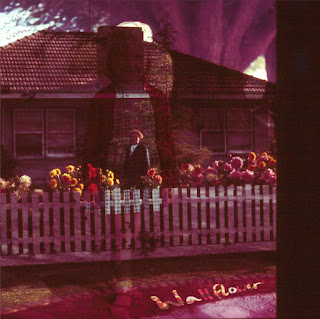 Excellent debut from this Melbourne Australia based band. Opening track "Loner" begins with a heavy dose of droning guitars that build and build into an uptempo blast of hook filled rock. "Tired" chugs along with undeniable darkness and power that's short and to the point while a gloomy wash of colorful sound flows throughout the spirit of "Drag". Stand out track "Follow" harnesses all of the aspects of the bands sound into a fortress of psychedelic delight that keeps you wanting more. I see excellent things in the future from these inspiring young indie rock upstarts. 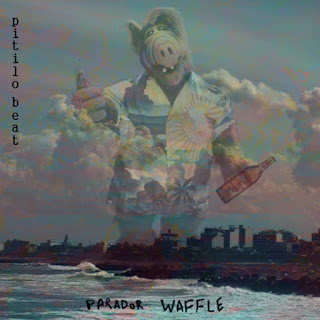 I don't know much about the band Los Waffles but Argentina's Pitilo Beat do a wonderful cover of their song "Parador Waffle". It's a fast guitar driven garage rock masterpiece that clocks in at a whopping 55 seconds. The Alf based cover art is also a delight to see and after a bit of exploring I discovered both bands have a fine collection of releases well worth checking out. Take less than a minute out of your life and enjoy. 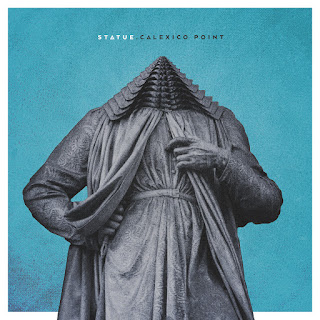 Delightful, atmospheric instrumental's are Statue's specialty and that's exactly what you get on the bands latest release "Calexico Point". The tracks really take the many moods and the wide spectrum that the band is known for to the next level. From the perfect pace of "I Got Your Raumschiff" to "Go March, Or Get Some Exercise" and it's galloping beat, the band show off their range as top notch musicians while sculpting lavish doses of effects driven guitars with lush soundscapes. I also admire their ability to incorporate odd time signatures and prog-rock type riffs while still maintaining a driving rock n roll presence. Highly recommended indeed. 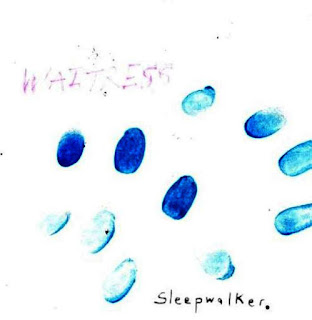 Orlando Florida's Waitress deliver well on their debut album "Sleepwalker". Opening track "3118" is a lulling ambient piece that sets a beautiful mood. The drum machine driven "Ashes/Diamonds" features a melancholy hook that's quite catchy and sets it some place between New Order and "Low" era Bowie while the title track captures a droning psychedelic guitar riff alongside a dusky vocal and light shimmering tones. The somber mood of "Louise" is sparked by a wide range of mind bending sounds where as the quick paced "Pretty Maids All In A Row" captures the melodic side of the project.The cosmic presence of "Onion Song" features vibrant percussion and a vocal whirlwind that sounds like a radio broadcast that's being transmitted from another universe. Still "Naive World" is probably my favorite track from the album. With it's quirky Talking Heads like structure and fuzzy guitar leads it's sure to fill my speakers with repeated listens. Overall "Sleepwalker" is a fine collection of experimental dream pop madness that makes for a wonderful experience that's all it's own.

Posted by Custom Made Music at 4:22 PM