"Five For Friday" with Paolo Messere of Blessed Child Opera 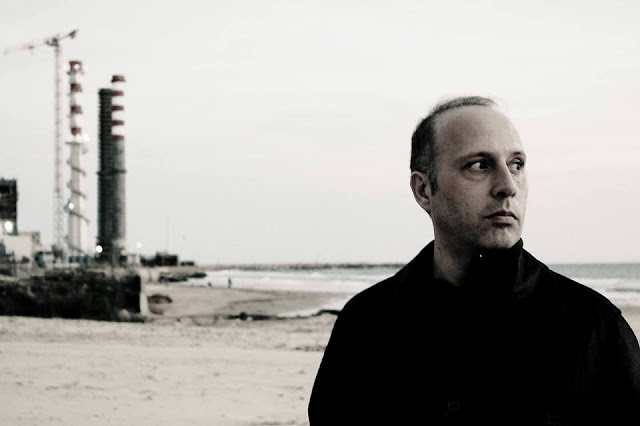 Blessed Child Opera is the long running project of Italian musician Paolo Messere. His latest album "The Devil & The Ghosts Dissolved" will be released November 11th on CMM and supported by tours of Italy and the U.S. Paolo shares some of his favorite songs in this weeks edition of "Five For Friday" but first enjoy the albums first single "We Can't Be Rivals Of God".

This song, makes me breathless..Intense and melancholic, poignant and yielding. Is the part of me truly dreamy and deluded. At the same time the chord is so oblique and obscure that I think has influenced so much my way of writing songs in the early records of Blessed Child Opera.

I love this song ... is immense, unsurpassed melody line of Adrian Borland ... beautiful guitar lines and the use of the synthesize, characteristic of the 80'. So their sound is combined a lot with the features of the still standing Blessed Child Opera eighties characteristic.

I love the artists who die prematurely It's not a coincidence but they are usually the ones that I'm in love, forever. The day I discovered the death of Grant Mc Lennan of The Go Betweens I shocked only the head, but not so much the news grieved me. I thought ,He was only a great pop songwriter. When I'm going to write a sort of pop song, I think to their way to do it.

Swans "Love Will Save You"

Michael Gira writes from many time my sleepless nights ..a sort of recurrent nightmare He enhances these personal feelings: Violence and scarcity, feelings of perennial apotheosis .. dark mysticism and deep religious respect. You can find these characteristic in "The Darkest Sea"ì sixth official album of the Blessed Child Opera.

Mark Kozelek is the inner voice that takes you back into yourself. I presume to declare that his way of writing songs and sing them, resembles a little to mine, at least as a declaration of intention. The reality is different ... In this song I admire the simplicity and cleanliness of the sounds and the obsession never hidden to expresses a lament.

Posted by Custom Made Music at 8:58 AM