"Five For Friday" with Marco Morgione of Elora 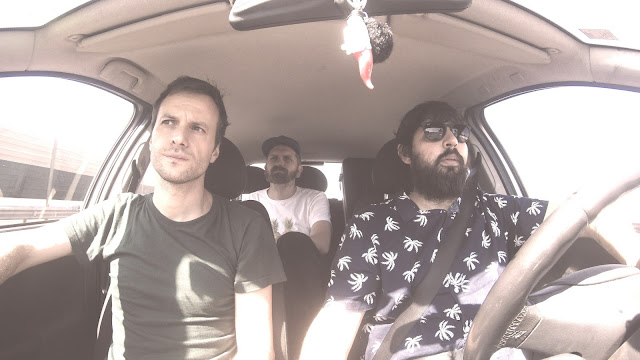 Based in Barcelona Spain, Elora make guitar driven indie rock that is intricate, atmospheric and full of energy. Their latest release "Cada Dia Es Asi" is available now through CMM on CD. The band sets out on their first U.S. tour starting October 9th in New York City. Vocalist/Guitarist Marco Morgione shares some of the bands favorite songs in this weeks edition of "Five For Friday" but first check out the video for "Cada Dia Es Asi".

Think about any cool element of any artist you might like. Can did it all that before… those artists were born.

Our bass player used to listen to this daily on his way to the University. He says it was better than coffee. The guitars were recorded by MBV’s Kevin Shields and are just his heaviest and most aggressive ever, more than any other he has made. One of our references, without question.

Sparklehorse "Ghost in the Sky"

The late Mark Linkous was a sad person who put an impressive vital energy in his music. This is a great example that sadness makes the world turn.

We love this song because we can feel the California sun as Claudia Bonson sings how much she hates them. We love the songs that are about hating something.

All indie groups look up to Cocteau Twins and what they did in songs like this one. Even the bands that have never listened to them.