"Shot From The Sun" An Interview with Lovebyrd 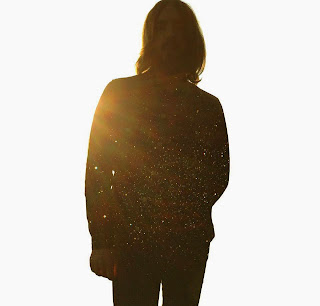 Lovebyrd are a psychedelic band from Saarbruecken in West Germany. Headed by Steffi Krauth & Mark Wernet their debut six song E.P. is full of uplifting vocals and mind bending psych rock guitar tones. We sat down with Steffi and Mark to talk about the music that influenced them early in life, their time in the studio. and all the upcoming plans for the band.

CMM-What's the first music you remember hearing as a child and what artist or band made the longest lasting impression on you?

Mark: The oldest memory of music which has made a lasting impression on me are probably two bands: Queen & Jamiroquai. Still loving both.

Steff: As a child I was listening to all the music my parents used to listen to. The Beatles or Creedence Clearwater Revival. That certainly shaped me. Later on I came across soul music - Aretha Franklin and James Brown. I was also always impressed by the work of Michael Jackson and John Lennon.

CMM-When did you first pick up an instrument and learn to start playing yourself?

Mark: I'm not quite sure about the exact year but I was about 15 years old when I first picked up an instrument. That’s about ten years ago. It was a guitar and I hated it back then. Struggled for a while but in the end a really good thing that happend.

CMM-How did LOVEBYRD get together and what led to the 60's and 70's inspired psych approach you all take to your music.

Steff: Each of us made experiences in music the last years. It’s not hard to get to know each other when you’re making music in a small town. We had the same taste in music and the same ideas. It was kind of clear from the first moment we met, that we’re going to start something together. LOVEBYRD started in springtime 2014.

Mark: Well, I personally was interested in blues and rock from the 60s and 70s from the very first moment I was trying to create music by myself. Not psych itself but this wasn't quite a big step. And as I think music genres are mostly defined by the sound, Tame Impala really got me fixed on "psych". As you can hear in our music.

CMM-Your debut E.P. was released at the start of 2015. What was the recording process for it like?.

Mark: The recording process is quite unusual, I guess: It starts after we have made the blue print of the basic song which usually is just guitar and vocals. That's when I move into our small ‚studio’ and start building up the instruments around it. I'm starting with the guitars, texturals, bass and then the drums. Just trying to keep the mind as free as possible at any state of the process.

CMM-So what's the current scene like in South West Germany? Do you all play shows often? Who ares some other bands from your area that you recommend?

Steff: The region we are living in is even for Germany quite small. Although you can find a few bands around here it doesn’t feel like an actual scene for us. We didn’t yet play any shows with LOVEBYRD anywhere. We’ll start playing gigs after the release of our 10 track album in a few month.

CMM-Have you all branched out of Germany for any shows and is it possible we will see you all do a full European tour sometime soon?

Steff: Although there have been some enquiries, we decided to focus on other things such as the album release first. If there are some people who want us to play in their country, I’m sure we’ll come.

CMM-When can we expect a follow up to the E.P. and what else does the band have planned for the future?

Mark: At the moment we're working on a video for "Shot From The Sun", there will be the release of our full length album and as we mentioned, we’ll start playing shows. So a few things will be going on.

Posted by Custom Made Music at 6:31 AM