"Five For Friday" with Jim Purbrick of Point Mass 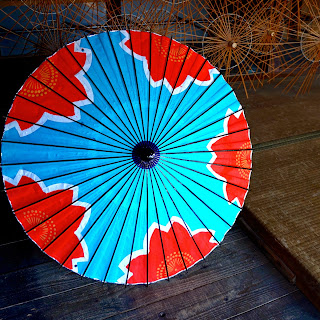 Point Mass are an up and coming indie pop/post rock outfit from Brighton. Their latest single "Paper Parasol" is a quirky almost nerdy sounding song that fans of Pavement, Weezer and early Talking Heads are sure to enjoy. Point Mass mastermind Jim Purbrick shares some of his favorite tracks in this weeks edition of "Five For Friday" but first have a listen to "Paper Parasol" which is also featured on this months edition of the CMM sampler.

I discovered Aphex Twin when I started playing around with music production while I was at Nottingham and fell in love with his music in a big way. Like many of the best Aphex tracks Flim combines beautiful harmonies and catchy melodies with amazing production and programming. Nearly 20 years after its release still sounds like music from the future.

When Richard James started releasing the Analord tracks as AFX it felt like the future music production torch passed to Amon Tobin. With Foley Room and ISAM he released amazing music made from found sounds and spectral morphing techniques, which I've started using as a way to make new, but not obviously electronic sounds for Point Mass. I went to the ISAM live show in London a few years ago and the interactive 3d projection mapped visuals complement the futuristic music perfectly: you should definitely go see it if you have the chance.

I played in a band with Chris Collis in Nottingham and a few years later he invited me to a gig headlined by his new band This Town Needs Guns. I hadn't seen Chris for a while, so went along and was blown away by the band. Chris and Tim's drums and guitar are amazing and the constantly twisting songs are incredibly catchy. The whole of the Animals album is great, but the picture painted by the lyrics in Rabbit make it my favourite: "White feathers dance in my room while I'm too tired to sleep, It seems your pillow case all trussed in lace was no match for me and you." Since that gig in Brighton I've listened to TTNG more than any other band according to last.fm and they have introduced me to a whole world of math and post-rock that I didn't know existed. I'm incredibly grateful for Chris inviting me along to that gig and very proud of what he's achieved with TTNG.

Tubelord - Night of the Pencils

I saw Tubelord with TTNG at the Prince Albert in Brighton in 2009 and have been really in to their music recently. Like TTNG they have amazing chops and catchy songs. Like Animals, they whole of Our First American Friends is great, but I love the blast of teenage hedonism conjured up by the playful lyrics of Night of the Pencils: "Lets spend the rest of summer stoned, and we'll wake up for the winter, without a memory of the sun, and there'll be nothing to moan about".

When I started exploring post-rock I was delighted to discover that Nice Weather For Airstrikes Records are based in Brighton and ran a free festival every year at the Druids pub. I've seen loads of great bands at The Nice Weather For Airstrikes Festival including Theo and Monsters Build Mean Robots but seeing Three Trapped Tigers playing Aphex and Squarepusher inspired rock live in a tiny packed pub was definitely a highlight. If you get the chance to see them live, do it. In the meantime you can listen to Reset while Matt Berry shows you how to help him to help you to save the universe.