A brilliant track of lo-fi garage rock n roll that brings to mind Guided By Voices, The Replacements and early Lemonheads. The over driven guitar crunch and catchy vocal melody make a perfect match. There's a lot of honesty throughout the track that reinforces the fact that a straight forward three chord rock n roll song can do wonders for the soul. A top track indeed. 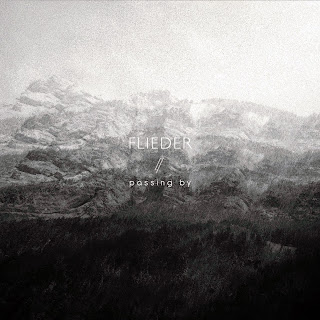 Beautiful sounds from this Swiss two piece. "Lost Part 1" is like a tidal wave of cinematic sounds. It's full of peaceful ambient drones and melodic percussion that fade into the single note based "Lost Part 2". "Traveler" and "Beast" feature appearances from vocalist Natasha Waters who adds even more of an emotional feel to the songs. My favorite track of the album "Boom" has layers of enticing guitar sounds that blend together in just the right form. "Tribute To Marochine" brings in some really amazing percussion and space sounds and is highlighted by a dark, cagey riff that brings to mind the likes of King Crimson and Gentle Giant while "Too Late" delves further into experimental territory. An elegant musical journey full of sonic landscapes and cosmic bliss . 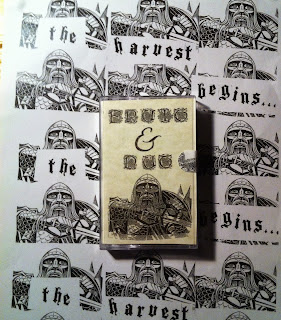 Impressive eight song debut from the post punk, psychedelic band know as Fruit & Nut. Their sound is like a combination of XTC, Husker Du, No Trend and Flipper with a heavy dose of The Birthday Party for good measure. "This Is Not For You" is chaotic and desolate and full of random guitar strangulation. "Pilgrim" is a catchy lo-fi track that reminds me of J-Church if they had added a spacey reverb sound to their songs. "Husks" has a presence that truly embraces the spirit of psychedelia. It's got a psychotic feel to it that I can only describe as an orchestrated car crash. "Juila" is a quick paced riff fest that sounds like Yes moonlighting as a early 80's college rock band. What I like most about this album is the element of danger created in the songs. Truly essential listening. 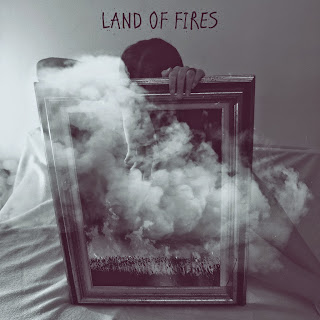 Warwick Rhode Island based Land Of Fires make epic instrumentals that are both beautiful and intense. "Blind" is a moody opener that really shows off the musicianship of the band. The guitar playing is intricate and precise and also brings in some nice modulation effects around the middle of the track. "Old Pete" is slower and darker and the guitar leads drone out into an epic build up that moves back to a melodic riff in the spirit of John McLaughlin. "Chronostasis" might be the most jazz oriented track of the four. There are a lot more chords going on and there's an underlying ambient element that adds a nice touch. "Sonoluminescence" has an uplifting powerful opening section that moves into more experimental territory featuring some really unique sounds and textures. This record also has some of the best cover art I've seen in sometime. A fantastic debut from one of the North East's best up and comers. 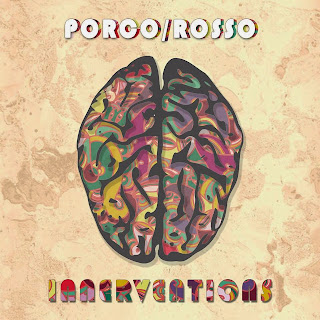 Porco/Rosso is Mark Tseng Putterman, a NYC-based songwriter/producer. "Innerventions" is an album he recorded back in 2013 but just recently completed and released this year. Mark says the album "represents the rediscovery of a passion temporarily lost to life's "day-to-day." I'm happy that he decided to release this as it's got some really enjoyable songs on it. "Love/Sick" and "You Never Had The Balls (To Break My Heart)" are straight forward psych pop tracks that fall some place between The Shins and Broken Social Scene. They have just the right amount of hook filled guitar twanging and floating atmosphere. "Juliana" is much more moody and melancholy. It complements the other songs and shows off even more range in Mark's voice. "Holy Man" is a slower, more stripped down acoustic track, while "City Lights" is the most emotional sounding song of the bunch. It's punchy roaming bass line, chiming guitars and layers of vocals make for an inspiring feel and send the record off on a high note. An excellent effort from a very promising song writer. 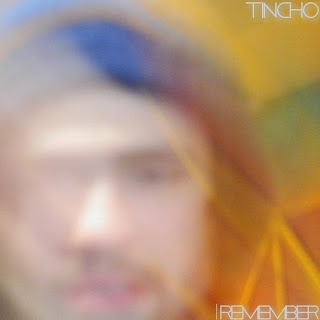 Tincho is a new project from Chicago native Marty Kaleta. His first single "I Remember" is a lo-fi pop gem full of catchy hooks and "slacker rock" guitar sounds. It goes back and forth between a slightly hypnotic riff and a grittier chorus that finally gives way to a burst of noise driven guitar chaos. Kaleta's voice is comforting and warm and sets the feel good vibe of the track well. The perfect song to enjoy on a walk during these first days of Spring. Fans of Pavement, Yo La Tengo and Cow Pals take note.