"The Continuous Spectrum" An Interview with Thomas Peterhanwahr of Waldenflür 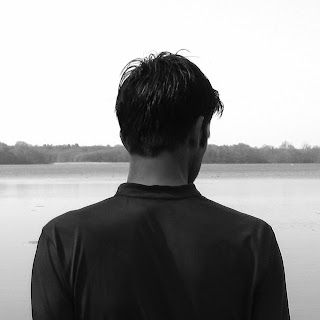 Waldenflür is the brainchild of German musician Thomas Peterhanwahr. His latest releases "The Continuous Spectrum" and "Bright Tension" create an atmosphere and presence that seem to transport the listener to another world. We sat down with Thomas to talk about his development as a musician, his love of film and imagery and his approach to the recording process. Enjoy our conversation as well as the captivating sounds of his song "Amora".

CMM-What's the first music you remember hearing as a child and what band made the biggest impression on you?

Thomas-Definitely it all started with The Beatles for me! As a child I got highly hooked to that music and it’s still goin’ on with that. But it’s more a kind of subtle inspiration or a muse to me, less a direct influence to my music. Furthermore I’m a big fan of The Velvet Underground, Sonic Youth and Neu!

CMM-What instrument did you start to play first and what drew you to wanting to make music of your own?

Thomas-In 1989 I've started to play guitar, that’s my instrumental base until today. One year later, in 1990, I’ve started to record my own sounds. I always had that joy of playing and finally making music is just the adolescent continuation of playing with LEGO bricks as a child. That's it!

CMM-I know you have been making music for a long time. What are some of your earliest recordings and releases?

Thomas-There are many, many recordings and the oldest one is a silly, wannabe-psychedelic song from 1990, together with two friends. It’s called “Marshmallow Man” and the quality of the recording is quiet ugly, early Lo-Fi. The number of songs has increased over the years, approx. 500 unil today. Some cover versions, but mostly own stuff. In 2008 I’ve switched from magnetic tape to HDD-recording, that brought me many more options and a better quality of sound. Until now I have no official release through a record-label, but that ain’t bad. I have fun and it’s all about that.

CMM-When did you start recording as Waldenflür. What inspired the name of the project and the musical direction that you decided to go in?

Thomas-I did start recording as waldenflür in 2013. The name is a modification of the german term “wald + flur”, which means forest + meadow. it assigns to nature, which is also a great inspiration to me. Furthermore “Flür” is the family name of the former Kraftwerk drummer, Wolfgang Flür. the musical direction is inspired by a deep passion for images, like movies, paintings, dreams and memories. or just a glimpse, with a certain mystery within. and i’m well inspired by science-fiction, nature and poetry, with this peculiar kind of humor on top.

CMM-What was the recording process like for your recent releases "The Continuous Spectrum" and "Bright Tension"? What program did you use to make them and was their any particular gear that you really liked using when recording?

Thomas-It’s always the same recording process. in the beginning there’s just a guitar hookline or a beat or a certain melody. than I add some overdubs like layers of an onion and that gives makes the sound dense and cinematic. But there’s always a little coincidence within the process and so the final result is always unknown end pretty exciting. The gear I use is very simple but really efficient. For recording and editing I use Audacity with an external soundcard and an 8-track mixer. The instrumental gear consists an amplified Daion 6-string western guitar, a concert guitar,a multi purpose keyboard, a giga delay and even sometimes an ukulele.

CMM-Your music is very cinematic. If you had the chance to write and record a score for a film which director would you most want to work with. Any particular films that have really inspired your music?

Thomas-I think my music would fit good into the films of Darren Aronofsky, but some sounds are more related to the work of David Lynch. My music was always inspired by movies, like the mysterious meditation of “Stalker” by Andrei Tarkovsky or subtle threat of “Phase IV” by Saul Bass. The futuristic tonalities of Bebe & Louis Barron, made for the sci-fi classic “Forbidden Planet” by Fred M. Wilcox, are also such an experience. A shape of music to come and it’s from 1956!

CMM-How do you come up with the imagery for the cover art of your releases? Have you ever bought an album purely based on being drawn to it by the cover art?

Thomas-All images are shot and edited by myself. Everywhere around I find places with a particular vibe, like the abandoned escalator at the Munich subway for “the continuous spectrum” or the illuminated ferris wheel at Lake Tai in Wuxi, China for “bright tension”. I love these still life sceneries, lost and calm and sometimes also inexplicable. It’s the world before we come or after we’re gone. 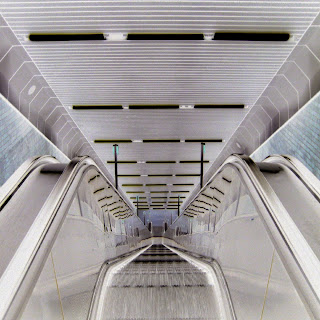 CMM-I can only imagine your music will continue and grow in time. Where do you see your music heading in the future and what do you have planned next?

Thomas-Perhaps I will get the opportunity some day to make a movie soundtrack or music for some kinda art installation. That would be great! I also think about live performing improvisations, kinda spontaneous wall of sound. But first I will push forward all actions to get waldenflür well-known. Furthermore I will finish my next album “wuxi” at the end of march. And the musical research continues...

Posted by Custom Made Music at 9:31 AM