The Creative Impulse of Omega Vague 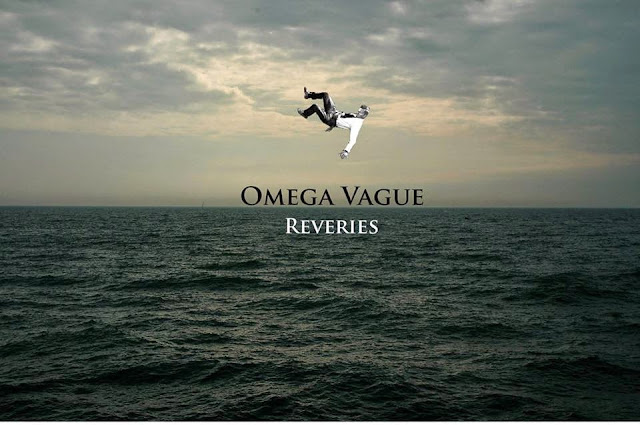 Omega Vague is the brainchild of Connecticut based musician Craig Douglas. His latest album "Reveries" is a collection of uplifting dream pop, and shoegaze songs often referred to as ghost rock. We sat down with Craig to discuss the new album, how music shaped his life early on and what pushes him to continue creating. First have a listen to "The Hiding" and check out the album in full at www.omegavague.net

CMM-When did Omega Vague start and what inspired you to begin the project?

Craig-I suppose I could honestly say it started from the beginning. I have always loved recording even at a young age. I started recording my own music around the age of 16. In the beginning they were just poorly executed experiments. As I got older I was influenced by a wide variety of music and I eventually knew I wanted to become an actual songwriter. The first incarnation of Omega Vague began in 2001. I had a project called "Darkwater". I self released the first album "Songs For Homesick People Volume 1" under that moniker. I was highly influenced by early atmospheric rock, post-rock and dream pop at the time (Radiohead, Mogwai, Sigur Ros, etc). I pressed and distributed the album on my own as well.

CMM-What's the first music that really made an impression on you as a child and has carried on with you through out your life?

Craig-My oldest brother had an interesting assortment of music that I couldn't avoid growing up. He loved Huey Lewis and The News, Bruce Springsteen, Billy Joel, Dire Straits and Pink Floyd. I think 'Pink Floyd The Wall' was the first album that really impacted me at a young age. I must have been around 7 or 8 and wasn't even really into music at the time, but whenever my brother would play that album I was always drawn to it. As the years went on I got really into progressive rock and thrash metal.

Craig-I started recording this album immediately after releasing my self titled one in March of 2014. My approach to songwriting has always been pretty spontaneous. It usually starts with improvised instrumentation whether it be drums, guitar or piano and then building off it. I am the channel for which the music feeds through so a majority of the time there is not a lot of thought put into the songs. They just happen. Especially with the vocals. Once the music is laid out I start the vocal process which is usually just gibberish with a melody. I will then form words based around the same syllables in that gibberish to create the lyrics, which I think is a similar approach a lot of vocalists take. Its pretty interesting to hear what becomes of it. I also add many layers over my vocals to create this lush blanket over the music.

CMM-Your drummer is probably most known for playing in Richie Blackmore's band. How did you meet him and what led to him playing drums on the record?

Craig-David Keith has been a long time friend. He is an amazing musician and songwriter. I discovered him from diving into the local New Haven art and music scene in like 2005. He played in this super weird electro/goth band called Nightcrawler 1947. I was fascinated by these guys...they were so weird and creepy. I connected with him over the internet and expressed my interest in getting together to make some music. It took about a year for us to eventually meet up but I was persistent. I got involved in an experimental, electronic project he was in called Indigen and later we formed the post rock group .dbk. together. He has been a big supporter of me and was involved in the production of my last album. He was kind enough to produce and play drums on every single song on "Reveries" as well.

CMM-Are your lyrics more from personal experiences or do you write things from others perspectives or even from a fantasy like perspective?

Craig-To be completely honest the lyrics come from somewhere else altogether. I build the lyrics around the pronunciation of the initial improvised nonsense melody. The lyrics just come out of nowhere. Its pretty interesting to soak in the songs when they are completed and actually pay attention and try to make sense of the final words. In the end they are completely interpretive. Some of the songs I have found to have super deep meanings that I had no intention of during the writing process.

CMM-What is your live set up like? Any particular gear that enhances your live show that's unlike other projects out there?

Craig-The shows we have played have consisted of myself and my longtime friend Joel Booska on bass and harmonies. Our backup band is pretty much programmed into a laptop. I've always taken a 'less is more' approach with music so our setup is pretty minimal...although it takes us a while to actually put it all together. I will say my DL4 delay/loop pedal is crucial to the overall Omega Vague live sound.

CMM-What are your plans for live shows in 2015? Will we see Omega Vague on tour or at any upcoming events anytime soon?

Craig-The goal is to hopefully put together a full lineup for some shows and some touring in 2015. Its pretty difficult to find dedicated people who want to tag along to a project that is already set in stone stylistically...which is why I go out with Joel and do it as a two piece. I have always worked alone due to unpleasent previous experiences with band members who lack support, drive or dedication. So perhaps if there is anyone out there reading this in the northeast United States who may be interested in this kind of music..get in touch with me.

CMM-If you had a choice of artists to collaborate in the studio with who would it be?

Craig-Lindsey Buckingham, Robin Guthrie, Neil Halstead, Brian Eno to name a few. I've been lucky enough to work with a select few people in my life that were able to assist in creating this magical chemistry while making music together. As long as I can reach that it doesn't matter who I work with.

CMM-What factors seem to drive you the most when it comes to making music and the creative process?

Craig-I find that its very difficult to get motivated while working alone. I could easily let a lot of time go by and not bother making any music. This sounds negative I know but its a very frustrating time to be a songwriter. Its when I force myself to begin writing or recording that the creative juices start to flow..and especially when the song starts to become something substantial. That's what drives me to finish it.

Posted by Custom Made Music at 9:42 AM