"Five For Friday" with Natalie Bibby of WANWEIRD 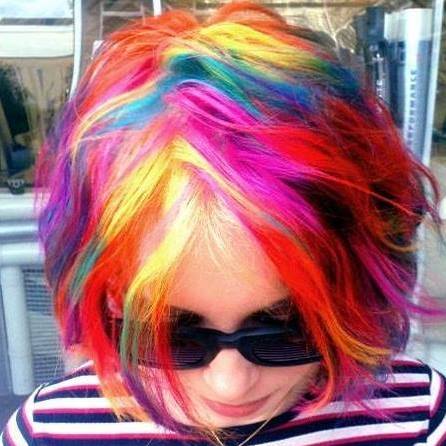 WANWEIRD is the solo project of London musician Natalie Bibby. In less than a year she has released a spectacular E.P. titled "Honey & Salt" and a handful of impressive singles. Her sound is full of raw, angst ridden riffs that combine equal amounts of early 80's post punk with early 90's alternative rock. Bibby shares some of her favorite songs in this weeks edition of "Five For Friday" but first enjoy her latest single "Evelyn McHale".

I think Dig are probably one of the most, if not the most, underrated guitar bands of 90's. This is off their self-titled 1993 album, which is one of my top ten albums of all time. The songwriting on that particular album is really something, and it amazes me that they weren't bigger than they were. With this track they manage to make a hypnotic wall of sound with their three guitarists, and the use of the Wah pedal is genius.

My Bloody Valentine - You Made Me Realise

Back to 1987 with this one. I love this track because it's between the classic shoegazing sound of the band's 'Loveless' album, and the energetic lo-fi 80's punk rock sound. Bilinda Butcher's dreamy vocals contrast nicely with the aggressive biting guitars, creating a bewitching tension.

This one's from 1993; it would be impossible for me not to include a track from a seminal 90's grunge band, as that whole scene has inspired so much of my own music. I think love the guitar tone, the slow plodding verses, and then suddenly the energetic pre-chorus; emphasised by those awesome cymbal chokes. Super cool songwriting.

This is one of my favourite tracks of all time, released in 1996 off their EP 'Amusing the Amazing'. The band features Jerry Garcia from Kyuss, which I think had broken up shortly before the formation of Slo Burn. I love the lo-fi trashyness of the track, especially those drums and gritty monolithic guitars. The build up at the start is awesome, especially when it all lets loose and goes nuts at around 0:40ish.

Allusondrugs - I Should Have Gone to Uni

Lastly, something modern. I actually had the privilege of playing with these guys a couple of years ago, and their live show is one of the best I've ever seen. It's rare that I hear a rock song post-2000's where I have a eureka moment, and think "oh my god, yeah, I totally feel that", and it's kinda magical. For me it seems like the overwhelming majority of mainstream post-2000's rock is lacking relatibility, maybe because too many bands are deliberately focusing on writing good songs just for the sake of it and getting famous...rather than writing about something they really feel. However, we could do with a band like this breaking out into the mainstream to shake things up a bit. Especially love the fuzzy guitars in this!