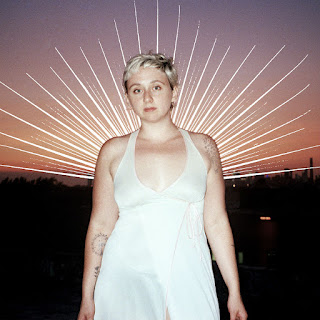 Loving this debut album from singer/songwriter Allison Crutchfield. Raised in Alabama Crutchfield began performing in her teenage years forming the bands P.S. Eliot and Bad Banana with her twin sister Katie of Waxahatchee. In 2012 she co-founded the band Swearin’ and began to develop more and more as a songwriter. "Tourists In This Town" shows just how far Crutchfield has come as the album captures her amazing vocal range and stellar musicianship alongside a sea of breathtaking synths, jangling guitars and infectious percussion. The powerful hooks in "I Don't Ever Wanna Leave California" give it an undeniable appeal while "Charlie" is one of the most honest and heartfelt songs you will hear all year. The "Be My Baby" style beat and pumping piano on "Expatriate" woven with Crutchfield's spectacular vocal cadence make it another top notch track. “Tourist in This Town is completely made up of heightened anxiety and became a clearly defined puzzle that I slowly put together over the course of a year,” says Crutchfield. “It’s a record about change—change of scenery, of partner, of band, of home, of friends, of outlook—and how that change can cause a temporary panic but ultimate triumph in most of us.” "Tourist In This Town" is officially available today courtesy of Merge Records 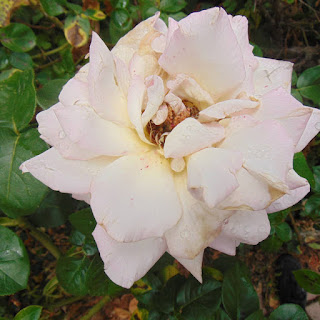 Italian ambient/soundscape project Lagomorph returns with this innovative two track E.P. full of astonishingly beautiful sounds that move together with poise and elegance. "Forest Of Misunderstandings" is surrounded by a gloomy vibe but with an underlying layer of mystery and hope. It's simple melody is backed by gorgeous layers of mesmerizing reverberations that offer a sense of euphoria as the track builds and builds with intensity. "In Pouring Rain" is even more delicate and lulling. The cinematic drone of sheets of rain looms in the background as shimmering swells of uplifting guitars create a peaceful and inspiring tone that is stimulating and strong. Overall "Winter Sessions" is a captivating release that explores the realms of experimental recording with an open mind and open heart. Highly recommended!!! 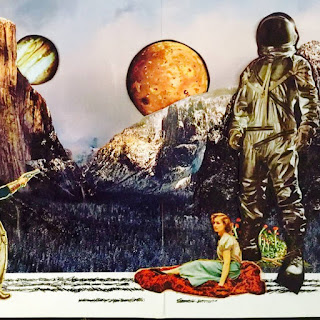 Philadelphia's The Retina's are one of the most prolific bands on the East Coast DIY/Inide rock scene and "Singles" compiles all of the latest one off tracks that they have released under one umbrella. From the lo-fi jangle of "Holly-Touch" to the galloping shuffle and punk attitude of "Feel Alright" the band showcase their brand of stripped down, dirty rock n roll in fine form. "Love Is Ridicule" channels a bit of that laid back,tongue in cheek vibe circa "Hootenanny" era Replacements while "Dissatisfaction" is simply one of the bands best songs to date. Look for a new cassette set out soon on CMM and a lengthy U.S. tour this Spring. 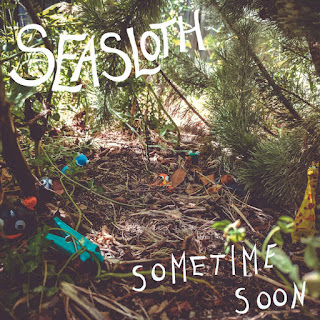 Quite a remarkable debut album from Australian based psychedelic band Seasloth. From the opening tones of "So It Goes" you can tell this band is "all in" as far as musicianship and intensity goes because this band can flat out play. The crawling menace of "Tea Time With Tom" showcases their ability to combine lush atmospheric sounds with grit and power while the shoegaze tendencies explored throughout "Marshmellon" create an other worldly experience that fans of bands like MBV and Slowdive will welcome with open ears. Things get even more psychedelic and even a bit tropical during the colorful and vibrant piece know as "Intergalactic Battle For The Soul Of Man". It's deep layers of modulated guitars and 60's inspired stance meshes well with the epic dynamics found throughout the cunning presence of "It's Unknown". "Sometime Soon" is the type of album that is best enjoyed from beginning to end. It certainly sets a mind bending mood that takes you to a place where anything is possible. An inspiring and thought provoking album that carves out a sound that's all it's own. 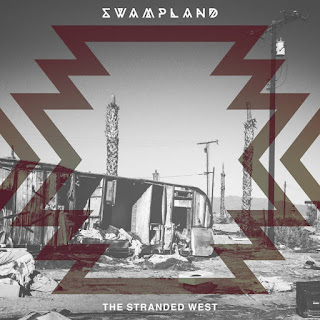 There's a dark cloud and dusky mood that hangs over each of the songs on Swampland's debut album "The Stranded West". Tracks like "Path To Purity" and "I'll Never Know" harness a dangerous presence and swaggering flair that embraces the spirit of Nick Cave and Dead Moon but also put a catchy twist on things at times blending infectious hooks with an intriguing blast of gloom and doom. There are also some very Americana elements to the album as the shuffling rhythm of "Wounded Knee" sounds like a cross between Chris Issak and Joe Doe collaborating on a classic spaghetti western score with a touch of The Wovenhand thrown in for good measure. The striking stance of "Sirens Wall" embraces aspects of rockabilly and punk and there's a soulfulness to "Axeman Of New Orleans" that offers a twinge of Danzig alongside a mysterious carnival like setting. Overall "The Stranded West" is a highly enjoyable ride with many cinematic twists and turns that keep you engaged waiting to hear what will come next. 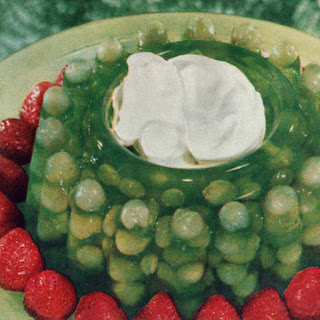 Coming off of last years stellar E.P. "Honey & Salt" London's Natalie Bibby aka WANWEIRD returns with a delightful new single titled "Green Jelly". It's catchy vocals and lush undertones work brilliantly with it's pounding drums and crushing power chords. The swirling sounds of a theremin even make it's way into the mix courtesy of Love Battery vocalist Ron Nine. This is the type of track that has just enough bounce to it that it's fun to sing along to but backs it up with a solid dose of 90's inspired rock n roll angst that pulls no punches. Head over to the Wanweird bandcamp page and check out all of Natalie's amazing songs.