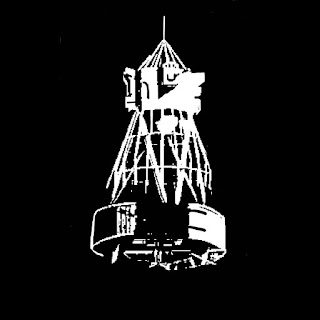 Cold On Pluto out of Guelph, Ontario Canada make intense dream pop soundscapes that take you on an enticing journey throughout this five track E.P. "False Star" is an epic song highlighted by a huge vocal presence that sounds like it was recorded in a giant cathedral. It evokes a spirit of power and happiness that parallels a very cinematic feel. The beautiful guitar based instrumentals "Transition" and "Little Star" serve as the perfect pathway into the trance inducing sounds of "Silver Ship" which really harnesses the use of some underlying ghost notes that blast at mind bending frequencies. Closing song "Sinking Ship" combines the shimmering tones of the previous tracks with a darker, cagey type feel that caps off this e.p. in fine form. A promising collection of endearing sonic bliss. 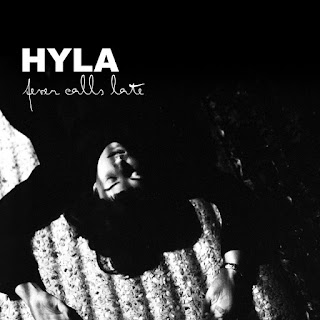 Another top notch release from this Perth Australia band. From the opening moments of "Fever Calls Late" you can tell your in for a hypnotic roller coaster ride as the title track draws you in with it's swirling layers of effects driven guitar tones. "Weightless Cloud" is a well crafted noise pop track full of looming drones and melodic guitar leads that will have you humming along for days on end. The song fades into a lull of haunting mechanical noise that sets you up for the dirge like feel of "The Thousands" which echoes the darker aspects of "Disintegration" era Cure. The chiming notes of "Wiser Way" are set to a laid back galloping beat and some beautiful ethereal sounds that compliment the ominous vocals well while the captivating "Come Find Us" brings everything to it's peak as all the psychedelic undertones and noise mayhem culminate into a funnel of dream like soundscapes. 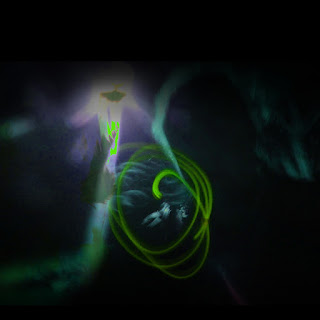 Nightshades bring a full on in your face blast of high energy punk rock n roll on their latest E.P. "Wendy". None of these songs clock in at over 2:42 as the band blaze through the tracks with speed and intensity. "Nail File" has some excellent melodic elements that accompany all the power and distortion well while "Wendy" features the vibrant sounds of Mallory Giles and Sarah Grants dual vocal attack. I absolutely love the guitar leads that close out the song. "London Bass" begins with a barreling bass line and features a classic power chord progression. The surprise keyboard melody really adds a nice touch bringing to mind for just a minute, a more polished Catholic Discipline. Garage rockers "Elevator Eyes" and "Teenage Fool" keep the energy on high before the barn burning closer "Red Racer" sends you off wanting more. A most excellent release recommended for fans of The Misfits, Sleater-Kinney and K-Holes. 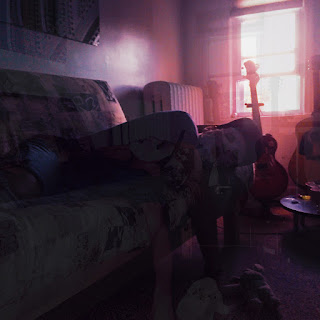 Headed by New York City musician Brandon Sanchez, Spirit Maces bring forth a soothing collection of experimental indie pop songs that are perfect for a fun filled Summer day. Opening track "Hats" sets the tone for things with a colorful array of droning sounds surrounded by voices that come off like a psychedelic dinner party. "Week Nights" is a brilliant piece full of jangling guitars and comforting vocals. It's straight forward beat and simple melody are quite contagious and the synth driven noises that drift in and out are the icing on the cake. The captivating interlude known as "Nature Boy" reminds me of a cross between Air and "Magical Mystery Tour" era Beatles while "Week Ends" is another up beat track full of catchy hooks and vibrant sounding guitars. There is some serious 80's new wave flair during "Ruby" that follows in the spirits of Dexy's Midnight Runners and OMD. Sanchez really shows off his vocal range throughout the song as it's truly one of the stand out performances of the album. The surf rock production on "Too Busy, Not Really" adds a bit of grit to it's straight forward three chord song structure. The album closes with the refreshing sounds of "Torpor", another lively track that showcases positive energy and warmth. Overall an excellent assortment of top notch dream pop songs that are energetic, vigorous and fun. 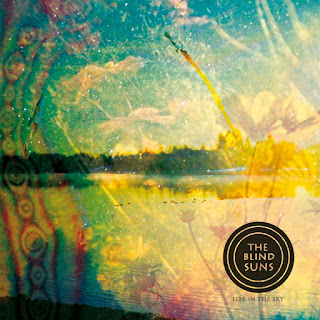 The Blind Suns "Fire In The Sky" Double A Side Single (theblindsuns.wildvalley.fr)

Loving this new single from French dream pop duo The Blind Suns. Drawing sounds from the likes of Mazzy Star, JAMC, and The Primitives, "Midnight Sun" caries that Duane Eddy meets Link Wray like guitar sound that sits so well alongside Dorota Kuszewska's captivating vocals. Simply put this song is undeniably cool and stands up well next to it's predecessors. "Smoke & Mirrors" starts with a pulsating dance beat that's quickly joined by another blast of garage rock guitar mastery and magnificent vocal elegance. It's both hypnotic and infectious and features an outstanding "Break" towards the end that puts an incredible spin on things. A fine addition to the world of reverb drenched, rock n roll. 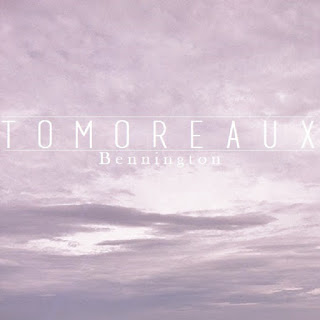 "Bennington" is a stunningly beautiful song filled with ambient textures that combines aspects of post rock, shoegaze and indie pop. Backed by a highly precise rhythm section and an other worldly guitar presence the musician ship represented here is off the chart. The song starts off in a delicate manner that shifts into more powerful territory around the two minute mark before settling back down allowing room for a matter of fact style vocal section. Things pick back up into a moody swaying swing when out of nowhere the vocals return in strapping fashion as the singer unleashes a voice of mammoth proportion that is both brilliant and bold. This Buffalo based band have clearly created something novel, engaging and unique.