"Sonic Soundwaves" An Interview With Luke Phillips of Icebeing 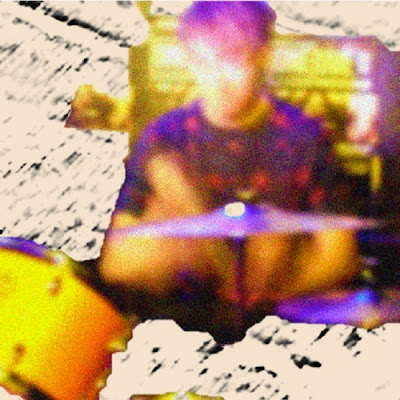 Based in Kent England Icebeing is the recording project of musician Dylan Phillips. His debut self titled E.P. is a beautiful collection of songs that blend the sounds of 90's shoegaze and 60's psychedelia. We sat down with Dylan to talk about what inspired him to play music,the recording of the E.P. and his approach to songwriting. Have a listen to the E.P.'s first single "Pools" and enjoy the conversation.

CMM-What's the first music you remember hearing as a child and what made the most impact on you?

Luke-Pretty much anything I heard, a real mix of stuff - anything FX-heavy is great. I've always liked 60s music, my favourites growing up were The Jackson 5 and the Monkees. The Gorillaz debut was my first proper album I got after liking the videos, and I still love it today. I've been a big Blur fan from a young age too. I think there's a little bit of everything I like in the music I make.

CMM-When did you start playing guitar and what pushed you to pick up the instrument?

Luke-I wanted to play as many instruments as possible, I was just obsessed with the idea of making my own music and wanting to be able to do what I'd heard. I started off teaching myself how to play the drums when I was 4 years old, then piano lessons and guitar lessons came a few years later. I didn't really get into guitar music until I was about 10. I've played drums in a rock band for the last four years so I don't really see myself as a guitarist at all. I sort of treat the guitar as a way of getting sounds as opposed to playing chords and riffs because I'm not great at playing.

CMM-You just released your debut E.P. What was the writing and process for it like and what was your approach when it came down to recording it.

Luke-I've had some releases prior to this under different names, but this felt like a bit of a change up. I've got another more ambient electronic project that this seemed too noisy for, but a lot of the songs started out as sketches for that. Then I got properly into the whole psychedelic and noise rock genres and wanted to turn them all into this. The writing process has been kind of weird, lots of these songs have been pieced together from loads of different parts I've come up with, so it almost feels like I've been working towards this for the last few years. Pools, for example, started off as a little piano thing, then it changed to a marching waltz type thing, and finally ended up being this abrasive heavy song. I don't usually finish writing the song until I've recorded it, changing stuff as I go along. Recording the EP was basically overdubs and overdubs, then taking some stuff out and rearranging things, and then overdubbing again. I used my 8-track to record the main instruments and mixed that all with some plugin synths and noises on the laptop. I'm a bit of a perfectionist so I spend a lot of time on minute details and things.

CMM-What program do you use for recording and what type of guitars, amps and pedals did you use when making the E.P.?

Luke-The E.P. was all mixed in REAPER, with tracking done on the Foster MR8 multitrack, then everything was mastered in Logic. The only guitar I have is a cheap Fender Squire, and then the FX are mainly done with distortion plugins like Camel Crusher and the stuff in REAPER. I don't think I used any amps. It's pretty much budget equipment, anything I can get cheap or for free. If I could afford all the pedals and amps then I'd definitely use them!

CMM-The songs have a very cinematic feel to them. If you where to score a film for a particular director who would be your first choice to work with?

Luke-I've always wanted to do film stuff, with my music I try and set a mood and create an atmosphere. I'm not too sure on directors but doing soundtracks for horror films would be a lot of fun, I love doing dark sinister music. But it'd also be amazing to work with an orchestra and do some big classical stuff.

CMM-Are your lyrics more from a personal experience or are they more from an outsiders type view?

Luke-I'm not really a fan of writing lyrics, this is the first release of mine that I've really bothered with them. I prefer using my vocals as another instrument in the mix rather than the main focus. Whilst I spend ages on the music, I don't really spend much time on the words. There'll be lines that I come up with over time that I cobble together, or sometimes there'll just be words that I use because I like how they fit together. It's definitely something I'm looking to focus on more in the future.

CMM-"Pools" is a very intense track where as the rest of the E.P. is more laid back and experimental. What set the pace for the contrast in styles?

Luke-I suppose it was because I worked on them at different times when I was into different things. Pools and Murmured are both influenced by My Bloody Valentine and heavy shoegaze, and Suntrip is kind of Soft Bulletin-y, whereas the others are more 60s influenced with the mellotrons and stuff like that. But I'd say my music taste is pretty varied so I wanted to try and get as many different elements in there as possible. The fairground bit in Ebb was put in just to have something totally different from the rest of the track for a surprise element type thing, and then the last track was meant to be a sweeping cathartic ending. A lot of the experimentation was me getting bored after working on it so long, and then putting stuff in to make it interesting for me again.

CMM-The cover art for the record is beautiful. Did you make it yourself and what are your feelings about how records are packaged. Did you see a record you'd never heard and get drawn in to listen to it based on the artwork?

Luke-Thank you, and yeah it's a photo of a reflection in some water that I took and warped. I like to spend time on artwork, I think it's really important that when you see the cover you instantly think of the music. It's part of the overall package, and the first thing I judge an album on usually. Black Foliage by The Olivia Tremor Control has an excellent colourful album cover that drew me in, and when I heard the album it was excellent and colourful too. I think if there's a great album with a poor cover it tarnishes it a bit. 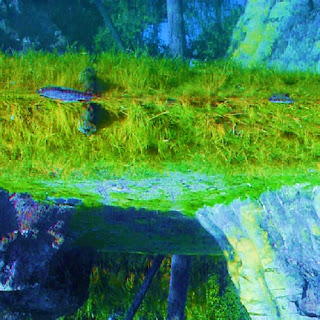 CMM-So what's the current underground scene like in Kent? Do you attend shows regularly? Any standout bands you really like?

Luke-It's something I don't do enough, I should definitely go to more shows. The only time I get to see other local bands is when ours is gigging really, which isn't too regularly at the moment. There's a band called http://www.theboweryelectric.com/the-shinerslazy-queencluster-sun/ that stand out, they have a huge noisy sound and great songs.

CMM-What can we expect next? New songs? Maybe a full length?

Luke-Hopefully an Icebeing album on the way! Although I don't know how long it'll take. I want to try and merge a load of ideas together and really experiment with sounds and production a bit more on this one, so at the moment it could sound like anything. I suppose it depends on what music I get into when I'm making it.