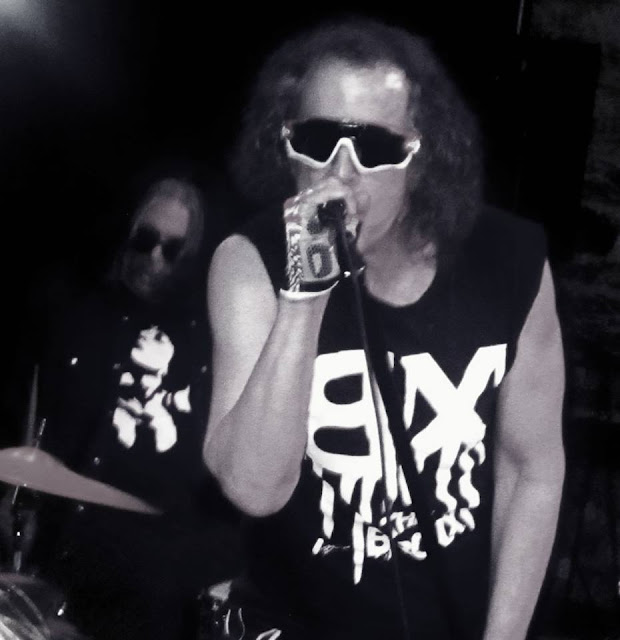 So I recently ventured back to New York City for a weeks with of shows and events primarily focused around the 2018 Grammy Awards. However I did manage to escape the world of 70's icons and modern pop to see some pretty incredible bands both new and old in various venues across the city. Here's a rundown on some of my favorites I was able to take in. 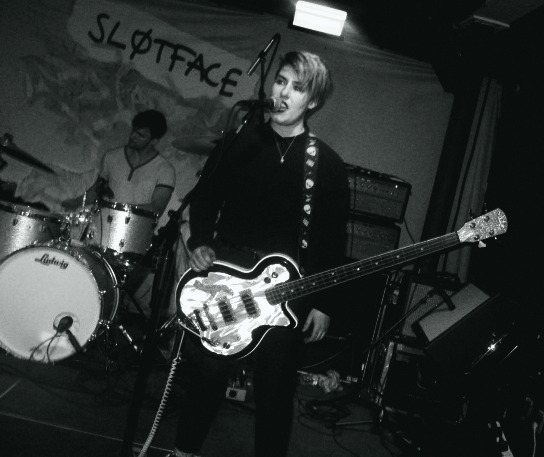 A Deer A Horse kicked off the night in grand fashion. This band just gets better and better every time I see them and although I'm a bit biased having released two cassettes with them it's no secret that hard work pays off and with close to 100 shows played in 2017 it's easy to see how A Deer A Horse have taken their live show to the next level. The audience were certainly engaged with the band as the energy level was on high. Catch A Deer A Horse on the road now through spring. 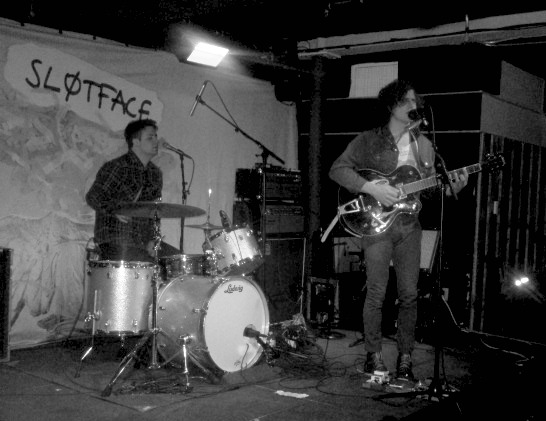 Winstons are a fun guitar and drums duo who's stripped down rock n soul sounds have a true sense of honesty and openness. Apparently these Brooklyn based guys have ties to Virginia and their recent 7" single from Charlottesville VA's WarHen Records is a heartfelt, gritty pair of tracks that captures the bands intense live vibe. I really enjoyed their set which at times brought to mind the likes of Link Wray and The Everly Brothers. 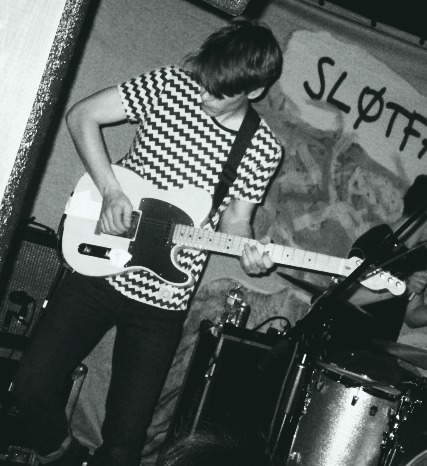 After a reasonable wait Sløtface took the stage and instantly excited the solid crowd who had merged together to see them. Highlighted by Haley Shea's charismatic vocal stance the bands hour long set rested on the strengths of it's fine tuned rhythm section that mesh well with the bands melodic and at times abrasive guitar sound. A bit of them reminded me of 90's rockers Letter's To Cleo but with a little more grit and some more modern indie rock and electronic influences. Their stage presence and light show were on point as well and it seemed like the audience was greatly satisfied. Overall a fine show featuring three very diverse bands. 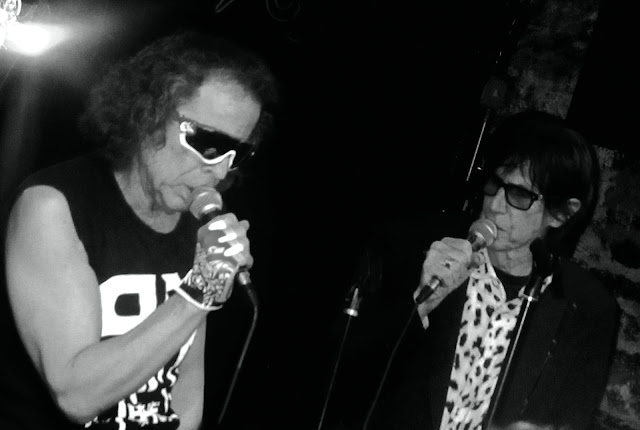 So I leave Elsewhere in Brooklyn and rush back over into the city to get to The Bowery Electric where they are hosting a tribute to Alan Vega and Suicide with a line up that's a who's who of the underground rock world and included appearances from Martin Rev of Suicide, Kid Kongo Powers (The Gun Club/The Cramps), Keith Streng and Peter Zaremba (The Fleshtones), Ric Ocasek (The Cars), Bob Bert (Sonic Youth), Johnny Airies (The Drums) and many more. The room was packed and although it was getting late there was still plenty of show left to go. Next thing I know Vega's wife Liz Lamere and his son Dante along with Jared Artaud of the Vacant Lots and Perkin Barnes set up and tore thru "DTM" and "Screamin Jesus" both of which were featured on Alan Vega's final solo album. They had hung one of Vega's jackets from the mic stand and Lamere said "Alan is definitely with us tonight." Soon the man himself Martin Rev hit the stage alongside Gregg Foreman of Cat Power/Delta 72 fame who put together the evening, played keys throughout the night and served as musical director. They would be joined by Bob Bert and Cynthia Ross for a stunning version of "Rain Of Ruin" followed by Rev and Foreman's fantastic take on the classic "Johnny". 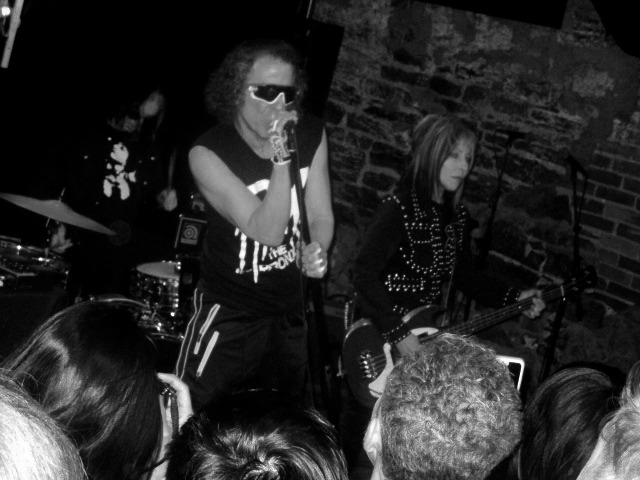 Finally the back stage door would open and legendary Cars frontman and Suicide producer Ric Ocasek made his way to the stage to join Martin Rev for a glorious rendition of "Dream Baby Dream" which was as heartfelt of a performance as you can get. Overall a fantastic and inspiring evening and amazing tribute to one of the most innovative musicians of all time. 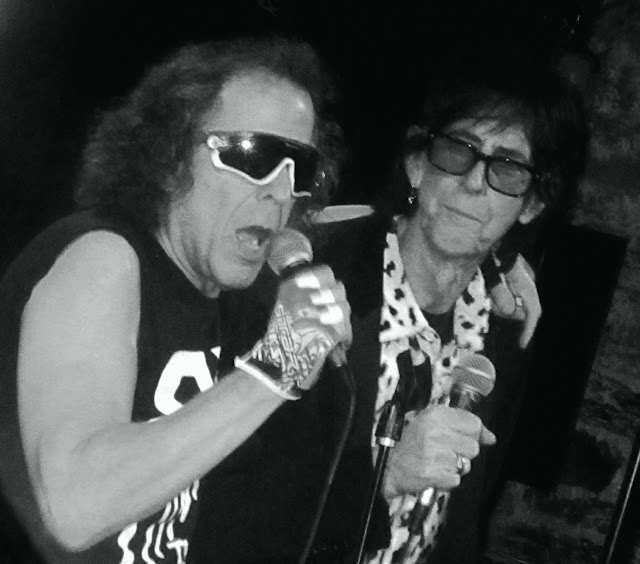 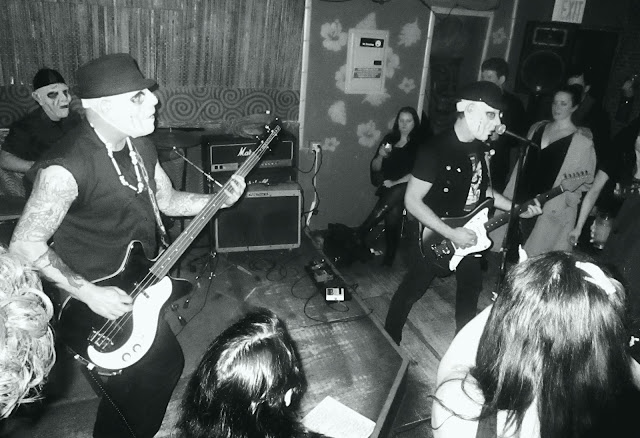 I was super excited to get to check out this Lux Interior/Cramps inspired art show at the always entertaining Otto's Shrunken Head. The Tarantula Brothers played an amazing set made up of Cramps favorites including "Garbage Man", "Naked Girl Falling Down The Stairs" and "Bikini Girls With Machine Guns". The packed house loved it and there was a lot of awesome Lux inspired artwork to take in. Otto's has been hosting a slew of really fun events recently and you can check out their calendar at www.ottosshrunkenhead.com 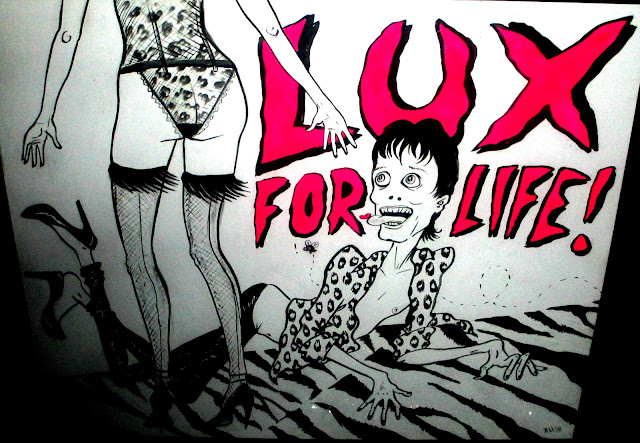 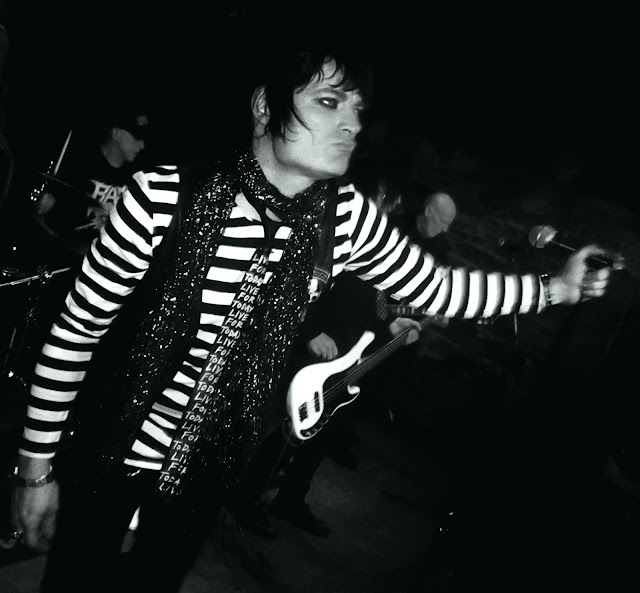 So I'm back at The Bowery Electric to see one of my all time favorite bands The Dead Boys. This is a revamped line up featuring original guitarist Cheetah Chrome and drummer Johnny Blitz alongside vocalist Jake Hout, Bassist Ricky Rat and Guitarist Jason Kottwitz and let me say these guys absolutely destroy. From the opening chords of "Sonic Reducer" I knew I was in for a great set as the crowd went crazy singing along. This was quickly followed by top notch performances of "All of This And More" and "What Love Is". 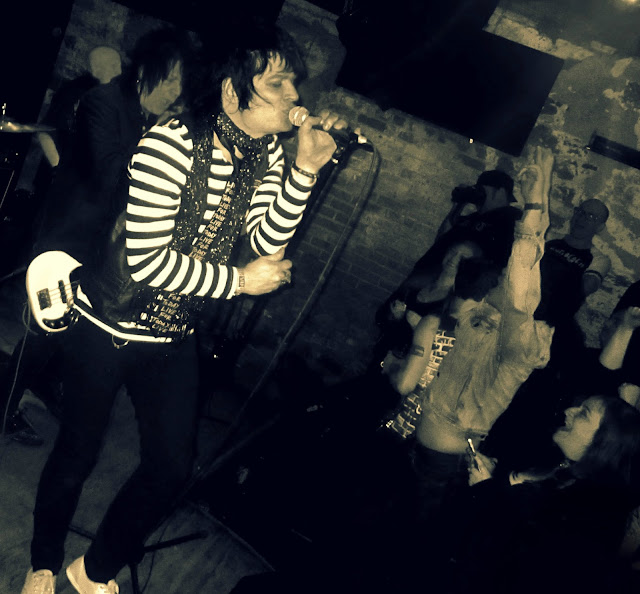 The band didn't leave much time for stage banter which was great. Singer Jake Hout kept the crowd going as he regularly ventured into the audience to let everyone sing along with him. Other highlights of the set included "Ain't Nothing To Do", "High Tension Wire" and "Down In Flames" as well as an encore of "Ain't It Fun". The Dead Boys are in the UK now and have lots of shows planned throughout 2018 so by all means go see this band play. You won't be disappointed. 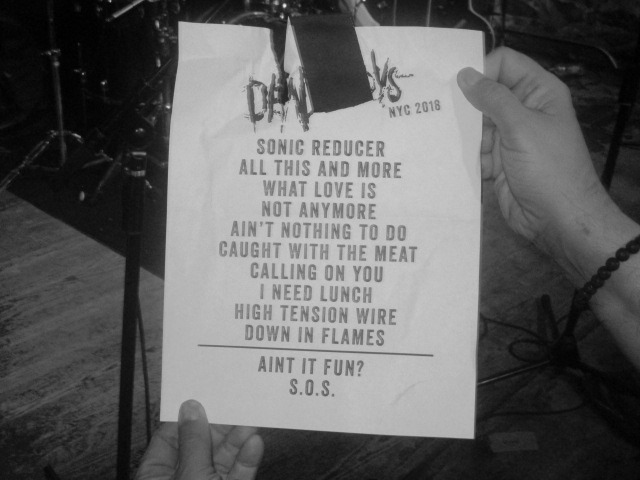