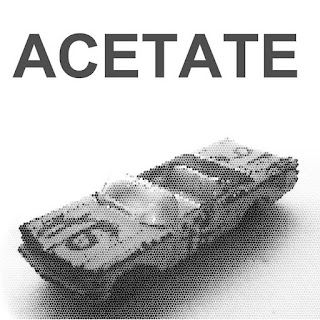 Acetate "For A While" E.P. (acetate90.bandcamp.com)

French post punk unit Acetate deliver big on this debut five song E.P. Things open with the swirling sounds of "Know That Place" as it's driving rhythm and desolate approach set a brilliant foundation for the flourishing blasts of guitar feedback and noise that flow throughout the track. "Epilepsy Dance" is an even bleaker piece as the shuffling beat and rolling bass line push things further into darkness while "Lysrgic K​.​O" moves like an epic flood of hypnotic psych driven madness. Things pick back up again on the quick paced "Sound Of Frustration". It's reverb drenched production and hard hitting delivery sit well next to the goth-gaze filled tones of closing number "Danger". A powerful debut that equally matches it's love for gloom and doom with beautiful, thought provoking psychedelia. 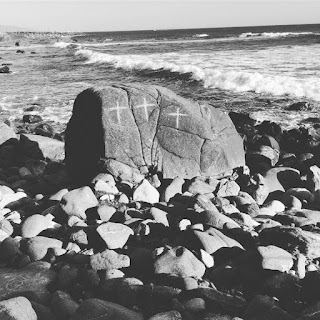 Exhale Supernatural just released this tremendously impressive debut that merges mesmerizing tones and textures with mind bending beats and breathtaking soundscapes.The infectious feel of opening piece "Ether Bloom" draws you into other worldly territory as it's captivating loops are accompanied by a lush and mysterious vocal presence which continues to evolve throughout "Lachrymal Fang". A colorful wash of sound surrounds the hypnotic feeling "Eurydice" while layers of organic percussion highlight "Oblivia" and "Hypneratamachia". "Pythia" is more mechanical and a times almost savage sounding. It's got a haunting undertone to it that I absolutely love. The peaceful demeanor of "Daedal Embers" adds a welcoming touch to everything before launching back into the frantic yet lulling world of "Isarix Crane". Simply put "Lachrymal Fang" is an incredibly beautiful release. I hear something new and inspiring with each and every listen. A brilliant work of art from beginning to end. 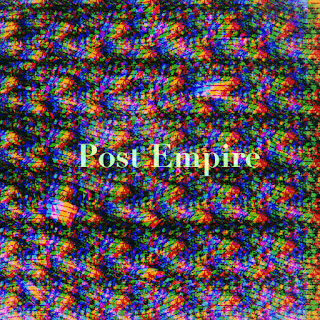 Worcester, Massachusetts indie rock duo Post Empire offer up a solid batch of bouncy, jangle pop tracks on their self titled debut E.P. The beautifully layered tones of "Beach City Beach" start things off in fine form as it's full bodied guitar chords and free spirited mood makes it a perfect track for spring. "Sugar On my Ears" is even faster and catchier and echoes the spirits of late 80's college rock while "Sensations" glides along with elegance and grace. The slow glowing pace of "Sweet Release" highlights the diversity this band is able to create throughout the E.P. It's full of shimmering dynamics that create a world of atmospheric bliss but with the a touch of an early 2000's indie rock appeal. A fun and introspective debut from these promising young upstarts. 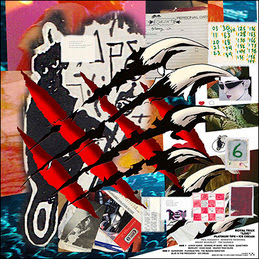 The recently reformed Royal Trux have posted this live version of "Sometimes" as a preview to their upcoming live album "Platinum Tips + Ice Cream". The track is a fitting representation of the swagger filled, no frills performances the band are known for. The duo begin a European tour (their first in 20 years) on May 26th in Paris, France at Villette Sonique and the live album is due out on June 16th via Drag City. 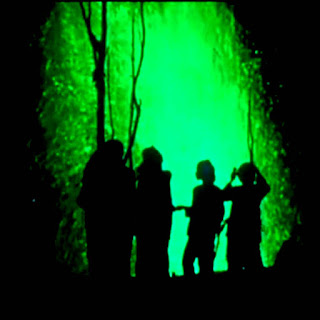 Based in Wrocław, Poland Tragibotanik shine bright on their debut full length album "Big Sur". The first thing I notice and enjoy about this band is their willingness to experiment and drift out of the norm. There's a heavy "math rock" presence to these songs but it's all balanced out with solid doses of sonic noise and cleaver soundscapes. The musicianship throughout the record is off the charts and the arrangements and delivery of the songs are simply second to none. Highlights include the atmospheric yet intricate pace of "Meetings with History", the pin point precision of "The Machine Gun Sea" and the riff heavy "Dirty Postcard". "Big Sur" is a fantastic album that moves like a musical roller coaster. It's thrilling, unpredictable and challenging and hands down one of the best albums you will hear all year. 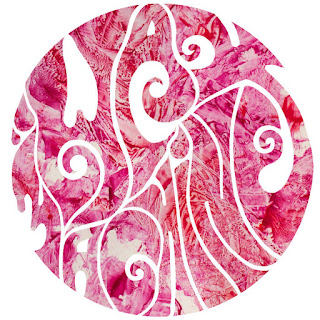 Wax Machine deliver an infectious brand of psychedelic garage rock with traces of 70's glam rock appeal. "Magic Machine" is full of colorful fuzzed out guitar tones and high energy drumming that gels well with it's bluesy vocal attack and swaggering stance. It's got a relentless swinging groove to it that never let's up and keeps you wanting more. "Holy Ripples" is an acoustic number with more of a folk feel to it. The saxophone and fluttering tempo make it rather unique and give it a very "White Album" era Beatles twist to things. A fabulous pair of tracks from one of the U.K.'s top up and coming bands.

Posted by Custom Made Music at 2:41 PM