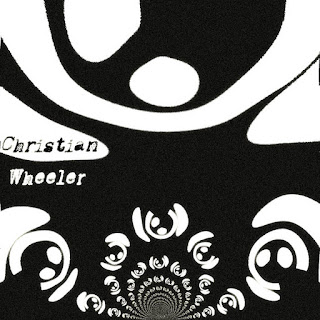 Singer/songwriter Christian Wheeler shines bright on his debut E.P. simply titled "Side 1". From the opening moments of "Jackie (Oh)" you know you are in for something special as it's rich harmonies and clever hooks fuse the psychedelic pop of The Beatles with the swaggering flair of T Rex. The infectious vocal cadence and jangling guitar tones featured on "You!" will have you humming along for days on end while the laid back feel of "Screen Time" has me hoping for an early spring. The envelope is pushed once more as Wheeler introduces an early 60's crooner element to the mix during the passionate stance of "New". I really can't get enough of these songs. The musicianship and songwriting are stellar to say the least and the production and overall vibe of the recordings really put everything over the top. Looking forward to hearing what Wheeler has in store for "Side 2". 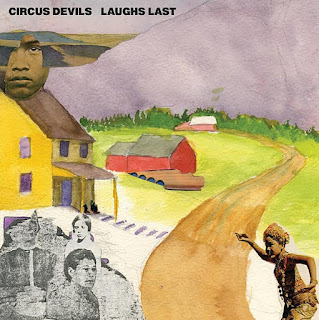 Self described as "art rock made by cavemen" and "high humor and low drama", Circus Devils, the long running project of Robert Pollard (Guide By Voices) and Tom and Tim Tobias are set to release "Laughs Last" their 17th and final album on February 24th. Advance track "Do The Nixon" features a clever stones like groove that's chocked full of Pollard's tongue in cheek lyrics which flow steadily throughout this two minute masterpiece. "I do the Jagger, and I clap my hands look both ways and cross the street". In addition to the final album the band will simultaneously release a best of album titled "Laughs Best (The Kids Eat It Up)" which is refereed to as "a collection of 30 speedy deliveries from rock and roll’s Twilight Zone – will leave you exhausted, satisfied, and ready for another spin.". Both vinyl releases are limited to a world wide pressing of just 500 copies and the "best of" contains a special bonus DVD. 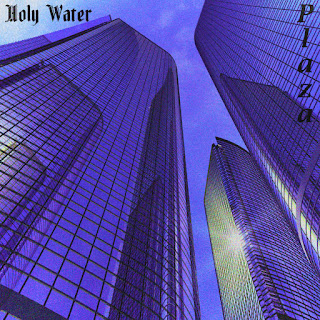 "Plaza" the latest offering from Leed's musician Will Shuttleworth's lo-fi/experimental project Holy Water is absolutely amazing. It opens with the epic blast know as "這裡Plaza" which harnesses some of the most intense and powerful sounds you will ever hear. It's almost like a soundtrack to a scene in a super hero film where the main character is first learning how to use his powers but instead of it being made by Marvel it's made by David Lynch. "Glory Days" is dripping with rich analog guitar textures and a bold, matter of fact style vocal delivery that I really enjoy. It's simple beat and array of subtle nuances blend well with it's captivating hooks that show off Shuttleworth's impressive song writing abilities while "Sing and Dance (while the music is being played)" is a brilliantly executed sound collage that explores high levels of experimental psychedelia. Overall "Plaza" is an elegant work of art from one the U.K.'s most inspiring up and coming composers. Highly recommended. 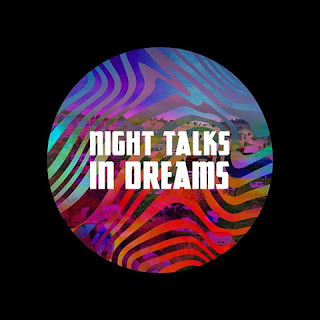 Los Angels based alternative rock band Night Talks make quite an impact on their debut album "In Dreams". I'm immediately blown away by lead vocalist Soraya Sebghati's dynamic range as she showcases a brilliant balance of power, elegance and passion throughout the albums 11 songs. Things start off with the quick pace of "4 X 4" which is backed by the flawless rhythm section made up of bassist and drummer Josh and Cris Arteaga. The song's rich vocal melodies and shimmering guitars paint a colorful and inspiring sonic landscape. "Green" carries an atmospheric spirit as waves of pulsating synths flow alongside an intricate bassline giving it a striking cinematic glow while "Black And Blue" combines elements of post punk with lush indie pop that moves in sparkling fashion. Things slow down a bit during "Drift". It's epic mood and shuffling beat set the scene for the spectacular work of guitarist Jacob Butler as he shifts from highly textured tones and full bodied chords to blistering over driven leads. Other highlights include the hook driven sounds of "Mr Bloom", dark feel of "Glass" and cagey riff rock displayed on "Jungle". The phenomenal delivery of closing track "In Dreams" serves as a culmination of soothing sounds that leave you with a feeling of hope. An inspiring debut full of captivating songs by a band who are truly on the rise. 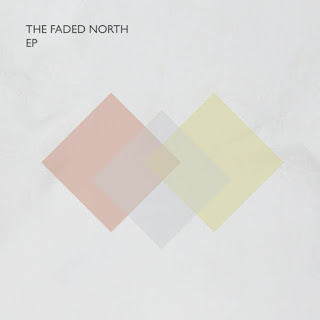 Austria's The Faded North combine driving guitars with powerful melodic vocals throughout their self titled debut E.P. Opening number "Worm" captures a variety of ethereal sounds that sit nicely next to it's pounding almost frantic like ending while the hypnotic flow of "Ponytail" brings to mind the likes of Echo & The Bunnymen and The Cure. I think what's most impressive about this band is their ability to come up with innovative riffs that make you feel like your floating on air as tracks like "See You Soon" capture a desolate presence merged with lulling overtones that take you back to the days of college rock radio but with an updated modern day twist. A remarkable release for fans of eclectic, mind bending rock n roll. 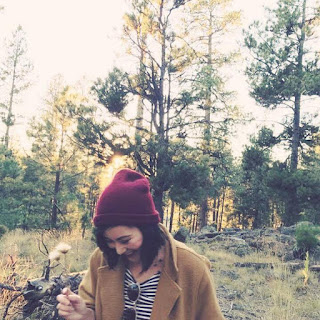 Loving this new E.P. from Phoenix based indie pop outfit Without Youth. The duo's thought provoking, cinematic style moves throughout these four songs starting with the captivating presence of "Room" as it's dusky mood and swinging beat give it an infectious dose of undeniable appeal. "Take III" shares a similar pace but filters in a welcoming blast of fuzzed out guitar leads that fit perfectly alongside Liz Christy's soothing voice while the shuffling spirit that flows through "The Edge" give it all the makings of an indie pop classic. An honest, heart warming release from one of the most intriguing new duo's to come along in years.

Posted by Custom Made Music at 2:52 PM