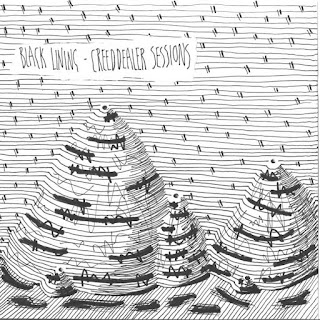 Headed by Brisbane, Australia based musician Nicholas McMillan, Black Lining create a whirlwind of atmospheric tones on their latest release "Creed Dealer Sessions". Opening cut "Maria's Dog" is a well crafted sound collage built from a wash of manipulated guitar notes that are lulling and frantic at the same time. Things get even more cinematic on "Calamari In The Tray Of The Ute" as it's fluttering drone like presence makes it a truly beautiful work of art while the cathartic spirit showcased on "Shouting To Let The Tension Out" makes it the most experimental track of the bunch. The warbling structure of "Zachary Michael Degnan (Doesn't Know How To Whistle)" gives an absolutely brilliant ending to a wonderfully executed and truly stellar release. I can't wait to hear what McMillan comes up with next. 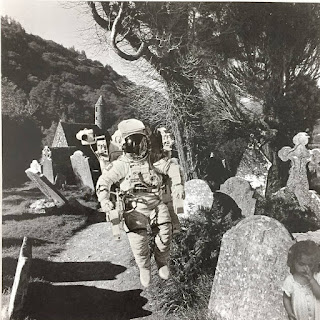 Whoa. San Francisco's Droneyard have released one hell of a debut album. "Devolver" is made up of 13 melodic rock n roll numbers that channel the spirits of The Beatles, Weezer, The Who and Cheap Trick but it's also much more than that as the band really have carved out their own brand of stripped down rock n roll. "Press Rewind" builds off of brilliant guitar and vocal melodies that are backed by an in the pocket rhythm section that works all so well as it's hook filled chorus gives off a warm hypnotic glow. The uplifting spirit of "Maybe Maybe Not" balances blistering fuzzed out power chords with a free spirited psychedelic vibe that's sure to get you singing along in no time while "Take It As You Leave" is a raw, garage rock romp full of grit and swagger. Other highlights include the melancholy "Broken As Can Be", the hook filled tones of "Zeros And Ones" and the shuffling groove of closing number "Take 9". This is one of the best straight up rock records I've heard in years. Top notch songs performed with incredible musicianship and excellent production. Highly recommended!!! 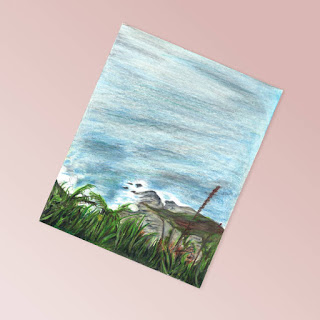 U.K. musician Jonathan George Fox offers up one of the most inspiring and beautifully hypnotic tracks I've heard in some time. It was actually recorded back in 2009 but just recently released. The track is made up of some brilliantly crafted guitar work that is full of deep textures, haunting drones and subtle nuances that offer a sense of comfort and peace. There's also a collection of atmospheric sounds that lull over top of everything giving it a intriguing and mysterious vibe. When reflecting on the creation of the track Fox says "Numbing was recorded in Ilfracombe in 2009 after my close family decided to relocate, for what became five years before moving on again. During this period I stayed there temporarily for a number of times using mainly an attic bedroom and the garage in the garden for recording music. Working and walking and living in this quite special north devon microclimate is somewhat sobering and substantial. Rolling green flourishing hills surrounded by brutal oceans jagged rocks and unsettled weather created a special environment for much of my work written or completed there in one way or another. Numbing was created for my mum, for meditation and healing therapy practice. A long improvisation with my guitar and various instruments I had at the time including a singing bowl and a special north American style flute I stole off my dad." "Numbing" is a must listen for fans of spaced out, experimental ambient soundscapes. 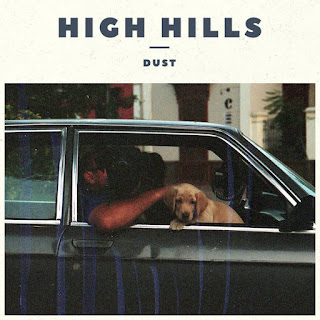 Loving the sounds on this new single from Montreal psych/surf outfit High Hills. "Dust" is a laid back mind bender that blends 60's garage rock with a modern indie style twist. The mysterious cadence and hypnotic tone of Vocalist/Guitarist Alex Fauteux is second to none as bassist Jean-Félix Lamarche and drummer Jean-Michel Cyr set a solid foundation for these psych driven anthems. B-side "Moonshine" adds a bit more menace to the mix as it's pounding rhythm and blistering leads shine throughout. An impressive blast of top of the line rock n roll sure to give you a healthy dose of psychedelic satisfaction. 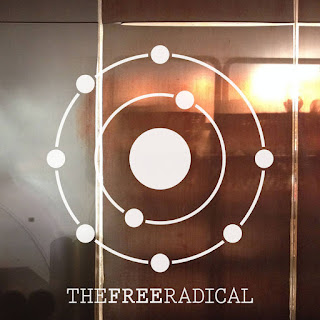 The Free Radical deliver big on their debut S/T E.P. The London based band's sound falls someplace between the graceful side of My Bloody Valentine and classic Velvet Underground flair. Opening number "Orange Glow" is backed by a compelling rhythm and pulsating synth tones that compliment it's striking dynamics and atmospheric vocal delivery, while the rich melodies that flow throughout "Wings" delve deep into the other worldly realms of shoegaze. The E.P.'s third and final track "Overcome" demonstrates a fine range of shimmering hooks and brilliantly colorful textures that cap off this E.P. in fine form. A fabulous release to help kick off the new year. 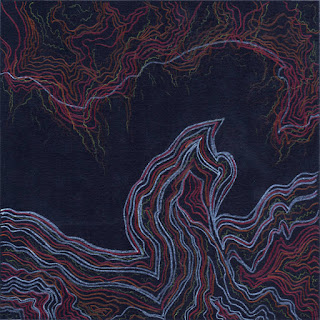 Latina, Italy's The HAL Reason bring a diverse range of sounds to the plate on their self titled debut E.P. Things start off with the ethereal mood of "Timeless Journey". It's shimmering guitars and laid back rhythm set a delightful pace that meshes well with the driving tones of "Unfulfilled". Backed by a spectacular rolling bass line and a rich psychedelic vocal stance "Streets Of Berlin" shows off the bands diversity and willingness to experiment while the more melodic structure of "Rise" makes for a wonderful ending to this captivating release. Overall The HAL Reason have an inspiring sound that showcases everything that's good about cinematic, atmospheric experimental rock n roll.

Posted by Custom Made Music at 2:27 PM