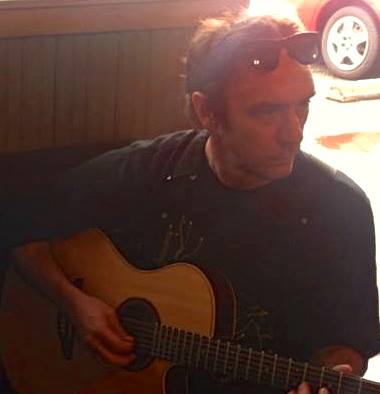 Doug Gillard is one of the most notable guitarists and songwriters of the American underground rock scene of the last 30 years. From his work with Death of Samantha, Cobra Verde, Guided By Voices and Nada Surf along with a stellar collection of solo releases he's assembled a truly remarkable discography. Gillard shares some of his favorite songs in this weeks edition of "Five For Friday". You can catch Guided By Voices tonight in Philly at Underground Arts and New Years Eve at The Music Hall Of Williamsburg in Brooklyn.

Upstate NY band who toured with The Monkees and Hendrix in the late 60s, the Sundowners released the semi-psychedelic album Captain Nemo in 1968, chock full of songs with odd & amazing chord progressions that still manage to sound pop with great melodies & soaring vocals.

I've loved this song for ages, but recently heard an interview with Graham Gouldman, where he explains how he married separate song ideas together for this song and also "For Your Love". The way he juxtaposes majors & minors here (and in the Hollies' "Bus Stop") has long held an appeal and something i try to keep in mind when writing.

Lyall was the keyboardist & cowriter in Scottish pop band Pilot. He recorded one solo LP in 1976, sadly passing away in 1989. Was torn between putting up this song or the wonderfully strange "Maniac" from the same album. Pilot guitarist Ian Bairnson is featured here, and that's Phil Collins on drums.

Echo and the Bunnymen - All That Jazz

Posted by Custom Made Music at 9:21 AM