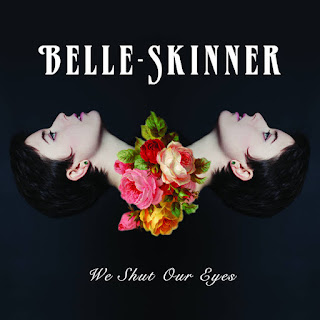 Belle-Skinner is the brainchild of Albany/New York City singer/songwriter Maria Brosgol. Her latest release "We Shut Our Eyes" is a stunning collection of heart felt indie folk pieces, driven by Brosgol's captivating vocal delivery. Backed by a dynamic beat and slightly eerie demeanor, the title track quickly takes you to a world of mystery and intrigue. There's a sense of enlightenment that radiates with each note and emits a spirit of honesty and passion. The delicate flair of "Desert Waltz" features an intricate guitar riff alongside a moving performance by violinist Jahna Stanton while "And Then You Leave (Go On)" brings to mind classic 60's groups like The Ronettes, The Chordettes and The McGuire Sisters. The shuffling feel of songs like "The Double" and "Siren Song" show off even more range and diversity as Brosgol adds a more ethereal approach and unleashes a sense of power and poise that is simply second to none. The lulling presence of "Little Cuckoo Bird" brings everything to a close with it's delightful, chiming instrumentation and inspiring tone that offers a sense of hope, warmth and love. There's an undeniable charm to it that ties everything together and keeps you coming back for more. A brilliant release from one of the brightest new songwriters to come along in years. 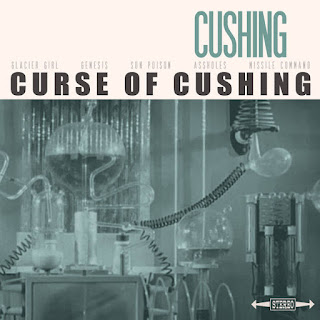 Really impressed by this new E.P. from Cushing out of Maine. These songs make great use of intense guitars and menacing structures that form a cauldron of rock n roll angst that brings to mind The Jesus Lizard, The Melvins and old Virginia favorites Sliang Laos. These guys can flat out play and they pull no punches while doing so. At times they bring in some more drawn out parts that only make things more dynamic and mysterious before going back to the blasting noise driven chaos. A spectacular release meant to be played LOUD 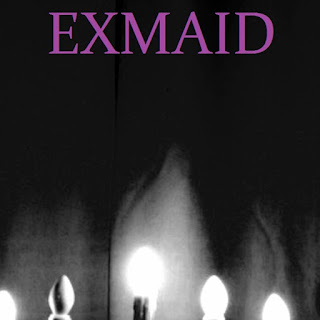 New Jersey musician Miranda Taylor delivers big with her latest musical endeavor Exmaid. This 5 track E.P. is full of powerful guitar based rock n roll songs that all have a bit of grit and grime to them that works well with Taylor's rich melodic vocals that move throughout each piece. "Sports" is a fuzz drenched ripper that's pushed by a driving beat and pumping bass line that reminds me of a cross between The Ramones and Throwing Muses. "Easy" adds a nice touch of atmospheric bliss to the mix that meshes well with the chainsaw style power chords, while the quick pace of "Gone" harnesses a much welcomed blast of relentless energy. A dirge laced version of the traditional folk song "Once I Had A Sweetheart" caps things off well as it's lush atmospheric spirit serves as a fitting end to this highly recommended debut. When reflecting on the writing and recording process of the E.P. Taylor said "I wrote these songs a few years ago and after taking a break from music I decided to record them. My friend Eric Bennett very kindly said he would do it and so we had at it over the summer. I played everything on the record partly out of necessity and partly to see how it worked and if I could do it. However, I wanted to get a band together so I asked one of my favorite bands, Psychic Teens, if they would play with me. THEY very kindly said yes. They make everything sound way better.". A remarkable release that leaves me wanting more. 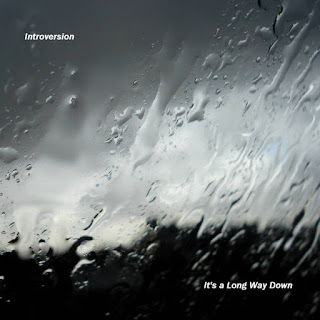 Introversion "It's A Long Way Down" E.P. (introversion1.bandcamp.com)

Such a beautiful new release from French ambient artist Introversion. Each of these blissful soundscapes make for a unique listening experience that will challenge your ears as well as your mind. Opening piece "Innocence" is a cold, lulling composition that makes me think of the first steps you take out of your house after several days tucked inside during a winter mix of sleet and snow. There's a comforting presence to it that makes it undeniably appealing. There are a few more layers and textures throughout "The Haunting" as it's left of center vibe adds a touch of turmoil to things which flows perfectly into the calming spirit of "Desolation". The glowing tones and liquid like flow of "Escape" send waves of sonic beauty to your ears. It's peaceful stance and breezy attitude are very inviting to say the least. One of the most inspiring E.P.'s I've heard all year. 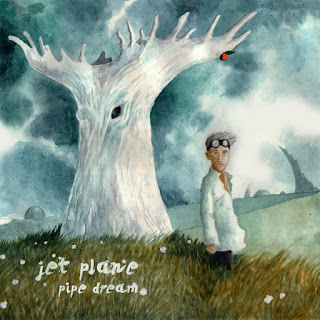 Jet Plane are a melodic instrumental rock band based in Bryansk, Russia. "Roots" is the first track to be unveiled from the bands new album "Pipe Dream" which marks a first time collaboration with Japanese musicians/producers Akahiro Kido and Kashiwa Daisuke, This is an incredible track centered around the beautiful violin tones and radiant atmospherics the band create with pin point precision. The level of musicianship is simply off the charts and the track continues to gain momentum and intensity before reaching a level of sonic euphoria. A truly amazing piece of music that channels the spirits of Mogwai, Yndi Halda and the like. Get into it. 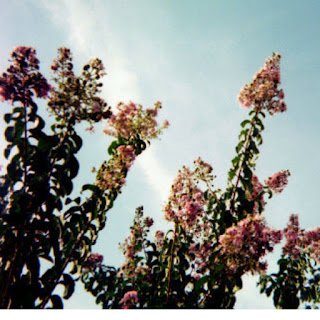 Joshua Hunt "Opiates Gave Me Sky In The Windowsill​/​/​My Bedroom In My Mom's House E.P. (joshuahart1.bandcamp.com)

Florida based experimental sound artist Joshua Hunt unleashes a brand new E.P. featuring four tracks of dark, psychedelic driven magic. Track "1" sounds like secret code being sent from a space station if it were being run by John Cage. There's a cunning spirit that floats underneath the vast array of ambient twists and turns. "2" is more menacing and doom like. There's a boldness to it all that is very cinematic and heavy and channels just the right amount of darkness with a hint of hope while "3" is softer and more free flowing. The 17 minute long "4" is an epic blast of colorful tones that serve as a spectacular journey through the a futuristic forest of audio bliss. A mind bending masterpiece of extraordinary magnitude.