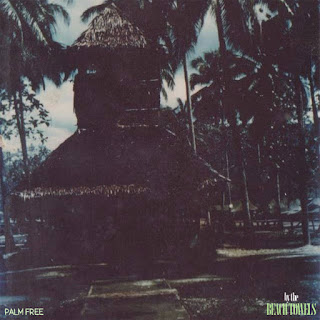 Beach Towels deliver once again with an incredible display of surf rock magic that radiates from beginning to end. Opening number "Tidal" is an intricate and high energy piece that starts things off in fine fashion. The laid back psychedelic beauty of "Sun Soaked" brings to mind the likes of The Beach Boys, The Beatles and Tommy James while the frantic sounds of "Triptide" sound like the soundtrack for a mind bending carnival ride. The uplifting hook of "Washed Away" has a bit of a 70's singer songwriter stance, as it's soothing melodies quickly give way to an explosion of barn burning noise mayhem. Overall "Palm Tree" is a well executed E.P. full of songs that are fun to listen. Highly recommended. 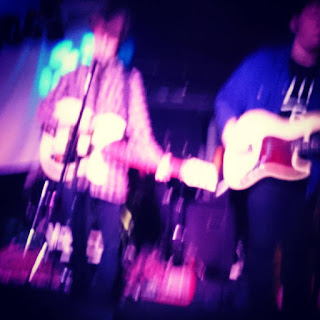 Impressive offering from this Glasgow based garage-psych unit. The "Psycho Candy" like feel of "Falling Down" makes for a comforting blast of familiarity as it's wave of catchy guitar hooks and straight forward drumming meshes well with it's matter of fact style vocal attack. It's got a grey cinematic glow that moves throughout and is sure to please fans of mid 80's gloom and doom. The B-Side "Fly Trap" has a distant and minimal structure that showcases more of an ambient tone. Looking forward to more from these emerging rockers soon. 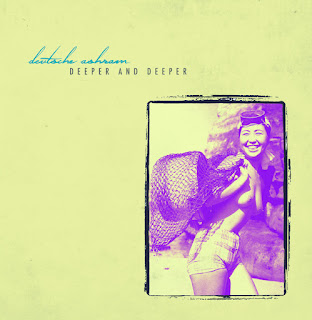 A brilliant debut from this electronic/shoegaze duo made up of Ajay Saggar and Merinde Verbeek. The record starts off with the powerful and hypnotic sounds of "Little Matter" which draws you in with it's thunderous bass line and infectious rhythm. "Ocean Of You" is a glistening, cinematic number full of lush experimental sounds and Verbeeks's beautiful vocals. "Masai" has a darker feel that looms throughout the track and adds a sinister element to the mix while "HAHA Hid It" is more upbeat and warm. Other highlights include the rich shoegaze feel of "Blue And All Of (Carbon Monoxide)" the mysterious tone of "The Place That We Miss" and the ethereal presence of "Draze'n'Cuss". A phenomenal release recommended for fans of Cocteau Twins, Siouxsie and the Banshees and Curve. 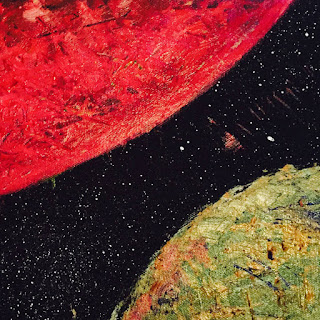 Shelf creates it's own distinct vibe throughout the tracks that make up "Red/Green". Sure there are traditional elements like guitars and familiar song structures but there's much more to it than that. The album has a quality that comes off like it's own language or way of life. "Roaming" is a wash of experimental instrumentation that surrounds you like a comforting blanket on a cold winters night. It's swinging beat and 70's soul style bass line matched with it's left of center vocal delivery make for one of the best songs I've heard all year. The lo-fi spirit of "Hide Within Time" is passionate and inspiring as waves of psychedelic tones flourish throughout while the pulsating synths of "Across" bring you into another dimension of inspiring sounds. "Soft" further cements just how amazing this record is as everything culminates together to paint an image of musical beauty. "Red/Green" is rugged and raw and hits you in all the right places. It's a remarkable accomplishment and one of the purest albums I've had the pleasure of coming across in a long time. Bravo!!! 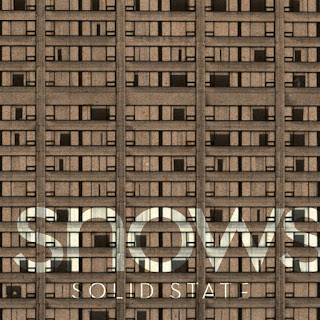 Led by the delicate and charming tone of vocalist Martha Bouchier, Toronto jangle pop unit Snows offer up an energetic mix of songs on their debut release "Solid State". From the booming garage rock beat of "In My Kingdom" to the hook filled sounds of "Oh My" Snows showcases their knack for writing full bodied guitar driven indie pop songs full of passion and grace with a bit of grit and grime for good measure. "Down On My Love" is my favorite of all the tracks as it's over driven guitars and up beat tempo give a good hint at what the band must be like live. Most of all it sounds like everyone are having a great time playing together which in he end is what it's all about. 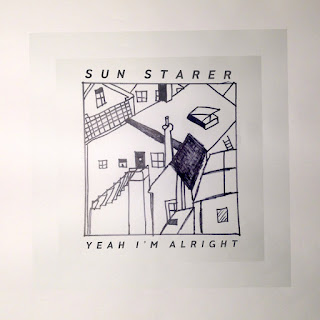 From the opening riff of "TV Calls" you know you are in for something great. Glasgow's Sun Starter bang out 11 well crafted power pop tracks on their latest effort "Yeah I'm Alright" which is full of monster riffs and clever vocals from head honcho Philip Ivers. The feel good flow of songs like "Bubblegum" and "Flaky" work great next to the high energy attack of "Until Apocalypse" and "(You Don't Wanna Do This) Anymore". The somber tone of "Innate" mixes things up a bit with it's moody melancholy style that eventually gives way to the crushing blast of power pop known as "Convivium". The last few tracks of the record show off Ivers diversity as a songwriter as "Twice A Day" and "Unprepared" delve into elements of folk and singer songwriter territories. Overall "Yeah I'm Alright" is an amazing balance of inspiring songs, passionate lyrics and impressive musicianship. A top notch record across the board.