"My Mind's Mine" an interview with Neil Bricker of Dead Scouts 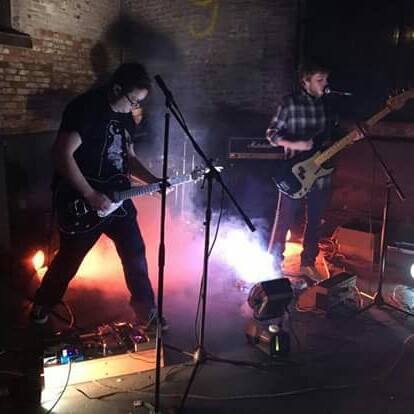 Lancaster Pennsylvania's Dead Scouts play a unique brand of noise driven garage punk and embrace the true spirit of what being a real deal D.I.Y. band is all about. Made up of Brenden Black on guitar and vocals, Neal Bricker on bass and vocals and drummer Evan Peppers the band have produced two excellent E.P.'s. Neil sat down with us to discuss how the band got together, the local music community in Lancaster and their latest release "Noise Pop". Check out more from the band at deadscouts.bandcamp.com

CMM-When did you guys get together and how did it come about?

Neil - Brenden and I have been friends since 2nd grade and playing together since we were 15. I played in a band with Evan a few years back, Locals. Brenden and I were in a hardcore band, Symptoms and driving to and from practice we talked more and more about this type of band. Then we were tripping and decided on the name and to do it. We've been full force ever since.

CMM-There's a nice wide range of influences that make up the bands sound from punk and hardcore to garage rock and dark psych. How does each members musical tastes go into crafting the bands sound?

Neil - We listen to a wide range of music so all that gets mixed together and this is what you get.

CMM-What are the biggest influences on the bands lyrics?

CMM-What was the recording process like for you all's latest release "Noise Pop"? Any particular gear you guys used to make it?

Neil - The recording process for "Noise Pop" was pretty much the same as with our first release "Natural Sound". Just with a few different amps and better fine tuning of things sound wise. We used a sunn concert bass for bass and rhythm guitar. Two amps with the lead guitars. Jcm900 and a tubeworks realtube ran into an old poweramp fitted with vintage 30s with a ton of delays. Everything was tracked separately and re-amped. Brenden plays a gretch and I played a music man on this recording

CMM - You guys are based in Lancaster PA. What's the local scene like and who are some other area bands you all recommend checking out?

Neil - There's a wide variety of bands and different scenes all over the place. Lately it seems like everybody is trying to work together but not enough people seem to be coming out. A few bands that are active to check out would be Concrete Beach and Toy Cannons.

CMM-If the band could work with any director to do a score for a movie who would it be and what would the film be about?

Neil - Stanley Kubrick, probably just a really long drawn out history of the universe from the start of the big bang til now and beyond.

Neil - Hoping to next summer for a week. Helps us out Dave! 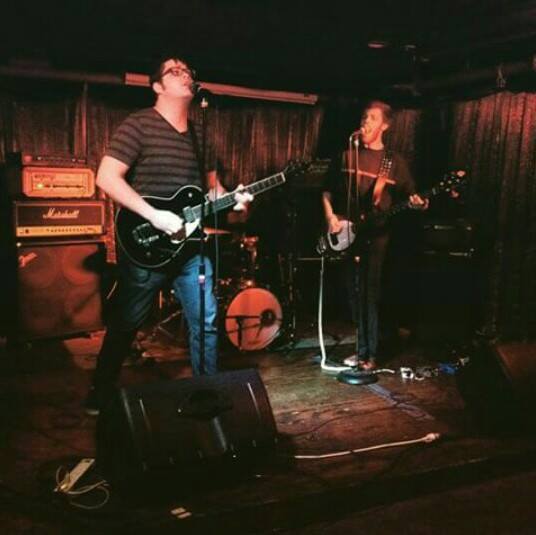 CMM-What's next? Any new recordings or projects in the works?

Neil - Our new tape "Noisepop" is out. Weiner records puts out tapes fairly cheap to anybody so we figured we'd start at that root. We have enough material written to put out another tape. Just finding the time to learn the newer songs is hard.