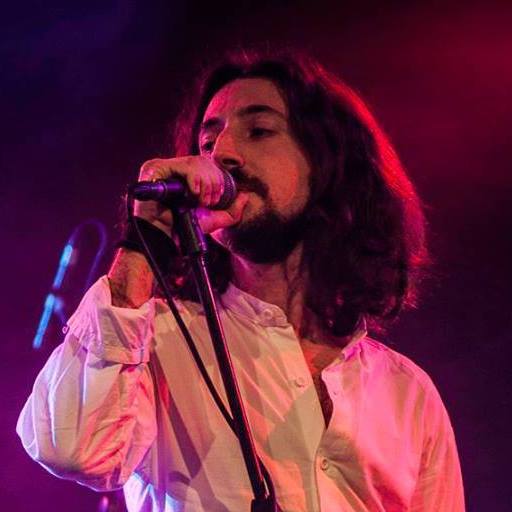 Davide Moscato is a singer songwriter based in Catanzaro, Italy. His latest album "Mental Maze" (www.seahorserecordings.com) is an incredible collection of passionate heart felt songs that blends a classic singer songwriter style with an experimental touch that is second to none. Davide shares some of his favorite songs in this weeks edition of "Five For Friday" but first enjoy the exquisite experimental sounds of his song "Signals".

This is the song I think of when i want to listen to a voice and experimental music. Tim Buckley entrusts himself to improvisation for this entire album. This song is the title track and the words are a poem from Beckett while the vocal line is a foolhardy exercise for voice. Sixteen vocals overdubbed, in an ocean of shouts, whispers,moans and groans. A unique experimental song in the world, with a voice from an unknown place.

Area were a really great Italian band, with the guest star of another experimental voice. Demetrio Stratos. It's impossible to forget this man. An expert in diplophony, triplophony and flautophony, ( 2-3 sounds emitted simultaneously with the voice) he used his voice as an instrument. The players are great musicians too coming from the jazz world. The song celebrates the power of imagination, which transforms a machine gun into a double bass, exploding thoughts instead of bullets. It’s a hymn to freedom, in a bloody political period in Italy.

Pink Floyd : The Great gig in the sky

From their classic album, "Dark Side Of The Moon", "The Great Gig In The Sky" is a masterpiece to me. It is due to the harmonic piano progression that i love to hear. It sounds like a soul-gospel track. The cinematic and expressive piano mixed with the amazing theatrical voice of Clare Torry is both unique and masterful.

I love “In Rock “, it's one of the first rock albums I heard when I was a child, and this song is a wonderful progressive rock piece. Ian Gillan's voice has a unique and shocking vocal style and in this song his voice is perfect. It's quiet but rocking, strong but sweet. The guitar is a blade around your throat, whereas the lyrics have mysterious but inspired verses. The final part is an excellent blast of hard rock that's so difficult to play on stage.

King Crimson : In the court of the Crimson King

From the first album by this magic band. An opera that is truly unique.The song is surreal with some enchanting atmospheres. The mellotron is insistent and the chorus is obsessive and throbbing while the flute in the middle part is evocative. Fripp and Lake are musicians with great technical skills and were very innovative while Lake's voice is totally clean and reassures the listener, taking his hand in the court of the king,among a witch,a queen, a funeral,piper and other strange characters. Progressive Rock lived an unforgettable moment with this song and with this album too. No one can forget this band.

Posted by Custom Made Music at 7:10 AM