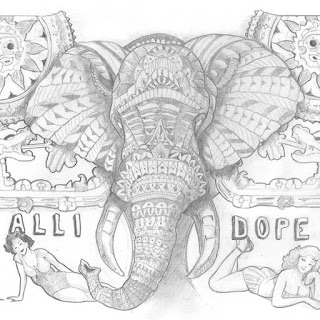 Allie's Dope strike big on their latest E.P. "Embryo". From the firsts notes of "In You" you know you are in for a serious treat. It's barn burning surf rock riff eventually fades into a sea of guitars run through heavy modulation that are beautiful and warm. The rich sounds of "Ebony" really set a cinematic mood that blends elements of heavy psych and garage rock together in an amazing way. Things start to move faster on "Displaced". It reminds me a bit of early Cure mixed with early T.S.O.L. while "Ocean" is more ambient and has a modern indie rock type presence. Things wind down with the passionate and hypnotic sounds of "Egyptian". Overall a fabulous release that mixes incredible guitar playing and solid songwriting with elements of intrigue and mystery. 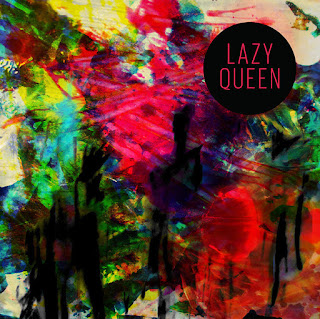 Brooklyn's Lazy Queen rip through four high energy tracks on their debut E.P. "Drift". Opener "Wouldn't You Rather Know Yourself" is full of big riffs and reverb drenched guitars that create a sonic landscape of intensity before fading out with the bleak and cold sounds of a wandering piano. "Torus" is a quick paced melodic number that features some brilliant playing from lead guitarist Reyson Morales that gels well with vocalist/guitarist Henrik Soeberg. Things get a bit darker during "Child Of Glass" as the band venture into more melodic territory that channels classic bands like Ride, The House Of Love and MBV while the catchy feel of "Lesion" is backed by the driving attack of bassist Julian S. as things break into a collection of colorful guitar noise mayhem that quickly reforms into a crushing sonic onslaught led by drummer Joel Gunderson. An impressive debut that harnesses raw rock n roll energy and blends it with ambient shoegaze bliss. 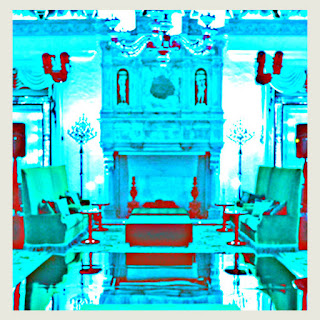 "A Single Room In Heaven" the latest release from Julian Powell's ambient/noise project Motiongazer is absolutely beautiful. Opening track "Space" is a droning piece that builds and builds and would fit well next to much of the soundtrack of "2001". "all gathered 'round the sparrow's corpse" makes me think of a giant rocket ship taking off from a hidden planet that lies on the outer realm of the galaxy while "The Composers Child" has a more mysterious tone. "Amn (endowed widow​/​withering window)" is much more abstract with various sounds and activities venturing through the mix throughout. It's an incredibly though provoking and visual piece. Next thing you know you are being swept back into the clouds on "I Promised You I Would Be Waiting By the Gate and I Am Here Now Waiting For You" which is simply breathtaking. The mind bending "smile (Version I)" is the brightest track on the album as it's wash of colorful sound and dream like feel make for the perfect blend while the darkness of "Purging Water From the Soulmine" moves into haunting like territory. A most excellent release that shows a wide range of diverse soundscapes not to be missed. 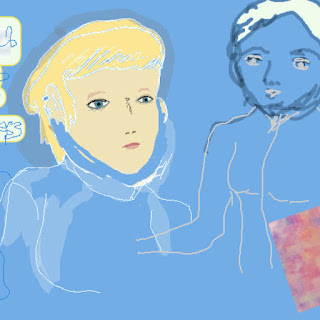 Shubugan the project headed by NYC Lo-Fi/experimental artist Judson Kolk offers up a delightful E.P. titled "Live On Vitamix". I admire Judson's ability to create such detailed and textured compositions with a wide variety of instruments and structures. The rugged yet hypnotic sounds of "Crick In My Neck" drift into psychedelic territory that's backed by an infectious rhythm. Standout piece "Peter Stuyvesant Of Old New York" begins with a distorted spoken word story with some faint slide blues guitar sounds in the background that lead to a raw, jazzy performance reflective of "Thrust" era Herbie Hancock and Sun Ra. It's one of the most incredible pieces of music I have heard in some time. "Underwater Microscopic City Pt. 1" is a vibrant classical guitar based track while "Underwater Microscopic City Pt. 2: is much more of a sound collage based creation. "Live At Vitamix" is a truly remarkable accomplishment that delves into multiple aspects of sound and mood and continues to impress me with every listen. Highly Recommended. 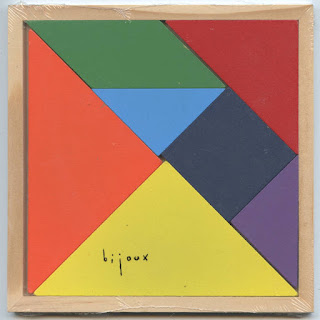 Fabulous E.P. from this Akron OH based unit that's full of vibrant spirit and charm. "Soap" is an eclectic number that channels the spirits of 70's art rock, and 80's college rock in fine form. "Sadie Malady" is a moody piece backed by a swinging beat and matter of fact style vocal approach while the cagey riff that carries "High Priestess" brings to mind early Sonic Youth. Closing track "Touchy Feely" is the most chaotic of the bunch as it's fueled by a chainsaw like guitar tone and driving riff that is second to none. Clearly one of my favorite new releases of this very early 2016. 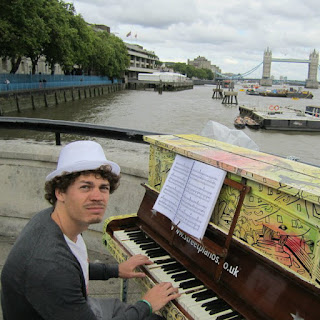 Loving this new album from Australian instrumental project Tonewood Sky. It's a bit more upbeat and spacey than their previous release "Many Places Called Home" which is also a favorite of mine. "Shadows On The Moon" starts things out with a melodic post rock type of riff that moves into more ambinet territory as things develop. The catchy feel of "Living Through Dreams" brings a pop sensibility alongside a dirge like rhythm section creating a unique bit of tension throughout. Stand out tracks "Through The Darkness" and "Trapped Inside" really impress as the arrangements and rhythms get more and more complex and also show off a jangling guitar style reminicent of bands like Roxy Music and Modest Mouse. "Comfortable Reality" and "Manic Mind" feature some beautiful textures that play off each other well while the slow colorful sounds of "It' Nice To Be Free" show off another side of what Tonewood Sky is about. An excellent record from start to finish that keeps me coming back for more.