"Five For Friday" with Jake Zavracky of Jake & Elizabeth 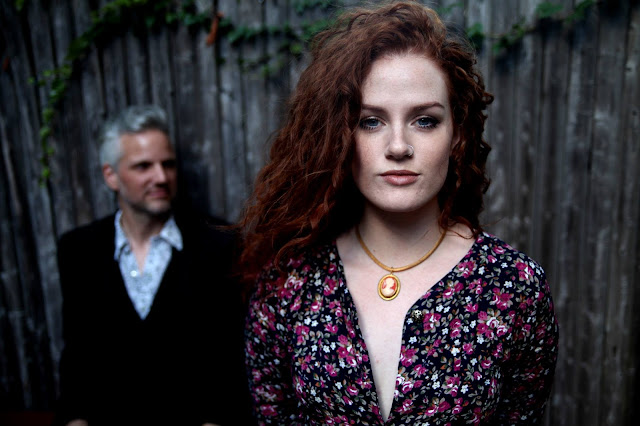 Brooklyn duo Jake & Elizabeth make bright energetic dream pop full of lush atmospherics and catchy melodies. Their music is so powerful it will have you singing along halfway through the first listen. Guitarist/Vocalist Jake Zavracky shares some of his favorite songs in this weeks edition of "Five For Friday" but first enjoy the bands latest single "Gimme The Stars".

I love heavy music that’s sung in a sort of breath-y style. Though it’s been done a fair amount, I’d say this is one of the best examples, and it’s a great song on it’s own; even if you just play it on an acoustic guitar it’s still great.

I like recordings where the center is someone singing in hushed tones and the rest of the mix sort of envelops them. The effect of makes you feel like, for lack of a better way of putting it, you’re inside the mix. That’s the thread that’s running through this list and very few records achieve that effect better than “Loveless".

DJ Shadow - Building Steam With A Grain of Salt

This song sort of breaks the mold of the rest of this list in that it doesn’t really have a vocal. But it still achieves that effect I’m talking about. It puts you inside it. It floats around you. It’s very drum heavy and somewhat stiff but somehow still has a great flow to it. It’s hard to think of another album quite like DJ Shadow’s “Entroducing”; it’s in a class of its own.

Air - New Star in the Sky

I’ve been listening to Air’s “Moon Safari” since it came out over 15 years ago and not only do I never get tired of it, but it’s one of those albums that I still hear things I never noticed before every time I hear it. It’s so densely layered and there must be a million ideas floating around over the course of it.

The Juan McLean - Dance With Me

This is very sparsely arranged track but it really seems like there’s so much going on. It feels bass heavy despite the fact that there’s no bass. It seems like there’s a melody even though the vocal is practically spoken word. And even though it’s 14 minutes long I’m never asking when it’s going to end. In fact it ends too soon for me.