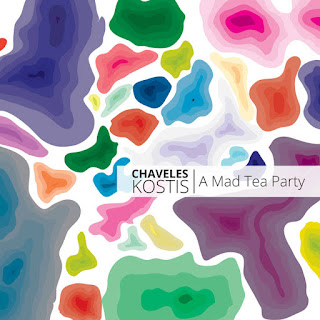 Quite an action packed album from Greek musician Kostis Chaveles that mixes cagey rock n roll with atmospheric dynamics. The vibrant sounds of "Marionette" set the pace with it's mysterious undertones and Chaveles hypnotic vocal stance. The dark guitar sounds and galloping drums on stand out tracks like "Illusion" and "A Mad Tea Party" bring to mind classic 90's bands like Throwing Muses and Afghan Whigs while the melodic filled "Run" has a more uplifting spirit to it. "My Apple Pie" seems to combine all of Chaveles best aspects at once as it takes you on a roller coaster ride that really shows off his stellar song writing ability and guitar chops in top form. Overall "A Mad Tea Party" is a highly enjoyable album from start to finish that leaves me looking forward to what's next from this promising new artist. 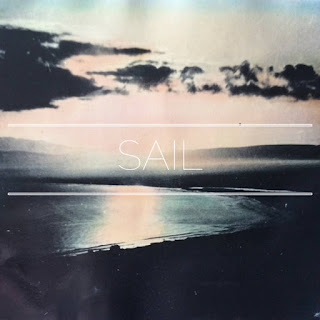 London based indie pop outfit Sail impress on their debut E.P. "Run". The title track is highlighted by a swaggering vocal performance backed by jangling guitars and a thunderous rhythm section. The band turn things up a notch during "We're Grounded" as it's quick pace and high energy make for a very enjoyable track. "Sink Or Swim" is a bit more laid back but is certainly the most intense track of the album. The vocal attack and accompanying guitars channel a cosmic element that works really well together while "Rock N Roll Queen" (All In Black) shows off a more melodic side of the band and adds diversity to their sound. Be on the lookout for good things from these guys in 2016. 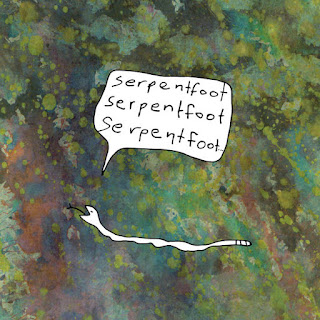 From the opening chords of "Some Steam" you know your in for a wild ride when listening to this debut from Colorado's Serpenthead. There' a presence and energy that the band harness that falls someplace between The Stooges, The Ventures and The Kinks. The surf tinged guitars that fill the speakers during "Hopper" are second to none and match up well with the psych punk tone of "Break Me Off" while "Maybe Leave" drifts into a more grooved out feel before blasting into a riff full of high charged guitar fuzz and primal energy. "Wizard Tits" (Until Further Notice) features bottomless bass guitar and pounding drums and delves into heavier territory than the previous tracks as "All The Time" brings in a catchy chorus and fun feel that ties this highly enjoyable E.P. together in fine form. 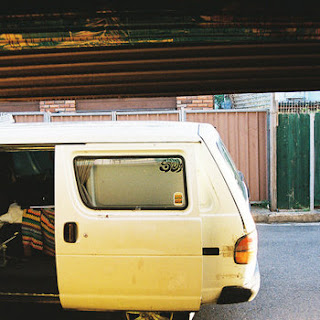 A really fun sounding E.P. from these Australian based garage rockers. Opening number "Chocolate In The Middle" is set off by a matter of fact style vocal presence that's backed by a driving beat,surf rock guitars and an outstanding bass line that all fits together well. The blues drenched style of "Such A Man" simply crushes with it's raunchy vocals and blistering fuzzed out guitar leads. "Magic Cup" has a more traditional surf/garage rock vibe in the spirit of The Sonic's and The Trogg's while songs like "Waiting For You" and "If I Only Try" sound like they came from the soundtrack of a long lost 60's biker film. The final track "Isolated" is a 5 plus minute garage rock master piece that simply never let's up. Do yourself a favor and check these guys out. 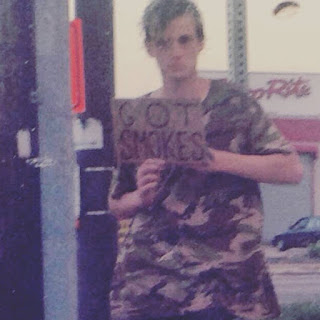 The Retinas "Got Smokes" E.P. (theretinas.bandcamp.com)

Excellent E.P. from this Philly based rock n roll unit. "Mommy Says" is a catchy power chord filled rocker that brings to mind the likes of Husker Du and The Smoking Popes. The slower paced "Replace Myself" is a lo-fi hook fulled indie pop number that pays a nice homage to Guided By Voices with it's no frills production and heartfelt stance, while "Ketamind" and "About You" bring on a powerful presence that echoes the spirits of early melodic punk. The jangling guitars on "Problem With The World" adds a nice garage.psych vibe to the mix that's met with a striking vocal performance that will have you singing along for days on end. The barn burning "Devil Stretch" closes the E.P. out with one last good kick in the teeth as everything comes crashing to an abrupt abrasive end and leaves me longing for more. A remarkably well crafted release that combines the best of catchy melodies and angst ridden rock to the fullest extent. 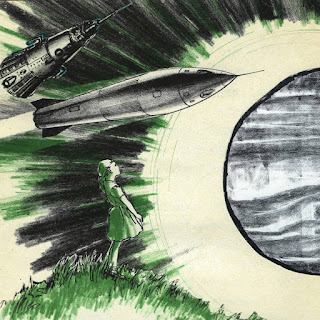 Portland Maine musician Wes Sterrs offers up an incredible new E.P. from his project Wilder Thing. "Goodbye Galaxy" is a unique blend of sci-fi garage psych and eclectic indie rock. Opening track "Fantastic Flying Machine" (Intro) kicks things off with a driving beat and infectious riff that has a very organic rock n roll feel. "Lipstick Rocketship" is a bit more moody and reminds me a bit of "Sea Change" era Beck. It's flowing acoustic guitars and wandering organs give it a very mysterious flair while the spacey upbeat "I Just Need Some Sleep" is a jumpy number accompanied by an impressive vocal that's like venturing into the mind of a frantic scientist. The laid back feel of closing track "Strange Seaweed" combines jazz with spacey undertones and a hypnotic whispering vocal that makes for the perfect ending. A well put together release that features excellent songwriting and enticing atmospherics to make a well rounded highly recommended release.