"May I Come In?" An Interview With Brett Keller Of Hot Glew 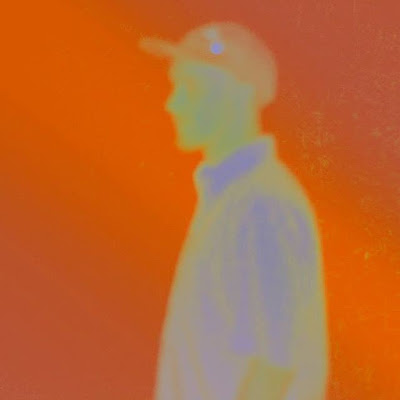 Hot Glew is the project of Nashville musician Brett Keller. His latest album "May I Come In?" is an enticing conglomeration of songs that show a wide variety of sounds and textures and it's available now as a limited edition cassette on CMM. We sat down with Brett to talk about his early musical memories, life in Nashville and his process for making the album. Enjoy the conversation with one of our favorite new artists.

CMM-What are your first musical memories and what musicians really made a big impression on you when you where growing up?

Brett-When I was pretty young my dad gave me his old record player and would take me to the record store with him. When I first started getting records, I was really into blues music so that made a huge impact on me at a young age. People like Buddy Guy and B.B. King (RIP).

CMM-When did you start playing music yourself and what instruments did you first learn to play?

Brett-I was probably about 12 when I first started playing music. I got an electric guitar for Christmas one year and that kind of started everything. Now I try a little bit of everything but guitar is still the bread and butter.

CMM-What where some of your first bands like? Did any of them make any recordings or release anything?

Brett-The first band I was in was called The Grim Wilderness. We were a 5 piece psychedelic rock band. I was fortunate enough to join this band with a couple of really close friends and we played some local shows. After that band broke up, I started a project with my friend Shane Graybill (he was the singer in The Grim Wilderness) called Cult Choir. We did an EP that is on Soundcloud called “The Midnight Praise EP”. It was just me on acoustic guitar and Shane playing a conga. There is probably a few videos on Youtube as well. Shortly after, I decided to move to Nashville and Shane kept up Cult as a solo project and has been putting out great records ever since.

CMM-Your originally from Pennsylvania. How long have you been based in Nashville and what brought you there?

Brett-I’ve been in Nashville for about 4 years now. I came down here to go to college to study audio production and when I graduated, I wasn’t ready to leave. The music scene here is so much stronger and I’ve met a lot of great people.

CMM-When did you start making music as Hot Glew and what was the inspiration for the project?

Brett-I guess it started about a year ago. I was doing another project with my friend Zach Helsinger called Nowweseeeast. Eventually through jobs and school our schedules didn’t line up anymore so I started writing and recording alone. After a few months I realized that I had about 15 songs and needed to do something with them. Nowweseeeast was more rock based which was really cool but I was ready to try something different. I started using tools that I would never normally use just to see what I could come up with.

CMM-Your latest album "May I Come In?" is a collection of 10 tracks that all have their own distinct vibe to them. What was the song writing and recording process like for it?

Brett-When I was writing and recording this album I was working at URP on the night shift. I would always come home with little pieces of cardboard that had little phrases or lines I would think of while inspecting records. When I would get home I would just sit down and try to turn these words into a song. I lived in a small apartment at the time so I couldn’t be loud late at night.

CMM-Any particular stand out gear you used for the sessions?

Brett-All the gear I have is really cheap second hand stuff. I bought this Alesis SR-16 from a pawn shop that had a ton of corny 80’s drums sounds on it. A lot of the drums on the album came from that machine. I also have a Concertmate 1100. As far as I know it is a keyboard made by Radioshack in the late 80’s- early 90’s. I had a lot of fun using the sounds from that as well. The song “Walking” was recorded entirely with this keyboard.

CMM-Do you have any plans to play the songs out live?

Brett-I have some things in the works. At this point, it’s just me in my bedroom making recordings so it’s hard to have them translate live the way I want them to. I’m looking for musicians to join and help out with the live shows.

CMM-Any new songs or recordings in the works?

Brett-I have about half of the next album recorded now it is just a matter of mixing them and writing a few more to finish it up. Just looking to keep making music that excites me. Hopefully there will be some shows in the near future as well.

You can hear "May I Com In?" in it's entirety at www.hotglew.bandcamp.com and pick up a copy of the cassette at www.custommademusicva.com