"Five For Friday" with Chris Kessler of Terra 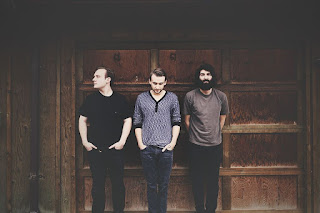 Canadian post punk/dark wave band Terra have just released their debut four song E.P. "Couldn't Save This" on limited edition 10" vinyl and cassette. The bands music embodies rhythmic and dissonate sounds with an emphasis on catchy melodies and astute vocal phrasing. Vocalist/Guitarist Chris Kessler shares some of his favorite songs in this weeks edition of "Five For Friday" but fist enjoy the energetic sounds of the bands song "I Fold".

Gary Numan - Down in the Park

Arguably one of the best segments of the 1982 compilation "Urgh! a Music War." Gary delivers an impeccable performance as he powers around the stage on a motorized chair.

Telling a story through song is a difficult balance, equal parts phrasing, melody and lyrical content. Through these elements, Lost Weekend paints a picture of a down on their luck couple with dreams gone astray.

Throughout the songs rapid dead pad lyrical delivery, Andrew savage articulates a hopeless dystopia, full of quasi-cynicism and loneliness. Content Nausea is an astute observation of modern life at its worst.

"This is why events unnerve me, They find it all, a different story, Notice whom for wheels are turning, Turn again and turn towards this time, All she ask's the strength to hold me, Then again the same old story, World will travel, oh so quickly, Travel first and lean towards this time."