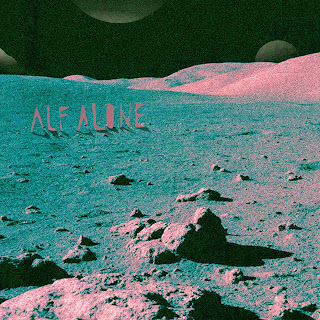 Libson Portugal based artist Alf Alone makes soothing lo-fi guitar instrumentals that are both positive and upbeat. The songs are full of catchy hooks and feel good riffs. "Fishbowl" opens with a spacey surf like tone backed by some beautiful atmospheric textures that move into a faster pace midway through adding a nice bit of energy to the mix. "Ghostbuster" is a fabulously layered piece that shows off some lush melodies and angular chords and impressive musicianship. The most inspiring track of the batch for me is "Oklahoma". It has such a happy vibe to it that makes it really stand out above the rest. It's captures Alf Alone in peak form and shows off all their best elements with a heavy does of modulation effects. An agreeable soundtrack to accompany a fun filled day. 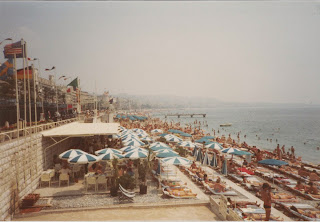 Impressive E.P. from this Melbourne Australia based dream pop band. Opening song "Key Largo" is a bouncy, upbeat track accompanied by punchy guitars and beautiful vocals."Beach Side" and "Mango Fever" showcase some truly intricate guitar playing and pushes a strong dance vibe that echoes Roxy Music and Talking Heads, while "Swing (Abriged)", slows things down with lush dreamy soundscapes. "Don't Know What To Do" and "45" round out the record with shuffling rhythms and more soulfully sung vocals that really bring a truly unique feel to the band. It sounds like a psychedelic tropical paradise. Highly Recommended. 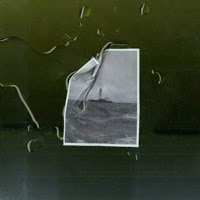 "Lunar Tide" is an album sure to cement Matthew Anderson as one of the top up and coming song writers of the U.S. indie scene. There is a sense of maturity and poise to the songs that really make them stand out. Matthew is credited with vocals, guitars, bass, piano, drums, percussion, synths, loops, engineering and mixing so he's quite the accomplished musician. Stand out track "Shoreline Sun" features beautiful piano work and Anderson's passionate voice. There are some nice guitar bits that serve the song well adding a bit of mystery to the track. "Allign" is another well calculated track featuring a wide variety of sounds. The complexity of the piano and guitars add a prog-rock feel to it that's actually rather intense while still remaining on the lighter side of rock. "Concession" has a very laid back intro full of slide guitars and layers of harmonies that gives way to "Anchor" turning things up a notch with a blast of atmospheric vocals and spaced out sounds. "East Moriches" is an experimental droning master piece that evokes nothing but positive energy. "Lunar Tide" is another piano driven pop number that shows many sides of Anderson's song writing. It really seems like he allowed himself to get lost in this song and show as much of himself as possible. "Are You Lost At Sea?" has a real ambient jazz feel to it. It's delicate and moody and reminds me of one of those first days of Fall when the leaves are first hitting the ground. Overall "Lunar Tide" is a vast collection of highly crafted pop songs recommended for fans of ELO, and Matt Pond. The production and musicianship is nothing short of stellar and I expect to be enjoying albums from Matthew Anderson for many years to come. 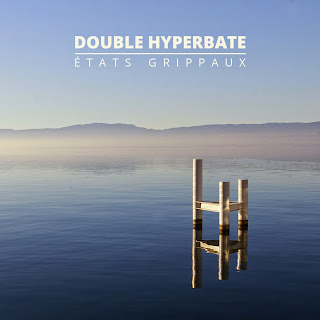 A most excellent debut track from Paris based Double Hyperbate. "Diaderminable" is a cagey guitar driven piece that reminds me at times of 70's new age music pioneer Mike Oldfield. The guitar has an intense presence even though the track is quite minimal. The addition of a wandering sax adds a really nice touch as they play off each other very well. "Diaderminable" is from Double Hyperbate's upcoming debut album. Certainly worthy of multiple explorations. 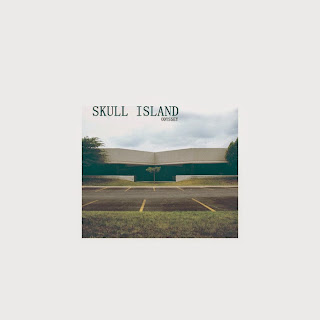 Loving this lo-fi debut single from Kingston Ontario's Odyssey. Backed by a minimalist beat and bass line Odyssey master mind Spencer Brown really brings the charm with his to the point vocals and straight forward guitar melodies. The eerie noise that creeps in towards the end of the track adds even more appeal. Looking forward to a full length. Catchy,abstract and fun. 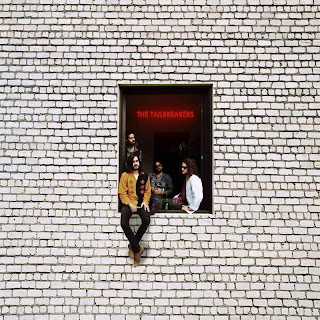 Toronto based The Tailbreakers deliver big with their debut single "Electric Monkey". Fueled by fuzzed out wha-wha guitars and a swagger filled rhythm section these guys sound like something straight out of "Easy Rider". The smooth sounding vocals are nothing short of stellar and bring to mind The Small Faces, Lemon Pipers and The Morning Dew. This track just has an undeniable groove that you have to love. Can't wait to hear more.