"The Clearing Mist" an interview with Jonathan Morgan 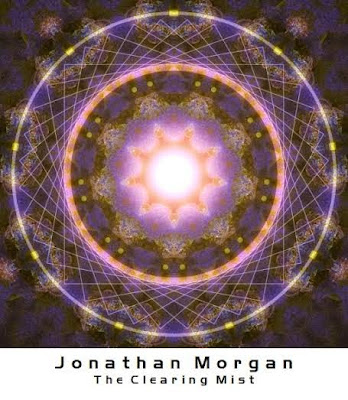 Residing in Birmingham England psychedelic guitarist Jonathan Morgan recently released his latest E.P. "The Clearing Mist" available now in limited edition cassette format from Custom Made Music. We sat down with Jonathan to talk about his first musical memories, the musicians that inspired him to play guitar and the recording process of the E.P. First have a listen to "Reabsorbed" one of the E.P.'s standout tracks.

CMM-What's the first music you remember hearing as a child and what band made a long lasting impression on you with their music that you have carried on throughout your life?

JM-The first music I can remember hearing that really got my attention was music played in the car with my parents. I'd say Michael Jackson was the big one, around the time of 'Thriller', and then 'Bad'. I also recall hearing the 70s band Bread, and Barbara Dickson, on cassette, surely. The band that has made that lasting impression is of course Smashing Pumpkins. I got into them when I was 12 after hearing Tonight, Tonight on the radio. Although, the first CD single I bought when I was 12 was 'Pretty Noose' by Soundgarden, I bought the Tonight, Tonight UK promo CD after that. The Pumpkins have been a massive influence on me and I considered them to be my favorite band for about 8 years, at least. They might always be my favorite band!

CMM-When did you start playing guitar and what was your set up when you began playing? How has your gear evolved and what is some of the key guitar gear you use now?

JM-I started playing guitar at 12 years old. Initially I had an antique acoustic guitar to learn on which I soon put stickers all over. Played my dad's Japanese acoustic guitar a lot too which he's had since the 70s. At 13 I got my first electric guitar. It was a Squier Stratocaster. My first amplifier, which I still have but don't use, was one my dad used. It's 1x12 combo, solid state, not valve, and it's most likely British made. It's not branded at all so I've never known who made it. It's pretty heavy to carry because it has some excessive dimensions around the speaker. I always wondered why they designed it like that. I haven't owned that many guitars over the years, but I've been through a lot effect pedals, says a lot, now I think about it. Traded many in, sold many, so I got to experiment with a lot of different sounds. My gear has evolved from just that Squier Strat to that simple amp with single pedals to owning a 1969 Sunn Sceptre head a bunch of years ago (which was my first amplifier head which I imported from the States, sold it a few years ago), to more modern equipment with less focus on single pedal effects. After some advice from a fellow guitarist who is a lot older and more experienced than me, I finally kind of decided to ditch the valve amplifier ideas, at least for a while. I prefer brand new technology that is reliable and that doesn't have to be repaired/serviced too often or at all. Currently I'm going with a Boss GX-700 pre-amp rack unit which I was always drawn to as a teenager at the big guitar store, but I didn't get one until a few years ago. I like the guitar modelling equipment. Always felt drawn to it. I like to configure endless parameters and options and crafting a real impressive tone to use. I send that unit to a power amplifier by ISP Technologies called STEALTH and then into two 4x12 speaker cabinets, both different and made by Laney in different eras. The one cab is straight, older, and darker, the other is angled, very recent and a lot brighter. I mostly record the darker, heavier cab. It's got huge low end. This produces the kind of tone I have searched for, for quite a while, outside of valve amplifier rigs. I do still use some single pedals, like the Small Clone and Small Stone in the FX loop. I can't resist Electro-Harmonix pedals! I also use a Tech 21 MIDI foot controller and Moog expression pedal. I'm a lot more into amps and effects than guitars, but anyway... My main guitar right now is a Rally Custom, it is a beauty to look at.

CMM-What was the recording process like for your latest E.P. "The Clearing Mist"? Was there a particular direction you aimed to go in or was it a more open path that led to how the tracks turned out?

JM-This question amused me, because The Clearing Mist wasn't planned! I compiled it. The new material, 'Ocean of Milk' and 'Paramdhama' which I wrote and recorded at the time, I was very happy with. I don't remember much about recording them though. At some point I decided it was gonna be material for an EP, and just two songs wasn't enough so I got some extra, older works to go with them. 'Paramdhama' definitely developed a source of direction while I was recording it though. The image on the album cover to Don Cherry's Mu First Part on BYG Actuel from 1969 is associated with my feelings about the song. 'Reabsorbed' had been lying about for quite a while without a title. When I revisited the project I knew it was suitable, but did some overdubs and editing. I love its euphoria. Euphoric music is my favorite kind of music, and euphoria is my favorite emotion/sensation too. I like to think other people feel euphoria from listening to my music. 'Orb' is most likely even older than 'Reabsorbed'. I always liked 'Orb' a lot so I decided to finally use it on a cohesive set of songs. And of course the bonus track 'The Holographic Theater of the Hypothalamus' is actually from my second self-released CDR album 'Primordial Buddha' which can be found on my Bandcamp page. It's from some totally different sessions.

CMM-What's inspired the cover art for "The Clearing Mist"?

JM-The artwork is by artist Mark Barnes of 20TwentyVizion. He told me he created the piece while listening to the EP itself on repeat.

CMM-Your recordings certainly have a cinematic feel to the, You list cult film director Alejandro Jodorowsk as a major influence. How did you discover his films and what drew you to his work?

JM-I discovered Alejandro Jodorowsky through an old friend. I went to his place one day to hang out, and I saw in his VHS tape collection (yes, VHS!) a film with a whacked out cover with this serious face and some crazy eyes, haha! Turned out that the face is Jodorowsky's from a scene in the film I think, but the artwork on the VHS tape cover is kind of blurry so it must've had this really weird effect on me. I must've asked my friend what's this film 'The Holy Mountain'. I don't remember what was said but he let me borrow the tape, and I still have it to this day! It's really rare. So, I got home and watched it on a 1990s VHS deck and a TV that was even older! One of those huge, chunky ones with a wooden case from the mid 80s probably, ha! Proper big cathode ray tube. And I remember, clearly, on seeing the introduction to the film, I was freaked out, disturbed, AND my mind was blown all within a few minutes of it starting! I felt my mind bending to the Buddhist throat chants and the camera zooming out from close ups of objects I had never seen. Changed my life. The aesthetics of the opening scene with the twins in the tiled bathing room with the Alchemist in black cutting their hair... Those images had been etched into my psyche for years and I was definitely obsessed with the images for a long time. I even got hold of El Topo, Jodorowsky's second film (before The Holy Mountain) on bootleg DVDR off ebay because back then, it barely had any distribution and hadn't been reissued, legal shit, I dunno... I heard something about that years ago. I continued to watch The Holy Mountain, and seek his others out... Fando Y Lis, El Topo, Santa Sangre and La Cravate, mostly because, like I said, I found the imagery and composition of it so stunning. It was always the heaviest sections of his films which were my favorites. The psychedelic, the occult, the mystical, the weird and encouragingly curious. I recently watched Jodorowsky's Dune, which is a recent film, a documentary on his shelved project to create Frank Herbert's Dune novel into a film in the 70s. It is also one of the best films I have ever seen. Powerful and moving. PLUS, it has some very cool music going on in it too, probably from when they were working on the film, hoping to complete it in the mid to late 70s.

CMM-If you could collaborate on a recording with any other artist who would it be and why?

JM-The first person to prominently come into my mind was Danny Carey of Tool. Simply because he's surely one of the best drummers in the world today. He's so angular and creative, but a serious powerhouse too. I was listening to Lateralus a lot lately.

CMM-What do you have planned to record next and is there any type of direction you see the new material moving in?

JM-I'm already working on my next album, it's called 'Ashen Light'. A guy called Chris Allan is doing the drums for it. There's going to be less of an Eastern sound influence on this one, but it'll be there still, in smaller doses. And I'd say Ashen Light is turning out to be heavier than The Clearing Mist in places... It's even grungy at times, reminding us of bands like Soundgarden, and Filter. The psychedelia is all there still, but I think I might be refining my own brand of psych even more now.... There's some pretty epic moments on this new material. Oh yes! Lots of vocals this time around, even multiple vocal harmony stuff. I'm really looking forward to people hearing it all. Could be done around March. Cheers!

Posted by Custom Made Music at 8:12 AM