"Five For Friday" with Josh Carples aka Glorious 70mm 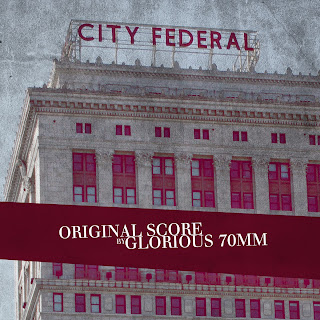 Glorious 70mm is a film score project of Montgomery, Alabama native Josh Carples. His latest release is the original score for the short film "City Federal" which he also co-wrote and co-directed. Josh gives us some insight on some of his favorite songs in this weeks edition of "Five For Friday," but first watch the trailer for "City Federal" which makes it's debut January 30th at The Montgomery Film Festival.

From their music to their score work, especially the French TV series 'Les Revenants,' Mogwai is just an incredible band. This song has always been one of my favorites from their 'Mr. Beast' album. There's something about the four-note lead progression that has always caught my attention.

The Appleseed Cast - Fishing the Sky

If you ask my friends if they ever have gotten tired of me talking about The Appleseed Cast, you'll probably get a resounding 'yes,' but they're incredible. Just listen to the guitar work on this song. Every album they put out has a different feel to it, but each one is great in and of itself.

This song is from their self-titled album that came out in 2013. It's a great album, beginning to end, and this song has great melody and arrangement, and the way it slows down and then builds back up to end the song is just fantastic.

Sunny Day Real Estate - How It Feels To Be Something On

This entire album never gets old. There are no skip tracks; you can just put this album on and enjoy every song. I think there are very few albums that grab me like that, but this one has been doing it since the late 1990s.

Longwave - Wake Me When It's Over

This song, and this album, has been a big influence for me as well. The tones - the guitars, the reverb, just everything about this album sounds incredible to me. I read years ago, if I'm remembering correctly, that they used 60s-era Vox AC30s and Fender guitars, and that was a big reason that I started playing Telecasters.

Posted by Custom Made Music at 7:38 AM