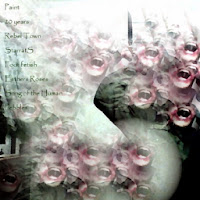 "Savant Syndrome" is the first part of "Two Swans" which is a concept album featuring two main characters Oliver Wade and Allison Strange. The concept is a fiction, exaggerated and inspired by real events. This collection of songs (Savant Syndrome) is essentially the more personal, realistic and autobiographical parallel story line. There is certainly a dark and at times painful slant to these songs in the spirit of Syd Barrett, Elliot Smith, The Pouges, The Sound, "Pornography" era Cure and The Flaming Lips. The underlying guitar warble of "Rebel Town" adds to the mystique of the track that eventually builds to a peak of folk influenced blistering guitar noise while the bleak feel of "Esthers Roses" adds touches of modulated guitar accompanied by minimalist percussion and the lyrics "You'r never gonna get what you want". It's all very folk driven yet highly experimental and lo-fi all at once. An eclectic and intoxicating collection of dark encounters. 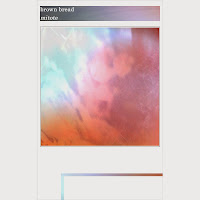 Rebecca Doerfer AKA Brown Bread has just released this 10 song gem of an album called "Mitote". This record contains some truly amazing and infectious sounds as the electronic beats, tropical rhythms and hypnotic drones set the pace for a forever changing psychedelic daydream. This however is just the icing on the cake as the focal point of the album are the incredible vocals that fill these songs. From the purely A cappella opening track "Memory" to the driving force of "Water And Boat" and the laid back feel of "Hologram" Doerfer's voice makes quite a memorable impression. It's the type of voice that evokes a warm and comforting spirit while adding a bit of mystery and suspense at the same time. Highly recommended. 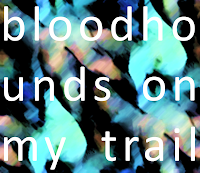 "Escape" the debut E.P. from Melbourne Australia's Bloodhounds On My Trail will take you on a sonic trip of highly textured ethereal guitar tones, set over crushing waves of bass and drums and vocals that are both dark yet inviting. The bands sound is certainly rooted in classic shoegaze from the 90's like Ride, Cocteau Twins and Slowdive. However there is a uniqueness to these songs that bring to mind an identity all their own. For instance "Dreamless" makes me think of what it be like to combine Todd Rundgren's "Hello It's Me" with a wall of reverb drenched distorted guitars. "Jolly" echoes the Velvet Underground and Joy Division but somehow I heard an element of "Purple Rain" era Prince. I think It must be because the song writing and structures are so right on that you can't help but hear that underlying element of a great pop song along with the beautifully dark effects layered tones us shoegazers know and love. 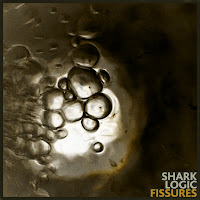 Highly experimental and haunting sounds here on the latest single from Shark Logic. Droning dirge like moods loom over an ominous beat like a killer on the prowl of an 80's horror flick. The simply put vocal presence only adds to the menace as this bitterly cold number sends the listener further into darkness leaving them wanting more. "Fissures" is the first single from the upcoming album "Salt The Earth" coming in 2015. 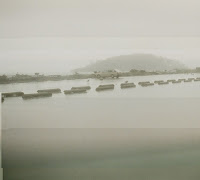 Fans of blistering surf rock n roll take note. Olympia Washington's Sun Eggs offer up some serious swagger on their debut full length "Dead Dolphins". This record is chocked full of riffs in the spirit of Link Wray, The Ventures, The Sonics and The Wailers. The band never let's up throughout this nine track barn burner. With vocals that are borderline psychotic and spot on guitar tones this record is certainly one of my favorites of 2014. The album is available on digital download, cassette and CD from the their band camp page so do yourself a favor and pick up a copy asap. 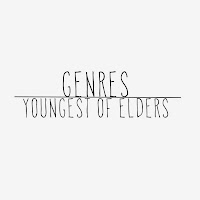 A promising debut E.P. from this Concord California artist. The lead off track "Fiction" is a shimmering dream pop tune with chime filled guitar sounds and droning underlying rhythms but with more straight forward vocals than the traditional vocal sounds on classic shoegaze records. I enjoy the diversity in it and personality that comes through on this song. As for the B-side there's a more modern indie-pop twist to "Romance" which is filled with a Pixies-like guitar lead, hand claps and some beautiful female vocal harmonies. The E.P. is rounded out by an acoustic version of "Fiction" which also shows promise. Overall some solid song writing here and a look into what should be a fruitful future for the world of The Youngest Of Elders.

Posted by Custom Made Music at 9:04 AM