Five For Friday with Linden Pomeroy 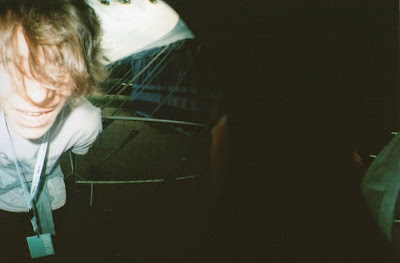 Linden Pomeroy is a singer/songwriter out of Brighton in the U.K. He creates delicate atmospheric songs that draws heavy influence from the likes of Low, Elliott Smith and Angelo Badalamenti. His latest album "Hypnos" out now on the Irish indie label Little League Records is a shining example of Linden's ability to create a full, melodic, dense world in his music, with spiraling melodies, tender vocals and soft guitar attacks. Throughout the album Linden's unique take on the slowcore styles and dense wall of sound entrance the listener, evoking the imagery of other-worlds and foreign realms. Linden was kind enough to share five of his favorite songs with us for todays "Five For Friday" feature but first take a listen to his song "Chokehold".

Jessica Bailiff is a singer-songwriter from Ohio; her music has a soft, withdrawn and surreal feel to it with drone, ambient and folk influences. Often her sound varies from bare-bones acoustic to thick delayed guitar sounds but always remains a minimal affair. Amnesia is from the album Hour of the Trace which was released in 1999 by Kranky records (who have released several of her albums) and recorded by Alan from Low. Amnesia shows a perfect blend of beauty and dissonance that wavers in a state of suspension

This one has always been important to me, it was the first song I learned to play and still resonates with me as much as it did the first time I heard it. You can just hear the emotion pouring out, Smog’s music is deep and lyrically rich; this is a shining example of one of many songs I wish I could’ve written myself and proves you only need 2 chords. An artist I discovered with great thrill, one of the best.

Mirroring is a collaboration between Liz Harris (Grouper) and Jesy Fortino (Tiny Vipers). The songs operate in a droning ambient space, rife with gliding textures and serene vocals. There is a certain longing in Grouper’s output that I can’t quite pin, her music is lonely, murky, otherworldly and somewhat detached, and this collaboration is no exception. The album Foreign Body was released in 2012; it reaches its melancholic peak here on the track Mine, where it descends from song-form slowly into a drone abyss. At nearly 10 minutes, this track really is a monolithic coming together of both musicians.

Roy Montgomery is a guitarist from Christchurch, New Zealand. His music is mainly instrumental oriented, often recorded on old Tascam 4-tracks and defies many boundaries; it’s tagged as post-rock though I don’t think that does it justice. Jaguar Meets Snake shows Roy’s ability to create soaring grooves through feedback stricken guitar tracks. This one is particularly hypnotic, with what sounds like some sort of sliding technique which triumphantly gets more and more wonky and messy as it goes. Check out the album Temple IV for more awesomeness.

The Durutti Column – For Belgian Friends

A Classic, but still sadly relatively overlooked. Vini Reilly is one hell of a creative guitar player and I hear his influence all over the place. Again very hard to categorize, his songs can be so free-flowing that they seem improvised. His guitar sound is bright and colored with reverb and vibrato but not too much. This track warbles and slips along with an aquatic jangly feel to it, there’s so many pretty textures here you can just get lost in it. This is a stellar instrumental piece and one of many from The Durutti Column.