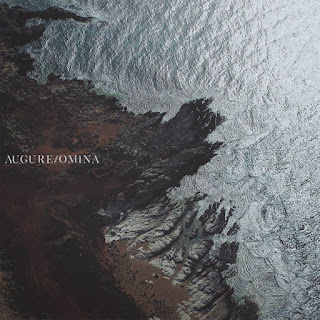 Looming atmospherics, breathtaking soundscapes and layers of eerie tension are at the forefront of this new E.P. from Italian post rock trio Augure. "Grunesfeld" has an other worldly vibe as layers of guitars sound like sirens screaming out to warn others of the presence of the danger that lingers around them. The galloping beat and sledgehammer like bass line are absolutely thunderous and the track builds and builds to epic levels before coming to an end. "Eis" has an even more mysterious vibe. It's hypnotic pace makes things as colorful as they are grey as all of the instruments lock in together to create the perfect blend of darkness and hope while closing piece "Tides Tale" is more intricate and angular. I think what I might like most about this record is the balance that it shows on each of the tracks as there's so many moods and so many textures to take in. From what I can tell this is their debut release and I can't wait to hear what they do next. 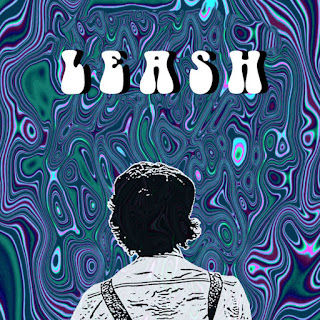 Can't get enough of this amazing new song and video from Aux Portes. The visuals and overall presentation of the video is so beautifully done it's hard to put it into words. The song radiates like a pulsating sun peaking out of a quickly clearing sky after a humid summer storm as it's rich guitars and swinging beat melt into a tripped out rock n roll euphoria. There's elements of early and Mid period Pink Floyd here as well as newer bands like Tame Impala but Aux Portes do a good job of carving their own feel for things and running with it. Highly recommended. 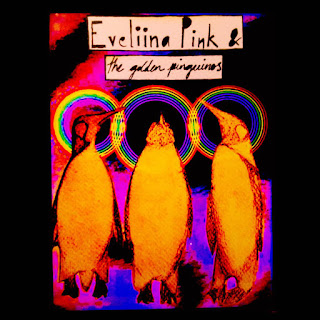 The first thing that hits me about this record is it's overall uniqueness. From the song structures to the instrumentation and the production it really has something different to offer. There's an underlying pop sensibility that moves throughout "Rainbow Sky" but it's also very nursery rhyme like and has a twisted demented stance to it. "These Inner Conversations" is full of blistering noise and distorted vocals while "Pinguino il Frac" makes me wonder what it be like if Barbra Streisand teamed up with Diamanda Galas to sing on a Philip Glass composition. "Lemon" might be my favorite piece on the album. It's lo-fi keyboard sounds and almost sinister vocal delivery are truly one of a kind. Overall "Eveliina Pink & the Golden Pinguinos" is an inspiring and most intriguing release that opens up new and exciting things to take in with each and every listen. 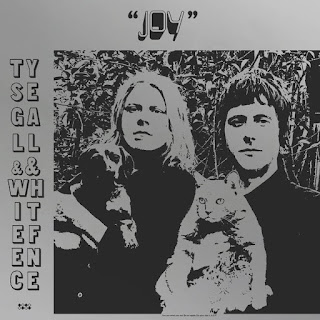 The always prolific Ty Segall is back with a new single "Good Boy" from his upcoming collaboration album with White Fence titled "Joy". The track has a very Abbey Road era Beatles feel to it that works oh so well. It's a two minute blast of fuzzed out guitar bliss with delightfully delivered vocal harmonies sure to get you humming along in seconds. "Joy" is due out on LP/CD and Cassette July 20th. 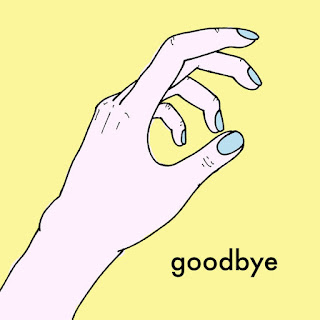 Mexico City based jangle pop unit Useless Youth impress with their latest track "Goodbye". The crisp clean guitars and uplifting vocals make it the type of song that's perfect for a breezy spring day. The rhythm section is on point throughout the track as the rolling bass line and shuffling beat keep things moving along in fine form. The band are hard at work on a new full length album due out this Fall and if it's anything like this track we are all in for another stellar release. 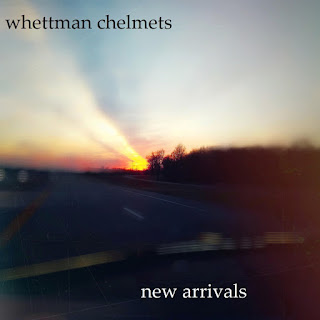 Missouri based musician Whettman Chelmets has been releasing experimental recordings the last several years, all of which are very inspiring, heartfelt and warm. His latest E.P. "New Arrivals" is made up of ethereal guitar and keyboard based compositions that take mind bending twists and turns to create a wash of refreshing sounds. Stand out piece "Seahorse" is like an ocean of relentless noise being harnessed and redirected into lulling dream like soundscapes while the reverb drenched version of George Michael's "One More Try" is as beautiful as it is surprising. The hypnotic flow of "Whales In The Distance" is the perfect way to close out this E.P. as it cements a fabulous effort from a spectacular artist that's work deserves to be thoroughly explored.

Posted by Custom Made Music at 7:02 PM