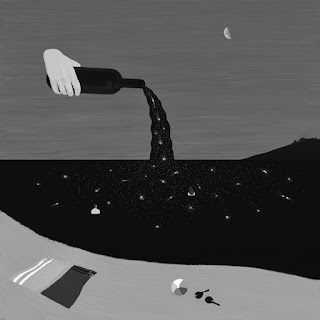 Daniel Ruiz "I Can't Believe My Luck" (3 AM version) (danielruiz.bandcamp.com)

Spanish singer songwriter Daniel Ruiz is back with yet another impressive single. "I Can't Believe My Luck" is fueled by a cinematic piano sound and Ruiz own charming vocal delivery which makes me think what it be like if Tom Waits and members of Morphine joined the Beatles for a late night jam session at Abbey Road sometime in the late 60's. There's also a very "in the moment" kind of feel to everything that I really enjoy. It's cabaret, it's circus like and it's overflowing with an honesty and warmth that creates a sound that's truly all it's own. 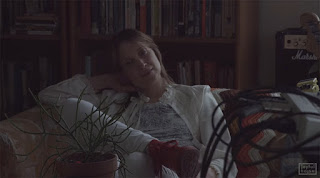 June 1st Joan Of Arc will release their new album "1984" on Joyful Noise Recordings. They recently unveiled this clip for the track "Punk Kid". I actually heard them perform a version of this back in January of 2017 at The Satellite in L.A. and was absolutely floored by vocalist Melina Ausikaitis's performance. When describing the video a recent press release stated-"Directed by Mike Gibisser, the part live performance, part collaborative art video finds heroism in the everyday lives of the band's family and friends: real punk kids. The video also features singer Melina Ausikaitis playing The Fake Guitar, a prototype from Versus Guitars in Chicago, which started as a prop and has since developed into a drum machine of sorts using a contact mic." The band start a U.S. tour July 5th at The Monocle in St Louis. 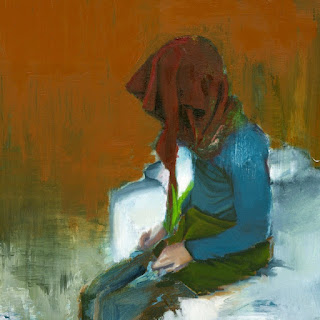 Washington State based post rock/shoegaze unit Reveries hit a home run on their debut self titled E.P. Opening number "Hits My Eyes" is full of rich atmospherics and powerful dynamics that create an elegant yet crushing sound. The driving feel of "Existential Anxiety" keep things moving along well as it's textured guitars and thunderous bass line radiate throughout the track while the slower paced "When Your Dreams" moves like an avalanche of hypnotic sound. Other highlights include the high energy stance of "Here With You" and the swirling drone of "Passing" which closes out the record like a cinematic sunset. Highly recommended. 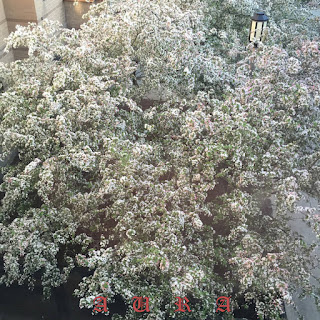 SPILLS are the brainchild of Chicago musician Brandon Papanicolas. His debut album "Aura" is made up of 10 inspiring tracks that range from uplifting jangle pop to colorful washes of experimental sound. Stand out numbers like the quick paced "Glasshouse" and swagger filled "Wound Up" mesh perfectly with the intricate guitar based "Flipper" and bouncy feel of "Slump". Everything has a colorful dreamy element to it that stirs up a bit of psychedelia around it all and invites a realm of mystery to the mix. Overall "Aura" is a promising work of art and I can't wait to hear what comes next from this inspiring new songwriter. 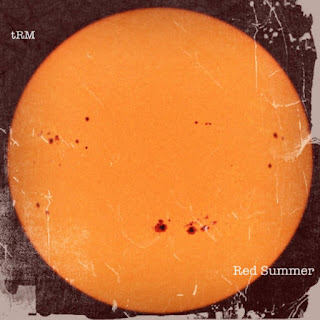 Excited to have come across this incredible E.P. from Cambria California's The Ruined Map. The band blend a rugged relentless attack with well crafted rock and roll song structures that at times echoe the spirits of Yo La Tengo, Slint and Sonic Youth. "Forest Number" is full of angular guitars that are backed by an infectious shuffling beat while "Red King" utilize tension and melody in fine form. "The Dance" is another stand out piece that's got a really uplifting bass line that sounds amazing and I really love the dirge-like riffs that work their way throughout the track as the band make great use of some really menacing tones. I really can't say enough good things about this release. Do yourself a favor and GET INTO IT. 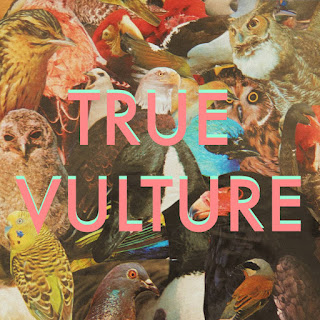 True Vulture create a stunning mix of garage rock, art rock and post punk on their debut album. The Melbourne, Australia based group start off with the grooved out rocker "Fever Dreams" which has a real Roxy Music quality to it. Emma Jessop's heavy bass line really carries "Floodlight Ghosts" as bright guitars and Jake Savins stunning vocal delivery put the track over the top. "Bloodletting" is much darker and slower and channels eerie feelings throughout while "Micro Girls" is a faster paced piece that incorporates top notch musicianship showing just how good this unit is at their instruments. Other favorites include the blistering sounds of "Deep Sea Blues" and the traces of glam that surface during "Bronze Medal". A really spectacular release that's deserving of attention from around the globe.

Posted by Custom Made Music at 2:24 PM