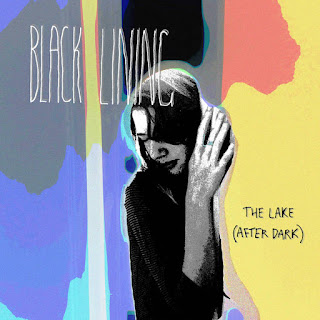 Australian ambient/experimental indie project Black Lining return with this blissful new single "The Lake" (After Dark). It's got a sleepy laid back appeal to it that is highlighted by the combination of a bright captivating guitar sound and rugged bottomless bassline. Together they ring out in a calming peaceful manner. It's straight forward beat works well alongside Black Lining founder Nicholas McMillan's straight forward lyrics and charming falsetto style vocal stance. This track is the type that makes the most out of each and every note by stretching the boundaries of a simple song structure as far as it can go. The result is a beautiful, soundtrack style performance that harnesses what the spirit of art, beauty and creativity are all about. 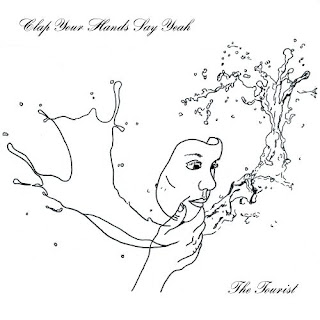 Clap Your Hands Say Yeah mastermind Alec Ounsworth is back with a new album titled "The Tourist". This is the first release since the departure of original drummer Sean Greenhalgh leaving Ounsworth at the helm to perform everything on the record himself. Lead single "Down" has a quirky, jerky base to it that eventually gives way to a driving beat and some searing guitar work as Ounsworth's fast paced and at time frantic yet soothing and psychedelic voice is incredibly enlightening. The song explores a wide range of tempos and sections that really mix things up and show alternating moods that also fall nicely together under one cosmic umbrella. It's futuristic, it's innovative and it's damn fine sounding. Can't wait to take in the entire release. Clap Your Hands Say Yeah are currently on a U.S. tour that runs through May 6th. 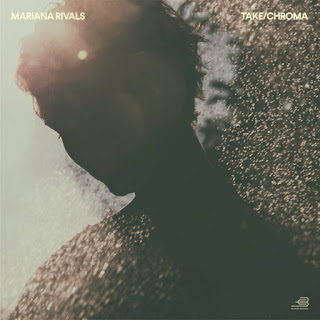 California based synth pop unit Mariana Rivals deliver a pair of new tracks that are absolutely delightful. A wash of shimmering synths ring throughout the heavy groove based feel of "Take". It's pumping bassline and laid back rhythm are simply second to none while the mysterious yet soulful vocals put everything over the top and get you singing along in no time. "Chroma" is a bit darker and more subliminal. It's got a heavy feel to it that builds throughout and keeps you guessing at what will come next as it's cunning dynamics and atmospheric presence is as beautiful as it is enlightening. There's also an underlying orchestral element to it all that I enjoy very much. A captivating pair of songs that could easily serve as the soundtrack to a universe trillions of light years away. 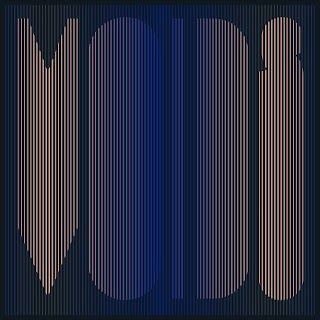 "Invisible", the lead single from Minus The Bear's new album "VOIDS" is nothing short of an anthem. Frontman Jake Snider's uplifting lyrics and energetic vocal cadence paired with the songs dynamic structure are sure to satisfy fans both old and new. "VOIDS" is the first record with new drummer Kiefer Matthias and he delivers big here as his tight, in the pocket playing gels well with guitarist Dave Knudson's unmistakable style and bassist Cory Murchy's thunderous tone. There's also the ever present underlying rhythm that has been the backbone of the bands sound for over 15 years. "VOIDS" is available today courtesy of Suicide Squeeze Records. 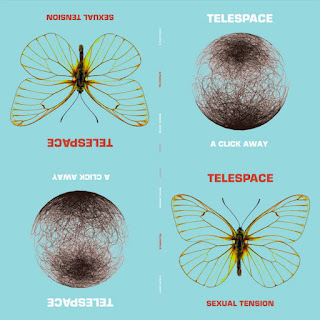 Hailing from Lausanne, Switzerland Telespace impress on this unbelievably charismatic Double A Side single. The band quickly create an ethereal world through the cinematic sounds of "A Click Away" as it's calming dose of mind numbing guitars are soon followed by an intriguing left of center style vocal delivery. It's subtle rhythm and rolling bassline accompany the track in fine form as this introspective piece glides through a vibrant realm of colorful sonic landscapes. The driving beat and chiming guitars of "Sexual Tension" provide the perfect backdrop for this undeniably infectious number. It's deceptive hooks and flavorful melodies give the track a shimmering flair that channels a theatrical spirit full of enlightening undertones that at times echo the spirit of classic Bowie. A spectacular pair of songs packaged in a delightful gatefold 7" sleeve available now from the bands bandcamp page. I can't wait to hear what comes next from this amazing indie psych outfit. 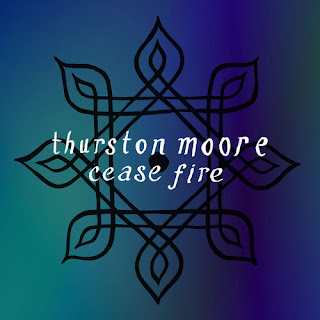 What else can I say? This is classic Thurston Moore. Left of center guitar driven rock n roll at it's best. Backed by the incredible beat of guest drummer Jem Doulton along with guitarist Ames Sedwards and bassist Deb Googe "Cease Fire" is an incredibly contagious song full of intricate riffs and gliding angular textures. The track is a reaction to the horrors of gun violence that continues to plague our world. Moore recently stated...“Guns are designed to kill and we, as non-violent human beings, are against the killing of any person or animal.The song is also about the power of love, in all its freedom of choice. A power that no gun can extinguish as love will rule always. Melt down your guns and kiss your neighbor.” SPREAD THE LOVE!!!

Posted by Custom Made Music at 9:38 AM