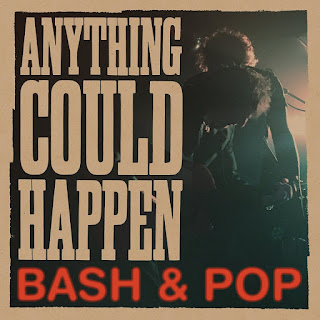 Tommy Stinson's recently reformed post Replacements outfit Bash & Pop unveil another track from "Anything Could Happen" the bands first album since their 1993 debut "Friday Night Is Killing Me". The no frills "Never Wanted To Know" is a high energy blast of melodic rock n roll with equally powerful production. Tommy has roped in a few of his friends who helped make much of the new Bash & Pop to hit the road with him – lead guitarist Steve “The Sleeve” Selvidge (The Hold Steady), Joe “The Kid” Sirois (Mighty Mighty BossTones) on drums and Justin “Carl” Perkins (Screeching Weasel) on bass guitar. The tour kicks off on January 12th at the legendary 7th Street Entry in Minneapolis and follow it up with a full U.S. tour that runs through March. "Anything Could Happen" will be available January 20th courtesy of Fat Possum Records. 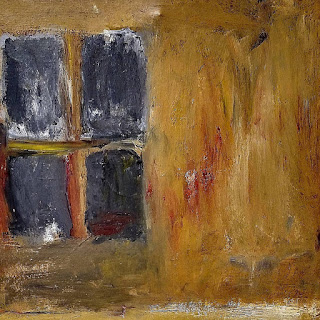 There's a glowing, radiant presence that flows throughout this debut E.P. from North Carolina's Cave Space. The project is the brainchild of guitarist Adam Blythe, who adds an array of modulation effects to his soothing soundscapes. "Nightlight" has a left of center vibe that's both welcoming and mysterious while "Grandfathered" features a lulling dose of hypnotic atmospherics that adds a post rock feel to things. It's got a sense of passion and strength that goes with it's textured tones that are simply second to none. The swelling sounds of "Parting Ways" and uplifting spirit of "Drifting" further cement "Windows 1" as a truly amazing collection of enlightening compositions. Can't wait to hear what's next for this promising new artist. 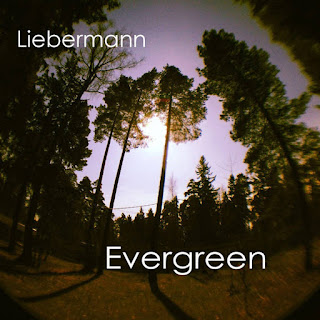 Lieberman are an exciting new shoegaze fuzz/pop unit from Moscow. Their debut E.P. "Evergreen" captures their shimmering psych laced approach in fine form. The title track features a spectacular performance from vocalist Zhanna Axenova as she shows off here expansive range with elegance and grace. "Constrnt" is a bouncy upbeat number that's full of catchy hooks and vibrant guitars that are backed by a pin point rhythm section while closing track "Rat Prince (Pumpkin Face)" has a soothing ambient presence that ventures into rich psychedelic territory and emits sonic colors of shoegaze bliss. A truly delightful release from beginning to end. 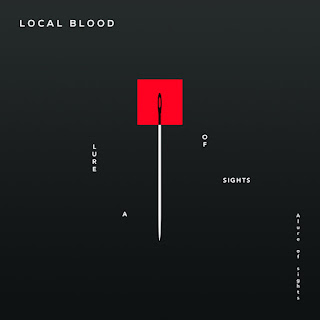 Lithuanian Post Punk unit Local Blood impress on their debut E.P. "A Lure Of Lights" The first word that comes to mind when listening to this band is "Haunting". Each track captures a sense of danger and darkness that draws you in with it's mysterious undertones. The driving bass line and straight forward beat of "Crawling Boarders" mesh well with it's colorful guitar work and intense vocal delivery while "Past Perfect Continuous" is slower paced but equally as intense as layers of atmospheric synths add an even darker texture to the mix. The caginess only grows larger during closing piece "Total Guidance" as it's bleak, undeniably cold presence makes for a fitting end to this truly incredible release. Highly recommended. 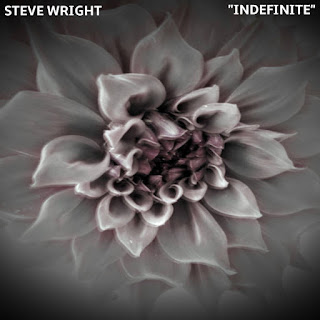 Such an excellent E.P. from Cleveland based musician Steve Wright. Opening piece "Forever Again" is a highly melodic number backed by stand out percussion and Wright's dynamic voice. There's also a subtle heaviness to the track that brings to mind the likes of Tourche, Jesu and Sabbath. The lush, guitar riffs that ring throughout "Trillium" are really remarkable. It's a breathtakingly beautiful instrumental backed by galloping drums and a powerful dirge driven bass line. Things reach a sonic apex during the ethereal sounds of "Daffodils" as Wright showcases all of his best chops over this elegant masterpiece. A well executed debut from an inspiring new composer. 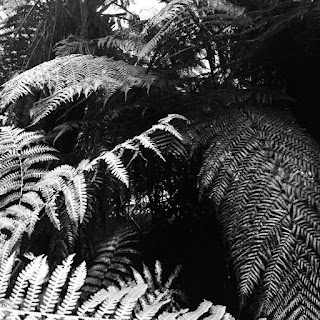 "Primed" the latest track from Melbourne Australia based artist Thinds is a 19 minute epic, full of lulling atmospherics and textured layers of intense sound experimentation. It's a cosmic, mind bending journey full of twists and turns that move between rich psychedelic landscapes and dark, futuristic drones. It's also very visually inspiring as continual listens conjure up images of futuristic planets and other worldly realms and I continue to discover something new with each and every play. Overall "Primed" is an incredibly well crafted piece of art sure to delight fans of warm therapeutic audio stimulation.

Posted by Custom Made Music at 1:10 PM