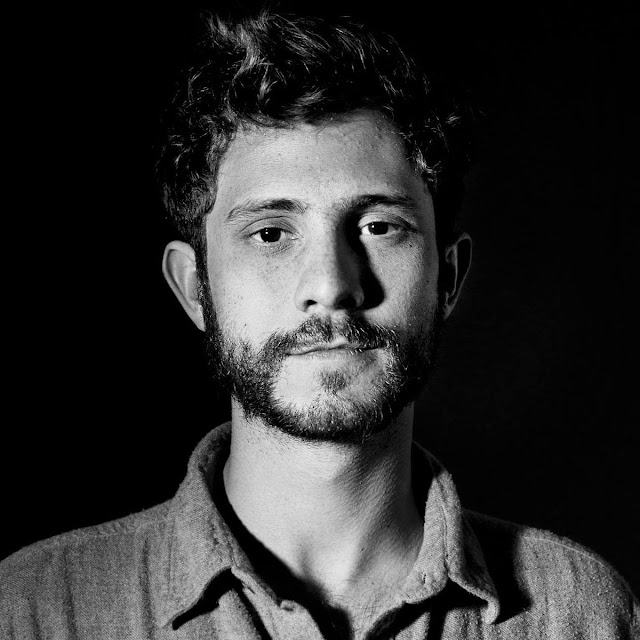 Philadelphia based experimental musician Matt Kelly has been releasing his thought provoking compositions for several years now. From droned out ambient soundscapes to frantic blasts of psych/surf mayhem he is always creating music that's colorful and inviting. His latest E.P. "A Night Drive Down a Familiar Road You've Never Been Down" is full of lush ambient tones and haunting dynamics. Matt shares some of his favorite songs in this weeks edition of "Five For Friday" but first check out his track "A Picture Of A Picture".

A pioneer of electronic music, Delia might be best known for performing the theme for the original “Dr. Who” (one of the first television themes to be produced by entirely electronic means). Despite that notoriety, Delia does not get the full credit that she deserves for her contributions to modern music. Working with tape loops and found sound, Delia’s time with the BBC brought musique concrète into the homes of everyday people. Her passion for sounds and her ability to create atmosphere is a huge inspiration to me.

Another pioneer, Joe was doing some weird stuff in 1960. This song is a great example of his innovative use of reverb, found sound, and overdubbing, all tactics he pioneered from his home studio. The “chipmunk” vocals were all done by tape manipulation, and there’s sounds like a sink being drained and bubbles being blown lurking in the mix. It’s sort of childish and whimsical, but also psychedelic and demented. I love the “cosmic luau” vibe, although the lyrics are deceivingly sad and wistful upon closer listen. Alas, Joe’s tale is a tragic one. He advised Brian Epstein to not bother signing The Beatles. He became fascinated with communing with the dead, and would set up tape machines in graveyards to record sounds from beyond the grave. Sadly, mental illness derailed Meek’s life, culminating in a grisly murder suicide involving his landlady in 1967. A sad end for a man who was ahead of his time.

Howlin’ Wolf might be my favorite artist ever. This song is about how he’s worn his 44 pistol in its chest holster so long that now his shoulder is sore, which I always found kind of funny. I love the hypnotic riff and how the beat is so heavy on the 1. But it is Wolf’s delivery that does it for me. His voice can empower you just as easily as emasculate you, depending on what kind of mood he’s in. I also love the line later in the song that says “Well I’m so mad this morning, I don’t know where in the world to go.” It’s a feeling of kinetic energy that’s just looking to explode.

Roland is a big guitar hero of mine, and I love the original version by Nancy Sinatra and Lee Hazlewood, so this is a great meeting of minds. This song is at once romantic yet leering; sweet yet menacing. Roland and Lydia’s version definitely take those elements up a notch.

Blind Willie Johnson – “Dark was the Night, Cold was the Ground”

One of the most haunting songs I’ve ever heard, and it’s just a guy and a guitar. No words, just emotive slide guitar and moans. This song is a damn near psychedelic rumination that always gives me images of desolation and longing. Chills every time.Unlike some of his contemporaries, Blind Willie was not born blind. He was blinded at age seven when his stepmother threw lye in his face to spite Willie’s abusive father. Johnson preached and sang on the streets throughout Texas until 1945 when his house burned down. With nowhere else to go, he slept in the burnt out ruins of his home on a wet bed covered by old newspapers. He soon died of malarial fever. Pretty grim, even for a bluesman. Blind Willie doesn’t always get included when we talk about the “Blues Greats™”, maybe because he didn’t play a Strat or make a deal with the devil. However, in 1977, Carl Sagan included this song on the Voyager spacecraft’s Golden Record, which featured music and sounds of Earth like crickets, volcanoes and heartbeats. This song is currently floating through space. The record is to be a “snapshot” of Earth to educate potential alien life about our planet. Sagan said he chose this song because it concerns “nightfall with no place to sleep. Since humans appeared on Earth, the shroud of night has yet to fall without touching a man or woman in the same plight.” Universal emotion conveyed with no words, just a man and a guitar.