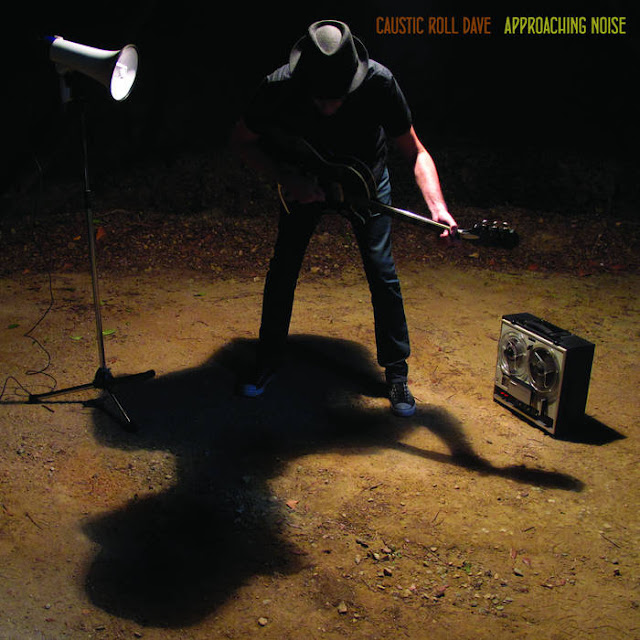 Barcelona based musician Caustic Roll Dave has been releasing records for several years now. His latest album "Approaching Noise" blends traditional blues sounds with industrial beats matched with an experimental twist creating a sound all his own We sat down with Dave to discuss how he got into music and the artists that inspired him early on, the current music scene in Barcelona and the making of "Approaching Noise".

CMM-What are some of your first musical memories and what bands/artists made the biggest impact on your musical style?

Dave-My first musical memories are from my childhood. My father is a huge fan of Dylan and artists like The Stones, Creedance Clearwater Revival, Hendrix, blues and jazz, so he played this music on the Hi-Fi while I was playing at home. I was really lucky with that. I’ve been listening to music so many years, I’m quite old so lots of music has influenced me in some way. As I said before, music I listened to at home I think Dylan, Stones and blues like John Lee Hooker (when he plays alone), Lighting Hopkins, Robert Johnson… surely made an impact on me. People usually ask me about blues artists but although I like it I’m not a huge expert of any blues artist. I think I’m more into artist who have been influenced by blues…. Ok maybe It’s a stupid thing, who is not influenced by blues in some way? Artists focused in raw and primitive sounds for example like The Stooges, Cramps, JSBX, The Sonics, ... really made the hit on me. Hip Hop was a true influence as well. Public Enemy, NWA, Beastie Boys,Geto Boys, etc… I love those guys man. The sampling process is a key process in my music, and the Bomb Squad productions maybe are the top of all that. That links with James Brown and the primitive funk from the early 70’s. They bring the groove!!! The 90’s which I say they begun aprox in 1987, make a deep impact as I lived that musical period so intense. Ok I know the 70’s or 60’s or whatever have so much good music but they weren’t contemporary to my existence, so I guess that was definitely a point. Jane’s Addiction, Nine Inch Nails, PJ Harvey, Nick Cave, Soundgarden, Screaming Trees, Beck, Pixies, Kyuss, Man or astroman… there was a blend of everything those years. And of course Tom Waits, and other classics, say Neil Young or Led Zeppelin… The 50’s rockers like Eddie Cohran as well.

CMM-What was the song writing and recording process like when making your latest album "Approaching Noise"? Any particular inspiration for the songs?

Dave-The song writing process is “there is no process”. Some structures can begin just from a simple drum loop or a beatbox idea. Some from a chord or a guitar riff. My music is very primitive and simple; there are no complicated structures, changes and so on. Always music first and then lyrics. Recording process is quite slow. I would like to improve that! But the way of writing affects that. You try something, then you change that, then I leave it there for some time, I come back, etc… There’s no particular inspiration for the songs. I think the album works well as a whole unique identity but there isn’t a common message or thread.

CMM-How did the song "Low Cost Countdown Beat" come about? What inspired you to make that track?

Dave-I think this song or “Many Pigs” are representative of that mess of primitive old bluesy sound and industrial or electronic beats I look for. Say Industrial Blues? Maybe… In Low Cost Countdown Beat I think there’s some Alec Empire breakbeats inspiration that I blend with the old style blues harmonica sounds. I think It works perfectly in that song.

Dave-Well, sure the rare or the non-usual one is the Resontaor Cavaquinho. Somekind of a ukulele with the resonator system of a Dobro. I bought it in Rio de Janeiro. The opening riff in “What We Undertand” for example is that instrument. The software I used is so old, it’s quite ridiculous in some way. It hasn't been updated in the last 10 years???

CMM-If you could do a film score for any film director who would it be?

Dave-Not really any preference. I think what kind of film I would have to attempt to score would be more important. Wim Wenders , Jim Jarmush, Cohen could be a choice…

CMM-What is the music scene like in Barcelona right now?

Dave-It is strange to answer this question because I realize that I’m out of the scene, It seems that Caustic Roll Dave is not welcomed hahahaha,… If we could agree that there’s one. There are a lot of people doing music in different directions. There are also people trying to get new things out or to promote gigs but times are hard except for a few that reach that level of popularity to be everywhere and generally repeating the formula that works for them and it seems people love. But I think it’s quite similar everywhere.

CMM-Any touring or shows planned for the coming months?

Dave-No. I would say that for the moment the touring is coming to an end. I will begin again to restart after summer. But I had a call from and electronic festival yesterday. That’s interesting and it seems that not everybody is a prisoner of music genres. 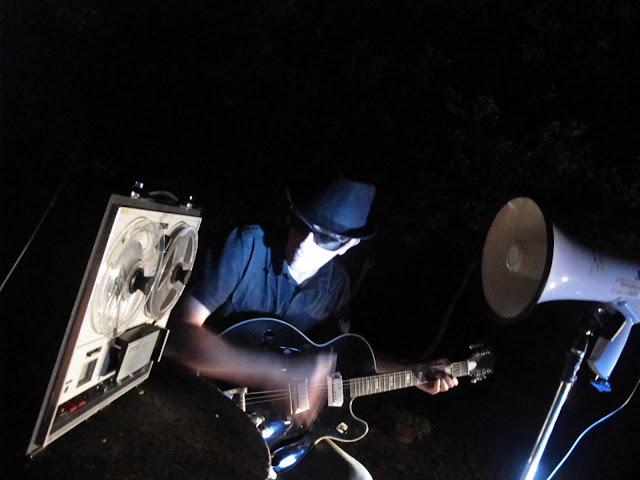 CMM-Were do you see the future of your music heading? Any different sounds or genres that you would like to explore more and incorporate into your music?

Dave-I usually change my mind every day. Sometimes I want to focus more in the groove and beats, heading to a more hip hop oriented sound. Sometimes I would move to the desert and bring more desert-stoner feelings. And maybe tomorrow I think I will do an electronic album. Or do an acoustic EP. So finally I decide I’m going to do some caustic-rolling music. Actually I’m a little confused. I’m listening to some demos I have recorded this year and I can’t say that there’s a particular direction. I've been thinking of making a band, too as I play alone. I think It could be very challenging to try that but at the same time it would take a lot of time and work.