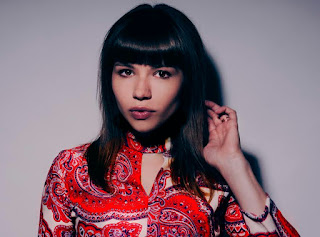 "Boss Lady," the new single from NYC noir-pop group Deidre & the Dark is an infectious blast of sonic energy that merges early soul, big band and jazz. Deidre's passionate and powerful voice brings to mind classic girl groups of the 50's and 60's while the production style falls somewhere between new electronic producers like Toro y Moi and vintage Jimmy Jam and Terry Lewis. With an E.P. in the works for late 2016, Deidre & the Dark will be joining French Horn Rebellion on the road for select dates in the Northeast this March. 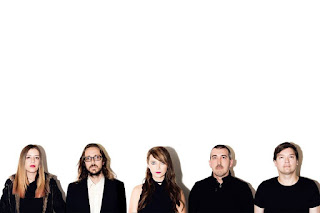 Fire To The Stars "Made Of Fire" Single (seahorserecordings.com)

Such a brilliant and powerful new single from Australia's Fire To The Stars that comes equipped with this passionately moving video from director Matthew Chuang. The gloomy melancholy sounds created on "Made Of Fire" are second to none as the ambient textures and beautiful vocals draw you in and sit well next to the orchestral instrumentation and flowing melodies that loom over ghost like undertones. It has a soothing spirit that's also haunting all at the same time as it's slow pace generates a dense level of mystery and intrigue. Clearly one of the best tracks I've heard this year. 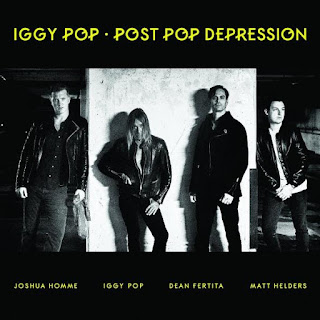 Having been such a fan of Iggy for so long and listening to his records over and over for years, his voice on "Gardenia" is like an unexpected visit from an old friend that you welcome with open arms. There is certainly an ode to Iggy's years working with David Bowie throughout this track as he locks into a phenomenal groove that's submerged in all of his trademark swagger. Backed by Joshua Homme and guitarist Dean Fertita of Queens of the Stone Age and Arctic Monkeys drummer Matt Helders, the musicianship throughout the song is simply incredible as the band lays back, never overplaying and let Iggy do his thing. A fine addition to the legacy of one of the all time greats. From the new album "Post Pop Depression" available now at postpopdepression.shopfirebrand.com. 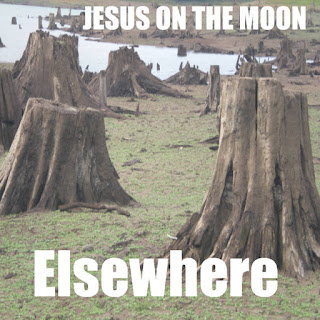 Jesus On The Moon "Elsewhere" (jesusonthemoon1.bandcamp.com)

This Puyallup, Washington based band craft a captivating mix of post punk and snyth sounds full of catchy hooks and atmospheric dynamics. Opening number "The Black Sheep" channels the spirits of Joy Division and New Order as the pulsating synths reek havoc across your mind. The melodies keep you moving as stand out track "Borderland" adds a touch of Psychedelic Furs like flair as the the banging beats and glistening guitars of "East Hall" make for a shining blast of dance inducing electro pop. The band show a more experimental side during the twisted and hypnotic sounding "Dark Flow" before settling back in on "Seraphic Spheres Tremble in the Autumnal Arcade" which feels like a song from the soundtrack of a lost John Hughes film. Overall an excellent album sure to please early 80's post punk enthusiasts. 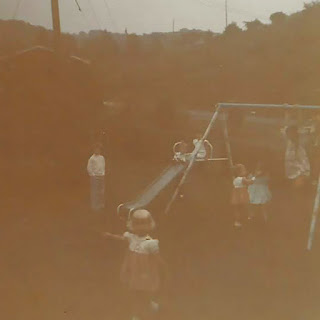 A breathtakingly beautiful record from this Piano, Texas based project. Two ambinet soundscape pieces "Out of Everything that Glows" and "Hold" kick things off in fine form as each track adds just enough of a rugged touch to the layers of well crafted sound experimentation to take the tones over the top. A reverb drenched cover of the Ella Fitzgerald classic "Blue Moon" meshes quite well with the spaced out originals that follow. "Katy Lake" and "Russell Creek View" channel the spirits of Buddy Holly and The Velvet's while the final two cuts "The Deerfield Lights" and "Partners In Crime" lay back into Eno like territory. A soothing and inspiring release from beginning to end. 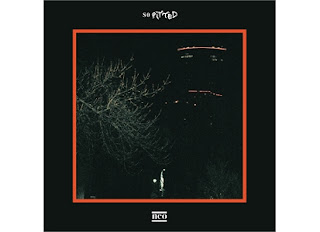 So Pitted "Feed Me" Single(subpop.com)

"Feed Me" off of Seattle based band So Pitted's new album "Neo" is a no punches pulled rocker full of relentless aggression from start to finish that's sure to deliver a sledgehammer sized blast to your ears.I love the grinding, dirge like riff that drives this song alongside the distorted droning vocal and ferocious blasts of guitar feedback that serve as a fine lesson in musical brutality. It's maniacal, it's menacing and it's down right infectious.

Posted by Custom Made Music at 3:10 PM