"Five For Friday" with Chicago psych/noise unit The Daisy Heaves 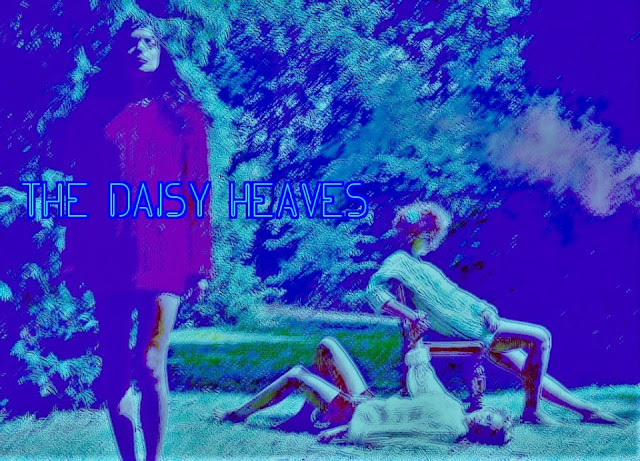 The Daisy Heaves were formed in the Fall of 2015 by Chicago musician Ryan Dahl. The idea started as a solo project when a collection of songs were written and recorded this past October. Soon after Danny Branske joined the group on guitar and vocals, followed by Will Stratford on drums and Mike Regan on bass. So far they have released two E.P.'s "The Parasomnia Sessions" and "Dream Machines" which you can pick up at (thedaisyheaves.bandcamp.com). The band share some of their favorite songs in this weeks edition of "Five For Friday" but first have a listen to their song "Thorazine".

I first heard of J Fernandez when I saw them open for Unknown Mortal Orchestra in St. Louis last summer. They blew me right away and I bought their most recent album, Many Levels of Laughter. I listened to that record almost every day for months on end. I actually still listen to it about once a week. I love the song "Read My Mind" for its dynamic structure. It grows and grows with each passing second in a very careful way. It starts with just vocals and by the end you are surrounded by an amazing collage of sound. I respect this band and all of their songs. I can’t pick a favorite of theirs, but I’m sure this one could get anyone hooked right away.

Listening to this song is kind of like a watching a video montage of anytime I've fallen in love. It covers all of the emotional ground from existential bliss to anger and defeat. Near the end of the tune they reprise the melody from "Isn't She Lovely," which really blew me away the first time I heard it. After that, they go into this tappy jam thing. It’s so cool.

No other song has managed to maintain such a visceral effect on me over the years. Unlike most songs that might give me goosebumps, "In the Flowers" features a relatively subdued melody and integrates a variety of musical and thematic motifs. Although it hits your ears as a single organic sonic flow, the arrangement combines a unique blend of seemingly disparate timbres: acoustic strings, cryptic digital samples, reverberant vocals, heavy, punchy bass and low tom drums mixed with deep bass booms, hand claps, highly-processed vocal warbles, various world-percussion drum clicks and no shortage of synthesizers with various effects and tonalities. From a production standpoint, what's most amazing about this arrangement is how punchy and pronounced all these competing tracks come through the mix. The more I listen to this song, the more the lyrics move me in an existential and less sappy way than most emotive vocal melodies; especially the repeated line, "to hold you in time." No other song simultaneously evokes elation and morality-awareness, in a word: tenderness. Both the arrangement and the lyrics hit me with a timeless energy, combining primal attitudes with futuristic ones, joyous moods with anxious ones, and now with forever.

Y'know, "everyone says" Bowie was the most "out there," but if we really think about it, Zappa truly was the most prolific and eccentric rock star of the 60s, 70s, and 80s. He may've not out shined the recently departed, but like The VU, he tested the boundaries of music as it was known. I was first introduced to his music with the album Freak Out! by The Mothers Of Invention. My favorite song off of it is called "You Didn't Try to Call Me." It grooves so hard, it dips so low, it jingles right on in. I arrived late to the party and only started listening to Zappa recently, but after I heard this song and listened to the rest of the album, it was impossible to not be infatuated by his artistry.

This song is a favorite for all of us. It is like no song that was made prior to 1966. From the loud screeching viola to the rapidly recited lyrics that paint dark and graphic images in a listener's head, it is truly a song that pushes boundaries and is a great example of The Velvet Underground's avant-garde nature. Rather than writing songs about love and peace, this group wrote songs about how the "other half" lives; ideas people didn’t want to understand, but concepts that they needed to hear.
Posted by Custom Made Music at 3:54 PM