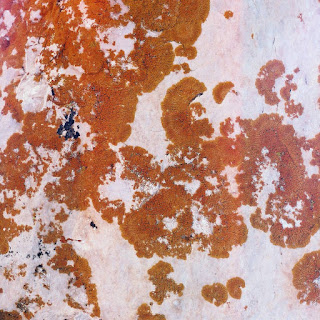 Ash Cashmere "Where The Snails Go At Night" E.P. (ashcashmere.bandcamp.com)

Flagstaff Arizona's Ash Cashmere make a unique brand of jazzy sounding indie pop songs. The combination of Madelyn Byrd and Rose Clements, who both contribute guitar and vocals really stir things up while bassist Andrew Ryger and drummer Jacob Thomas hold down the back end of things with pin point precision. "Oh Sister" is a laid back swinging piece capped off by a blast of psychedelic 60's flair. Things keep moving into the intoxicating sounds of "Sleeping In" with it's math rock riffs and intricate time signatures. The whirlwind of sounds gets a bit less chaotic as "Sssuunnn" might be the most straight forward of all the tracks as its upbeat rhythm and beautifully harmonized vocals flourish throughout. The musicianship highlighted on "Greyling" gives a slight nod to classic NYC bands like Television and Talking Heads while maintaining a sound that's all it's own. Overall a solid E.P. backed with a healthy spirit that's original, passionate and warm. 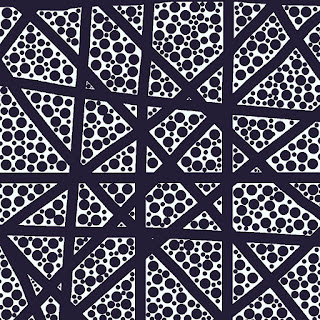 This debut release from ambient/experimental project Cubic Pi was recorded with one guitar in one take sometimes inside, sometimes outside in Victoria BC mostly using Strymon effect pedals. From the opening sounds of "Dean Wolfe - Planet Rings" I was instantly hooked on the highly textured and colorful tones that shimmer throughout the track. "Winning Peace" has some rather abrasive bits that go along well with it's gliding graceful like feel while "Wash" has a calming, warm like presence that offers a confident, glistening glow.The mood takes a big turn as a straight forward drum machine beat moves into the forefront that's soon accompanied by a shuffling guitar riff and an ambient based collection of epic background sounds. A well rounded debut that covers a beautiful range of uplifting sonic passages. 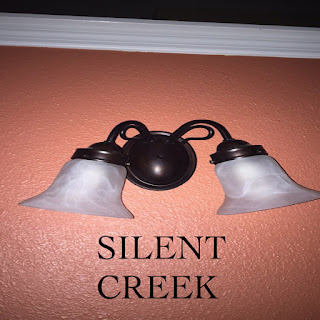 Fats Raider is the moniker of South Florida musician Conor Comfort. His latest album "Silent Creek" is an energetic collection of lo-fi indie pop in it's rawest form. "Stutter" channels the spirits of early R.E.M. with it's high hat heavy drum sound and jangling guitar chords matched by a laid back and at times shy vocal stance. "Dog Trainer" follows suit, fueled by driving instrumentation and a stripped down approach, while "The Bargain Never Held" is a catchy guitar based piece that draws energy from the likes of Dog Bowl and King Missile. "I Don't Want To Be Around Here Anymore" falls somewhere between Guided By Voices and "Sally Can't Dace" era Lou Reed. It's somber tone and matter of fact style vocal makes it one of the records stand out tracks. The low lying sounds of "Where Has Everything Gone" is another highlight with it's loose feel and at times alt-country frame of mind that's reflective of The Replacements classic track "Hootenanny" from the album of the same name. The record closes with the chaotic tone of "The Bay" which features a spastic sounding bass line and frantic drums. The tracks fades out only to return at an even more neurotic level before coming to an abrupt end. A promising release that echoes much of the college rock flavor of the 80'sa and early 90's blended together with a dash of modern indie appeal . 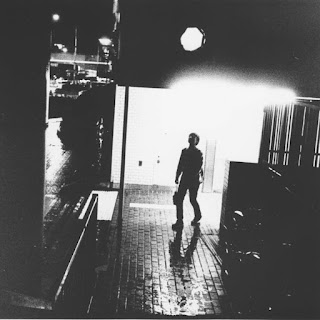 The cold dirge like sounds that fill French post punk unit Satellite's debut E.P. "The Meaning Of Night" are nothing short of petrifying. The gruff industrial sounding "Contact" starts things off in the spirit of bands like Suicide and Einstürzende Neubauten. It's mechanical menace and wavering synth sounds are a great introduction of what's to come. Things get faster during the primal sounding "Go Away" as it's heavy effects driven bass line and pulsating drum machine flutters throughout the track while an angst ridden voice shouts in the distance. The thunderous "Kuroi Ame" is accompanied by an abstract wash of experimental sounds as a tragic mood moves throughout the track. The crushing beat of "Nuit" set to a rousing chorus of reverberated vocals and haunting tones sounds like music from a bar scene of a twisted 80's horror film while "Vision" brings to mind early Sonic Youth and DNA. Everything breaks down on the noise infested "Red Light" which moves along at a snails pace and harnesses an element of primitive energy and grime. A powerful collection of bleak , desolate doom rock that leaves me asking for more. 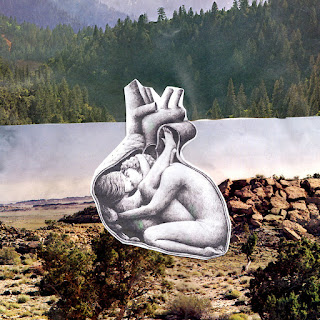 Skyler Pia "And Yet?" E.P. (skylerpia.bandcamp.com)

Skylar Pia makes simple left of center acoustic songs backed by lush dreamy soundscapes that offer a very organic appeal. "Tremuous" features an intricate guitar riff accompanied by Sklyer's voice that conveys a spirit of openness and honesty. He is joined by the beautiful presence of vocalist Ali Burress for the song "Oregon" which to me sounds like the musical equivalent of a nature walk. "Mothing" (which also features Burress),follows a rather basic folk type pattern before it launches into mysterious territory as the music takes an ambient turn that includes the sounds of an elegant piano as the music seems to venture off into uncharted lands. "I Stare At Walls" has a very adventurous sound while the E.P. ends with the slightly darker feeling "Oceantype". I really like Skyler's ability to combine traditional songwriting formats with enlightening atmospherics and breathtaking experimentation. A beautiful release worthy of deep exploration. 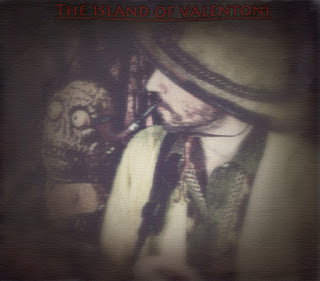 Experimental composer Stuey Valentoni reaches new heights on his latest release "The Island Of Valentoni". Opening track "Voodoo Swamp Surfin'" begins with a galloping beat that then turns into a full on blast of guitar and organ based garage rock that channels classic spaghetti western soundtracks but with an experimental twist. "Spectral Forrest" takes you on a haunted safari ride with it's wash of dramatic sounds that create a sonic landscape of curiosity. Things get very orchestral during "A'papi" with it's twisted strings that sound like they are on a mission to summons a ghost while "Star Hymn" moves with an intoxicatingly eerie appeal. The somber sounds of "Myesis" serve as an insisting interlude before being taken over by the droning lull of "The Contract With The Earth". At last you reach the soothing mood of "The Golden Lagoon" which is drenched in electric piano and a shuffling vintage electronic beat. It moves with an enigmatic swagger and jazz like tone. Everything is capped off by the sinister sounds of "Shrunken Head Blues" which is a voodoo driven masterpiece that falls someplace between Screamin' Jay Hawkins and Tom Waits. A phenomenal album that takes you on a vibrant cinematic journey.

Posted by Custom Made Music at 7:00 AM