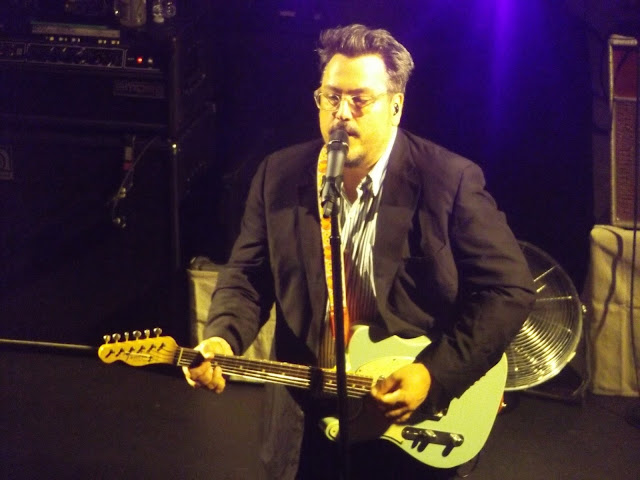 They Might Be Giants continued their series of performances at The Music Hall Of Williamsburg with a show focusing on material from their second album "Lincoln" and selected tracks from their legendary "Dial-A-Song" collection. Formed in 1982 by John Flansburgh (Vocals, guitar) and John Linnell (Vocals, accordion, baritone and bass saxophone, clarinet, and keyboards), the band have a special relationship with their fans and attending a TMBG show is an experience unlike anything else. Much of the audience know the words to every single song and sing along happily throughout the show. The band also regularly tell stories and make jokes that in most cases would have their audience scratching their heads or yelling for the band to "shut up and play" but in the case of TMBG's it's all a part of the fun and the crowd wouldn't want it any other way.

Opening number "Pencil Rain" started things off with it's galloping beat and stoic vocal stance. The crowd shouted out with joy and excitement as the band launched into "Damn Good Times" followed by cheerful versions of "The Worlds Address" and a cover of Destinys Child's "Bills, Bills, Bills".

The set carried on with the classic "Istanbul (Not Constantinople)" and fan favorites "Cage And Aquarium" and the country inspired "Number Three" which really got the crowd moving and dancing. The backing band made up of drummer Marty Beller, bassist Danny Weinkauf and guitarist Dan Miller where nothing short of phenomenal as their in the pocket precision playing was spot on. 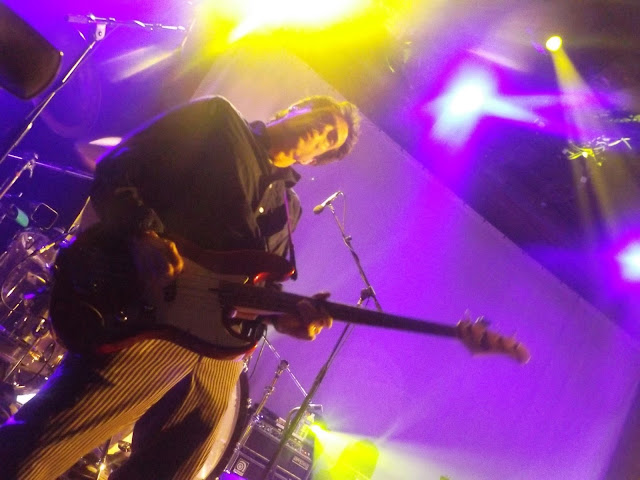 It was Andrew Harris of Jersey City's 12th time seeing TMBG, "There's just no other band like them" Harris grinned. "I first saw them in the early 90's in Detroit and was blown away by how the two John's play off of each other". "It's one of the greatest partnerships in music". Liz Lundberg of Brooklyn says "I know all of the words to the songs on Lincoln and I get excited when I hear the opening chords of each one", "every time I see them they have such a fun time, and there's always a lot of room to improvise.", "You can tell that it's not rehearsed.", "What TMBG brings to the stage is organic and I think that honesty is what attracts their fans.", "Their music is challenging but not overly complex. Their not trying to evade anybody and I think that's something to applaud". 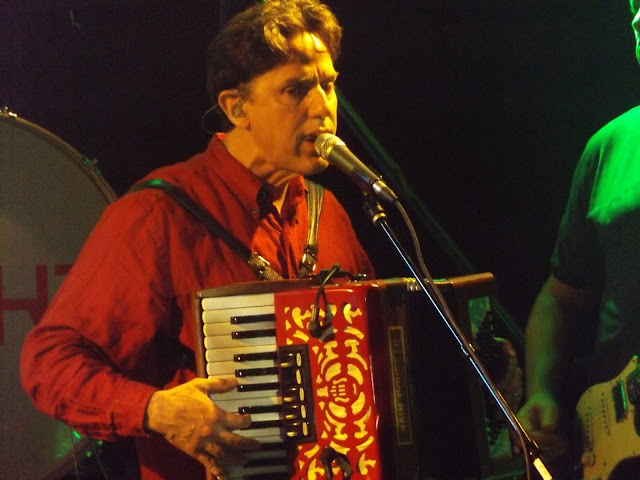