Lucid Dreamtime - An Interview with Ricky Turner Of Howling Cloud 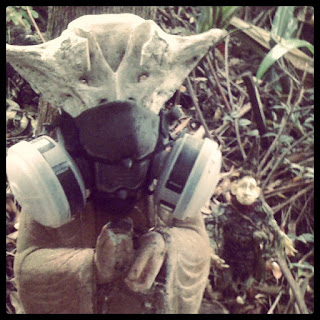 Brisbane, Australia musician Ricky Turner makes his unique brand of music under the name Howling Cloud. His latest E.P. "Lucid Dreamtime" is available now as a limited edition cassette from Custom Made Music. You can pick up a copy at custommademusicva.com or howlingcloud.bandcamp.com Ricky took the time to discuss the music that influenced him early on, movie soundtracks and the recording process of the E.P. Enjoy the interview below and have a listen to his tracks "Acid Rain" and "Deadman Dreaming".

CMM-What's the first music you remember hearing as a child and what artist made the biggest impression on you?

Ricky-It must be hearing my dad blasting AC/DC in the car heading to the coast on weekends. It was hot, fast, and loud - seeds were definitely planted there. But I think it was hearing the likes of Pink Floyd and Led Zeppelin from my parents collection that really gave me the music bug.

CMM-When did you start making music of your own and what was the first instrument you learned to play?

Ricky-First started with acoustic guitar in my early teens I think. Pretty early on I was getting more enjoyment from playing around improvising tunes than I was learning songs or getting lessons, so really i've been making my own music ever since then. I'll pick up most things pretty quickly and have a play but i'm generally satisfied with that, a 'jack of all trades' I guess.

CMM-Did you play in a lot of bands growing up?

Ricky-There was pretty much always a group of friends who I was jamming and playing songs with, but nothing serious.

CMM-When did you start making music as Howling Cloud?

Ricky-About 5 years ago. I started spending a lot of time taking instruments with me on bush walks, playing in different spaces, making field recordings, etc. So the project was born out of those experiences.

CMM-Your latest release "Lucid Dreamtime" is an eclectic collection of experimental psychedelic sounds. What was the writing and recording process for it like?

Ricky-As mentioned above, playing and recording in the bush was the foundation of the project but the process itself varied a fair bit. Some songs are based on riffs that came to me in certain places then recorded back in the studio, sometime i'd set up drones and try to 'tune in' to the surrounding sounds then play along, or watch a tree sway and try to mimic it's movement musically...basically the whole ritual turned into a bit of a personal journey for me, and so in the end some of the music is written to try and help the album convey that. 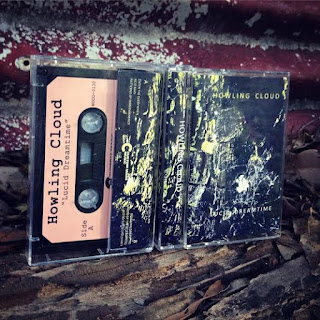 CMM-Any particular gear you used on it.

CMM-What direction do you see the next Howling Cloud recordings moving in and what do you have planned for a follow up release?

Ricky-I have a few recordings already that will probably end up on the next release but at this stage i'm still unsure when that'll be done. It's a fairly slow moving beast so far and will probably continue to be that way. I'm also busy with my electronic side project at the moment, so I daresay the next Howling Cloud album will likely be more synth heavy.

CMM-If you could do a movie score for a film by any director who would it be and why?

Ricky- I love Alejandro Jodorowski's films, they're very surreal and there's heaps of room for various styles of music to be sown together, so I'd have a lot of fun with that. Jim Jarmusch's "Dead Man" would be a film id love to do, except that Neil Young already did the perfect soundtrack!

CMM-How about a collaboration with any other musical artist?

Ricky-Maybe Dylan Carlson from Earth, I just feel like I really "get" his musical style, so patient and spacious.

CMM-What are you long term goals as far as the music of Howling Cloud? Do you consider it a lifelong project?

Ricky-It's hard to say much in regards to the long term/lifelong status of Howling Cloud. I've always taken a "go with the flow" approach so I'm usually just dealing with the present moment with little attachment to end results or goals. For now I'd like to finish the next album and focus on some ideas I have for sound-art installations, and see where things go from there. But I'm always open to whatever comes my way, so who knows, maybe an 8-piece live show world tour one day?