"Five For Friday" with John Innes of Savage Cut 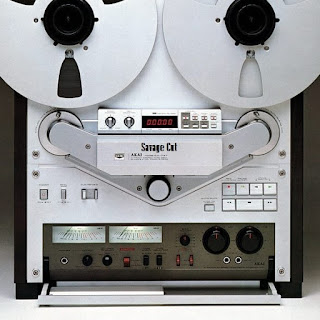 Based in West Lothia Scotland, Savage Cut have quickly been making a name for themselves with their experimental/post punk sound and no holds barred attitude. Bassist John Innes shares some of his favourite songs in this weeks edition of "Five For Friday" but first listen to "I Can Kill You With My Brain" available as a limited cassette single June 22nd on CMM.

If I could play bass like anyone in the history of pop music, it would be Bob Fairfoull. Not technically brilliant but just honest pure rock and roll with attitude and one of my favorite bands.

The greatest live band that i have ever seen. Truly awe inspiring genius.

Must be up there with the "best songs I wish I had written" What a bass riff, and what an amazing tone.

"Cinderella" by The Sonics

Managed to see them on their last tour. Have been a fan since I was a kid and never thought I would see them live. All old guys but still totally on it.